St Mary’ students and staff gathered in the final week of Term 2 for an assembly led by the student leaders. The assembly focused on Refugee Week, reflecting on Term 2, our support of Vinnies and celebrating those who excel in their service to our community and their personal achievements. Highlights of the assembly were Khin San’s beautiful singing and the awarding of the prestigious Spirit of Catherine Awards at each year level.

Amir and Grace presented a reflection for Refugee Week. They spoke about celebrating the positive contribution made by refugees to Australian society and about this year’s theme of Unity which promotes harmony and togetherness. This reminds us that, regardless of our differences, we all share a common humanity.

We have a large population of Karen students in our school and Australia. Karen people are fleeing their country due to a civil war in their homeland which makes it unsafe to live there anymore.

In this short video, Najeeba Wazefadost who fled Afghanistan at 10 years old with her parents, shares a very personal story of the experience of being a refugee. Najeeba sought asylum from Australia by sea in September 2000.  She spent several months in mandatory immigration detention before being recognised as a refugee. Najeeba says, “Leaving your country is one of the most important decisions a human being can be forced to make.”

Liz spoke about being a reGEN school and how it is our duty to look after the planet. She asked that everyone makes a conscious effort to dispose of their waste properly by using the appropriate bins and foreshadowed the new bin system to be introduced in Term 3.

Lucy congratulated the following students how have excelled in their achievements with sport and the arts this year:

Read more about the Spirit of Catherine Award Winners.

Tom addressed the assembly about the work of Vinnies and the donations requested from students to support the Winter Appeal, reminding us that we can ALL make a difference.

Kearley and Maya spoke about an initiative by VCAL students, which saw them making and donating meals to Bendigo Foodshare when they couldn’t attend their planned workplace learning due to COVID.

She encouraged us as we move into the break, to “take time to give thanks for those around us, those who encourage us to be comfortable in our own skin, help us achieve more, study harder, make the most of opportunities and make our community a great place to be each day, where we feel safe and respected.”

“There are things the poor prize more highly than gold though they cost the donor nothing: the kind word, compassionate look, and the patient hearing of sorrows.” (Catherine McAuley) 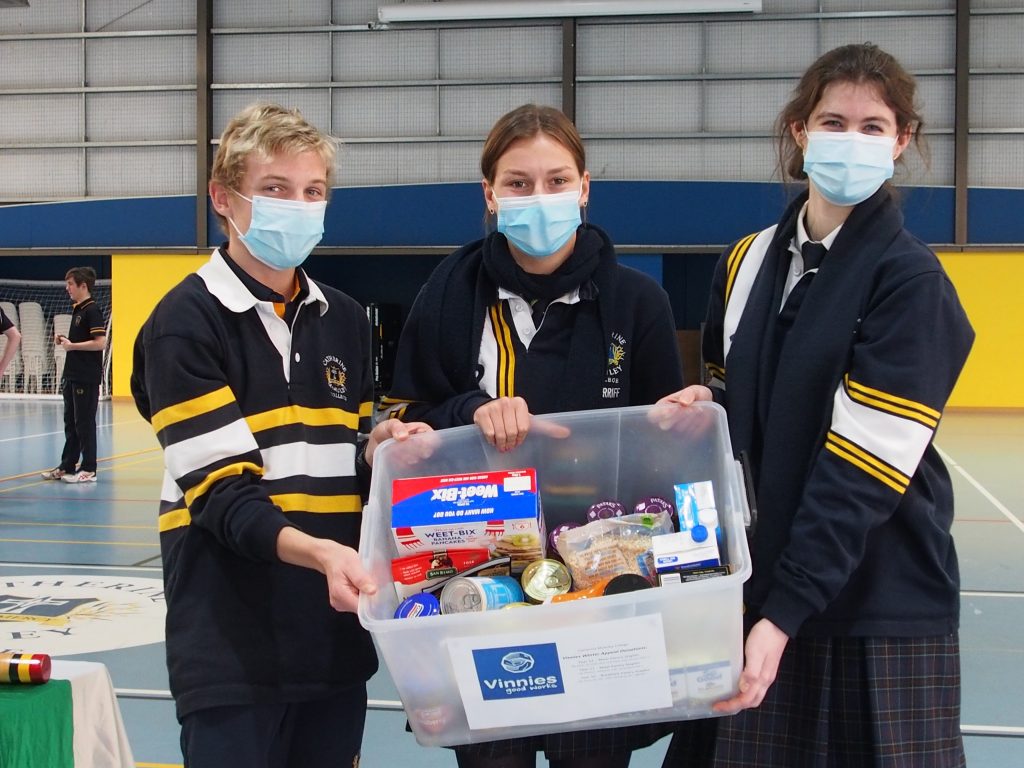 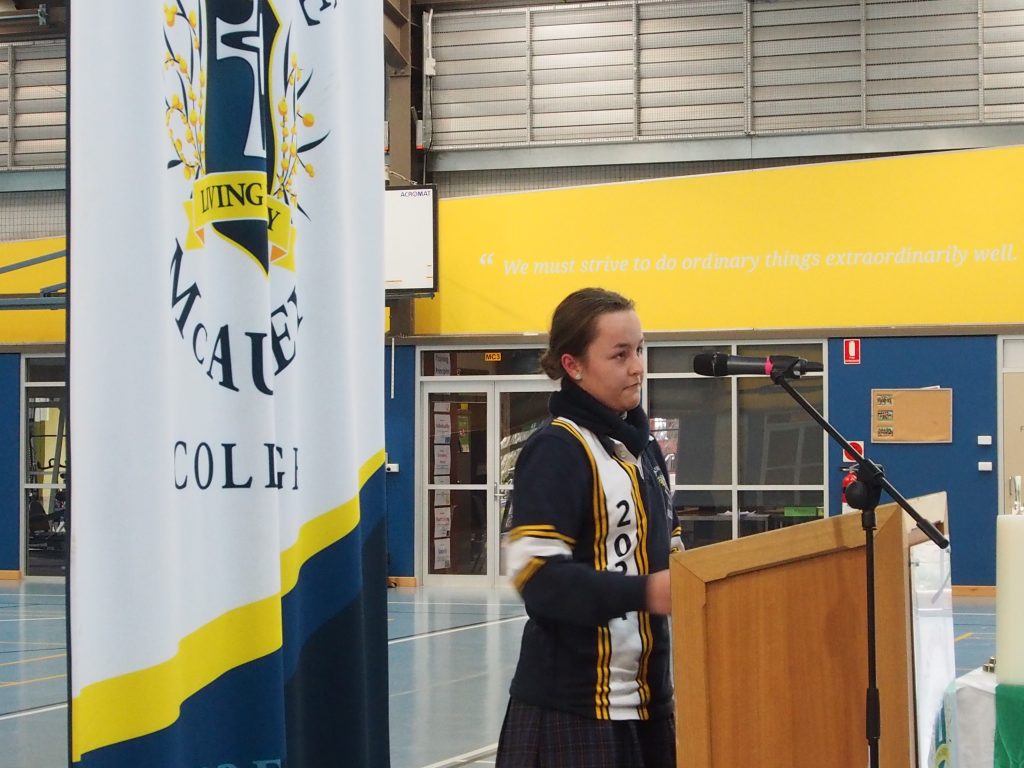 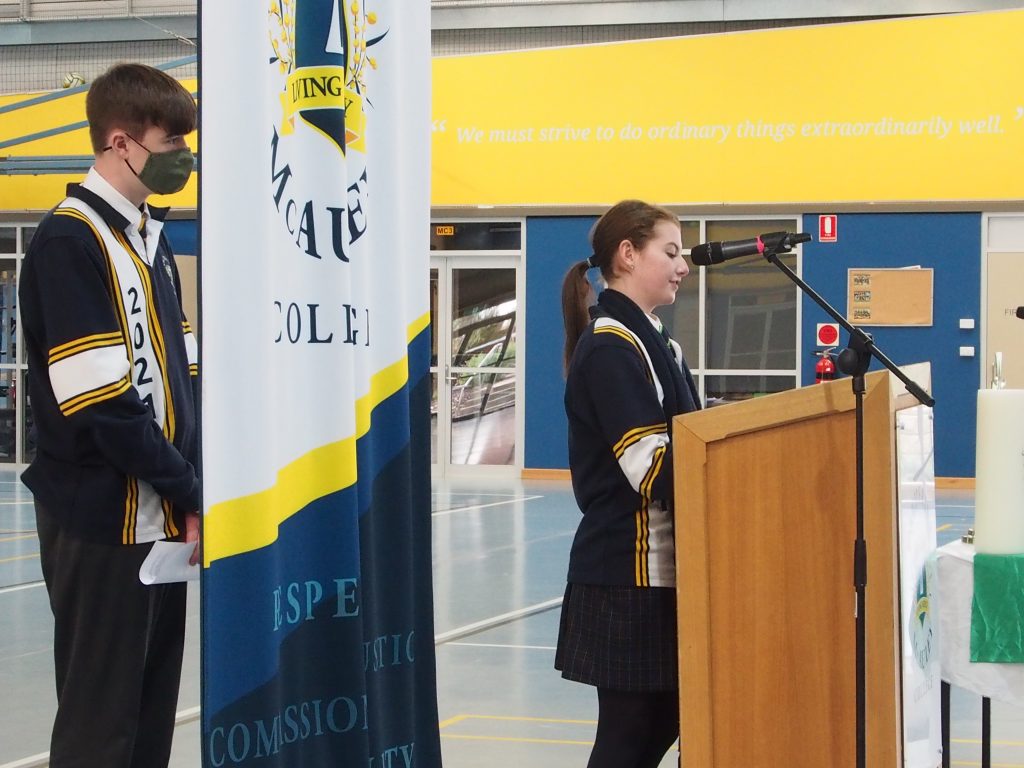 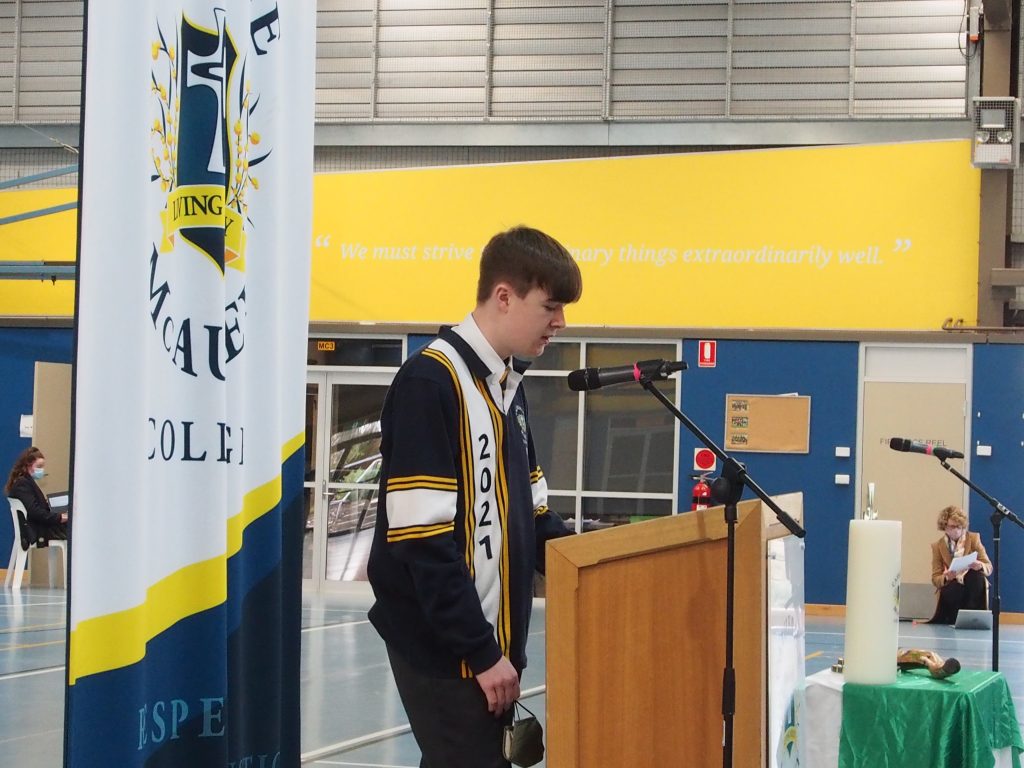 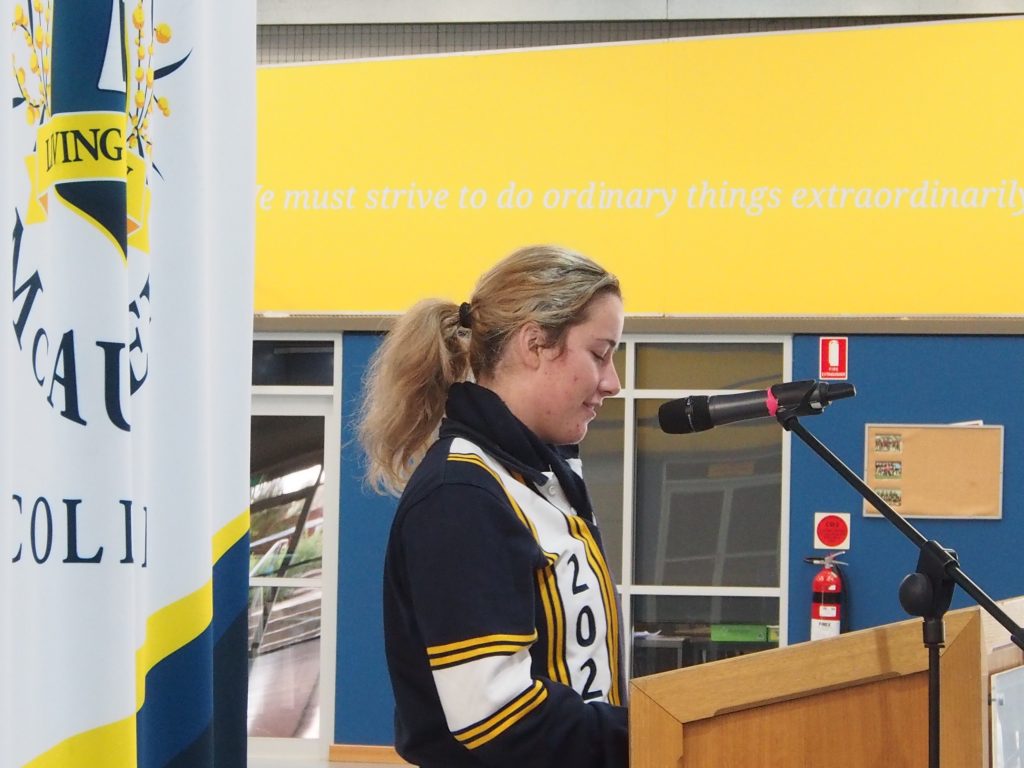 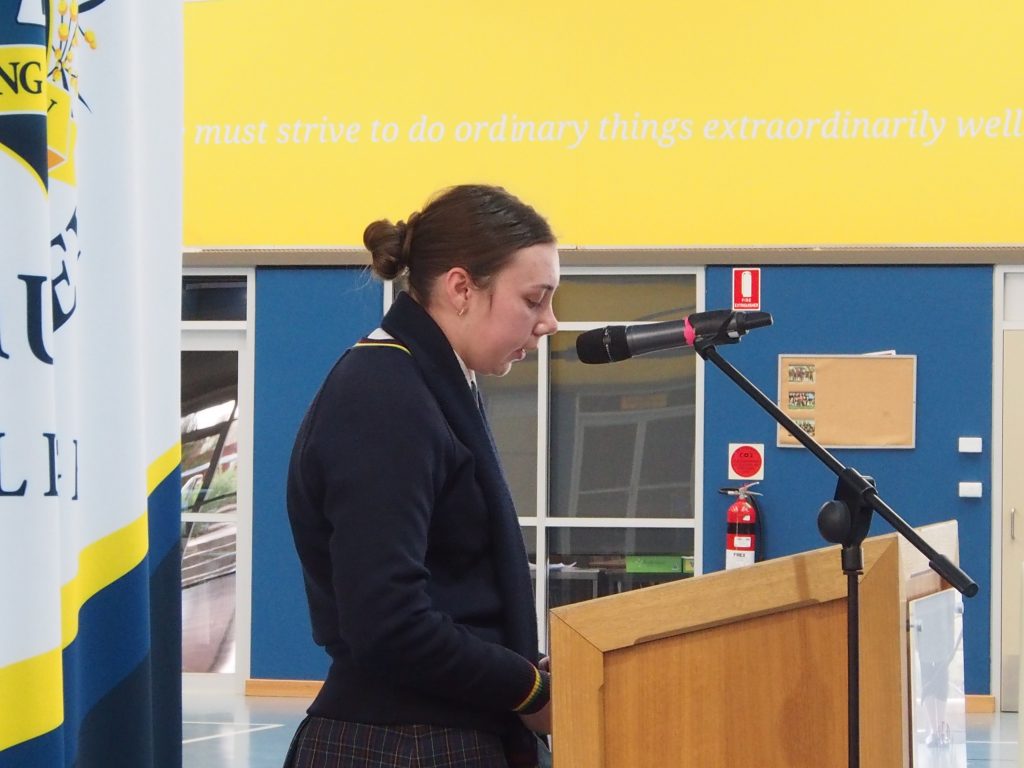 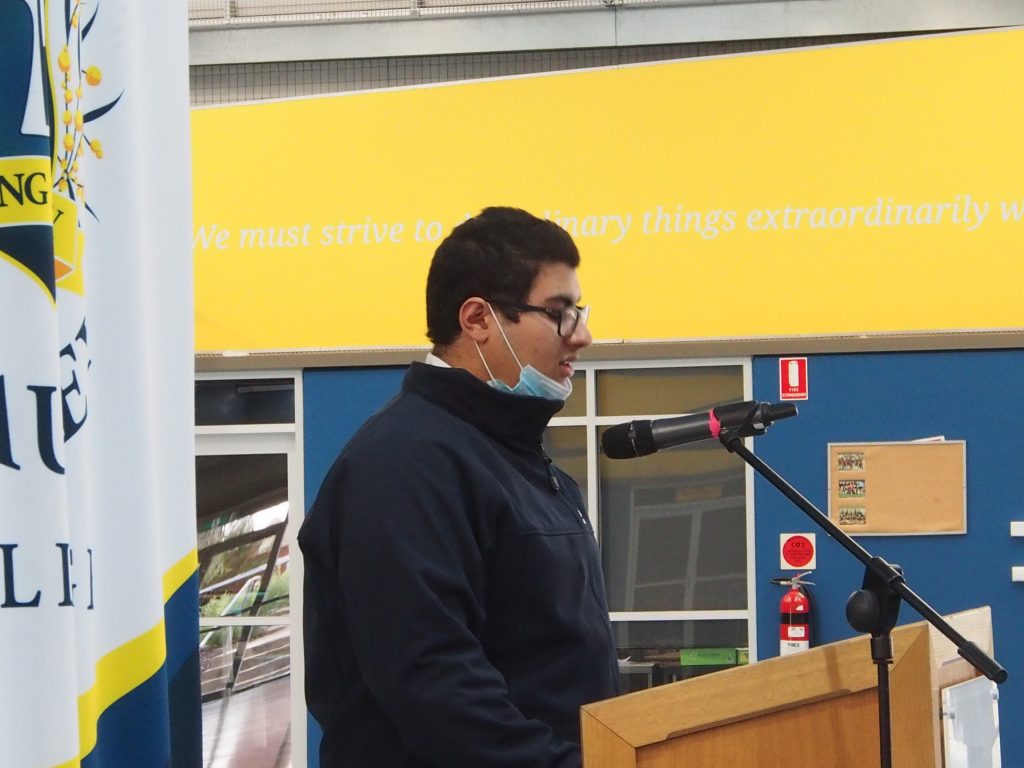 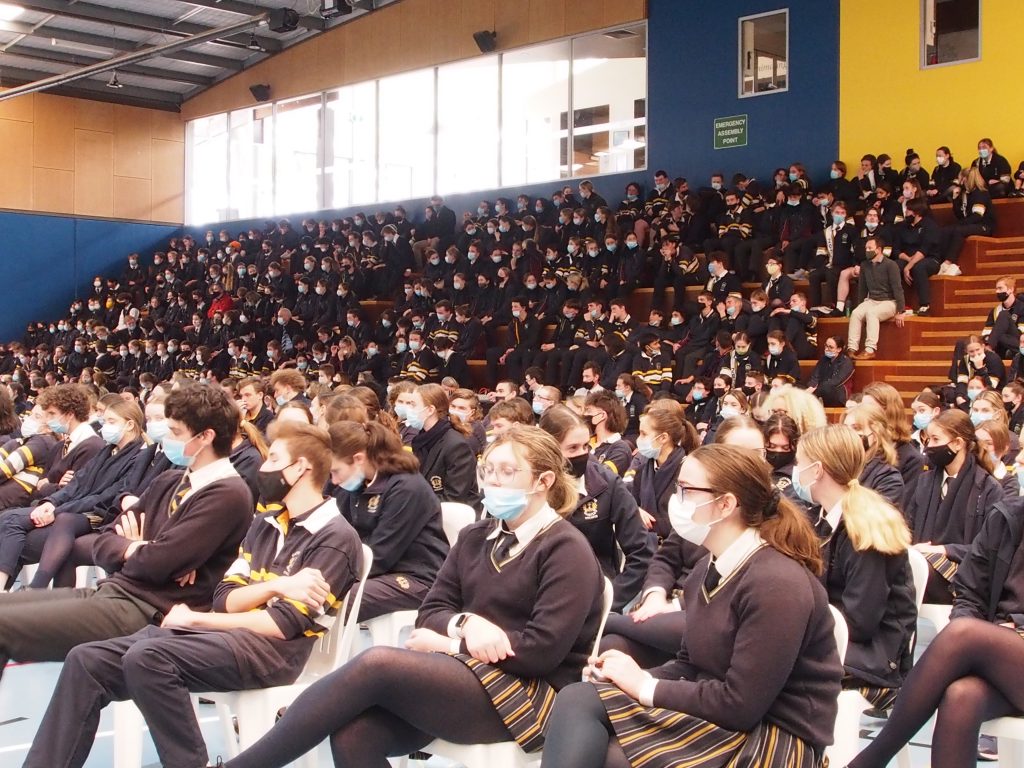 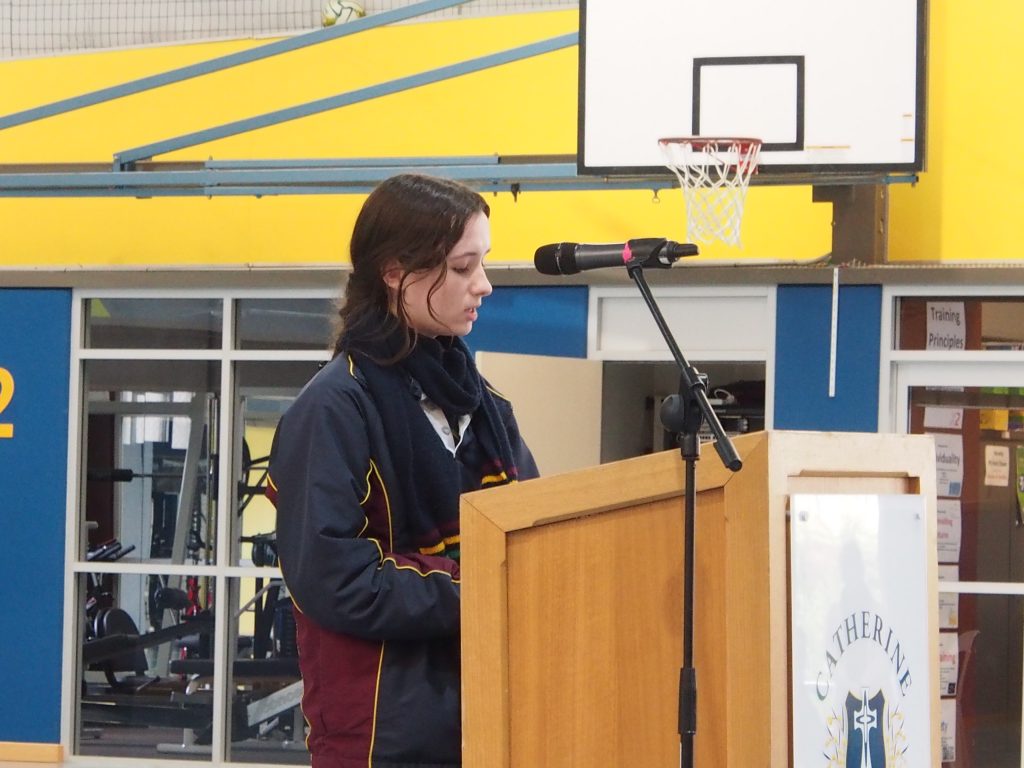 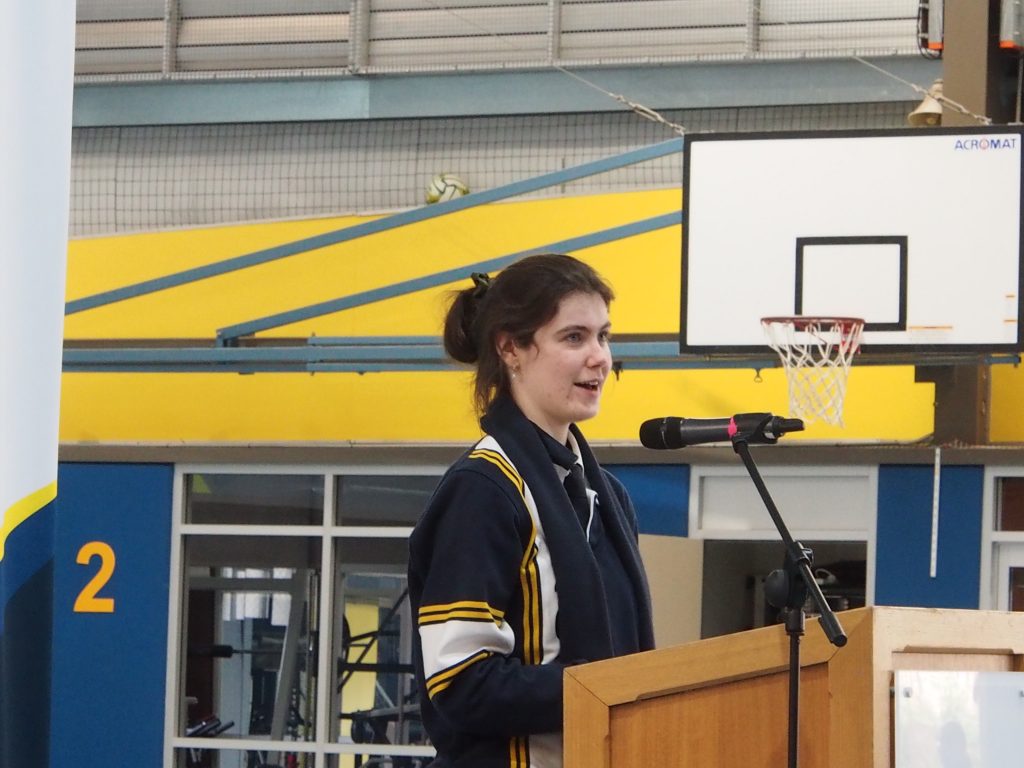 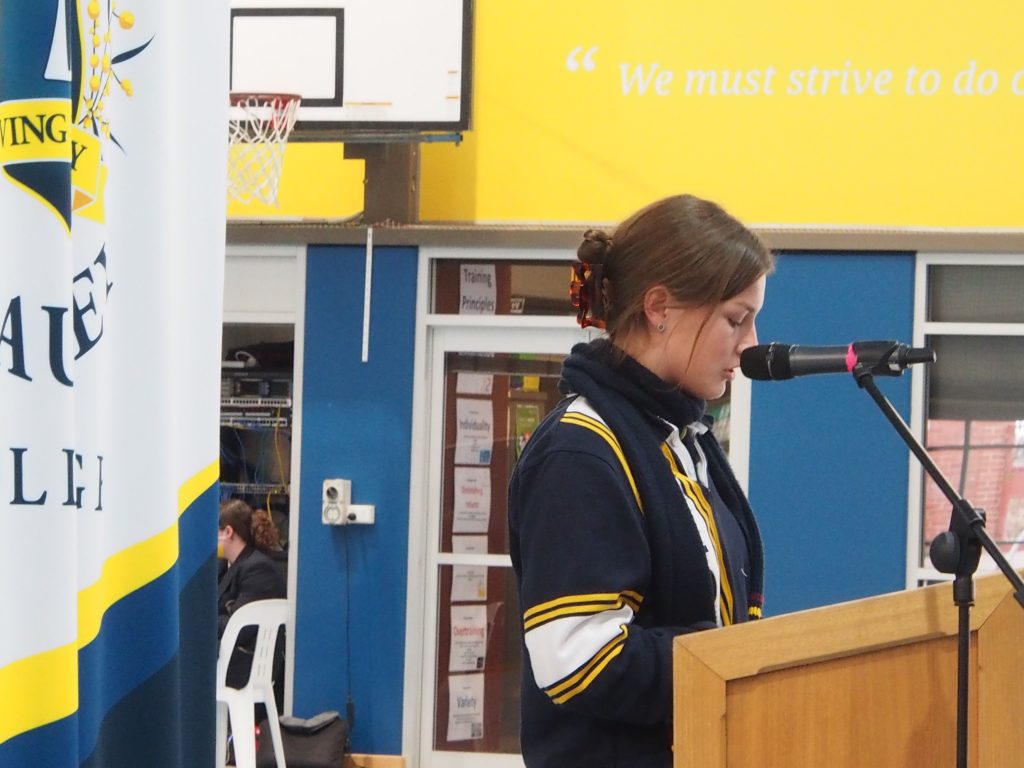 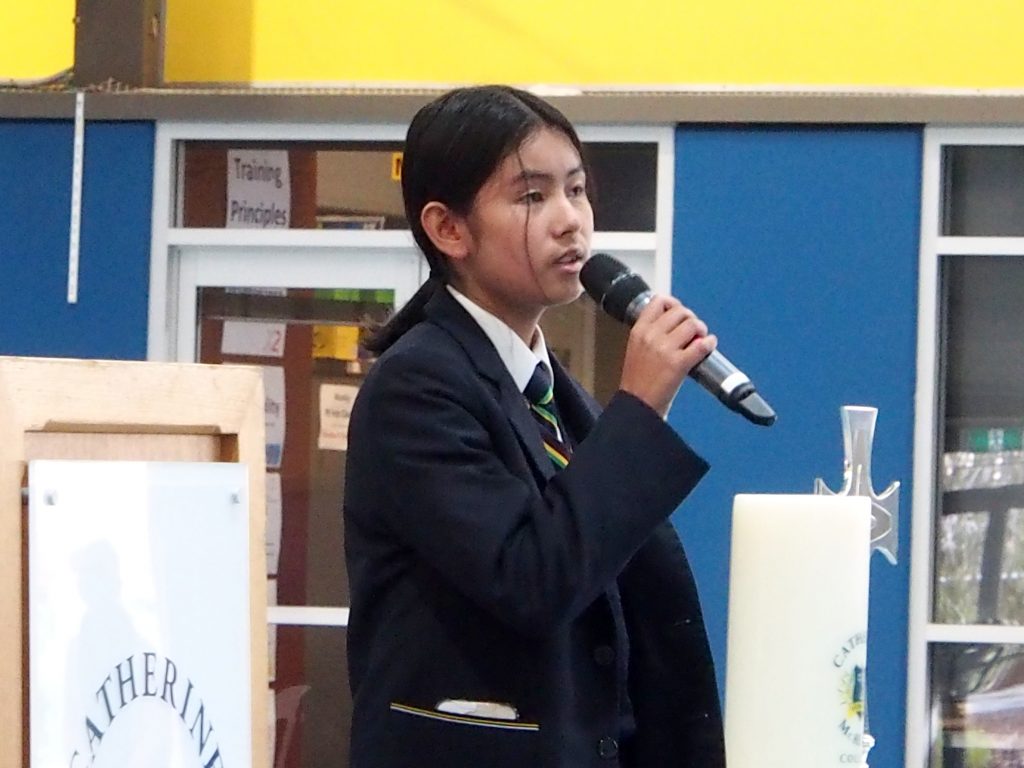 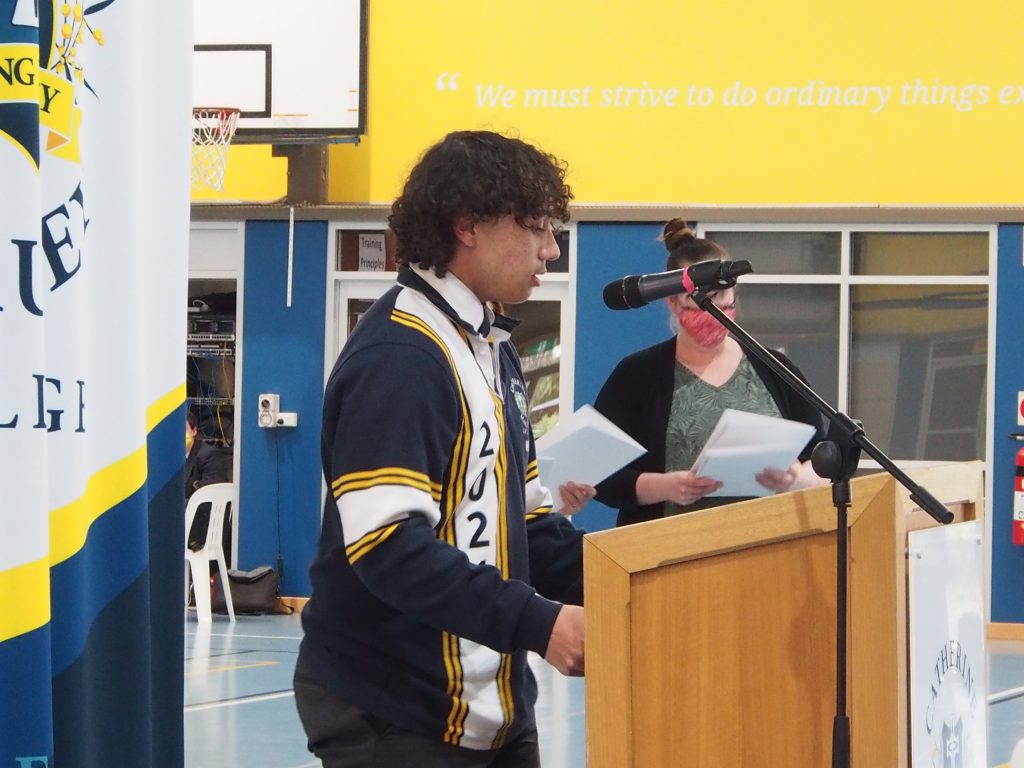 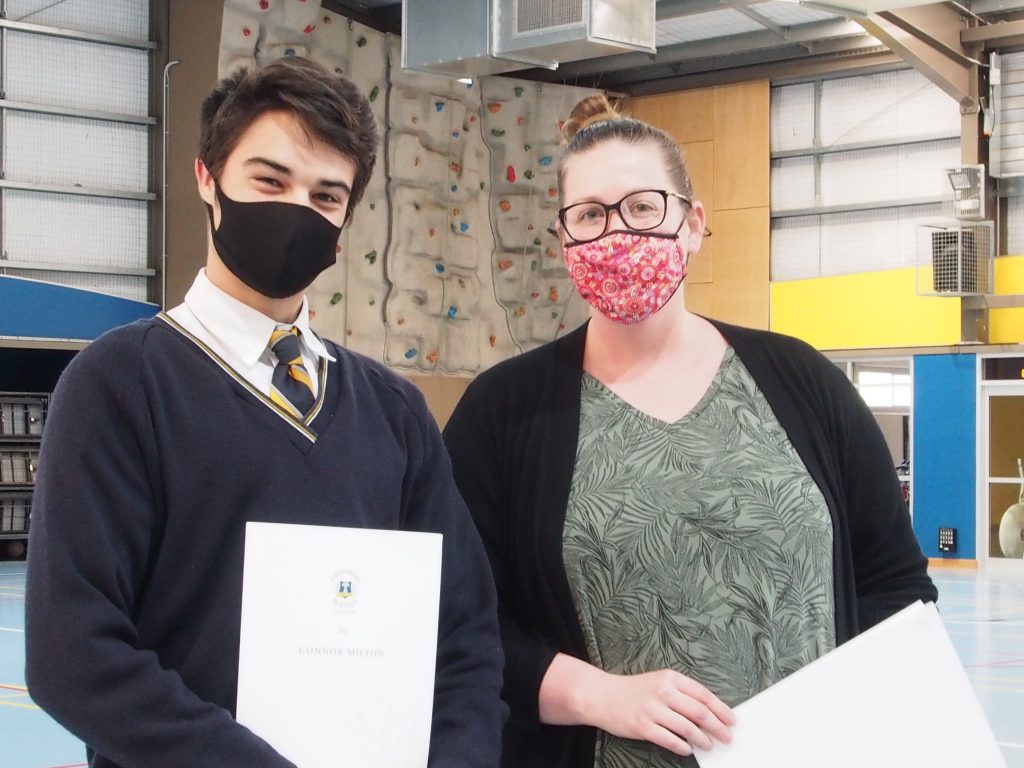 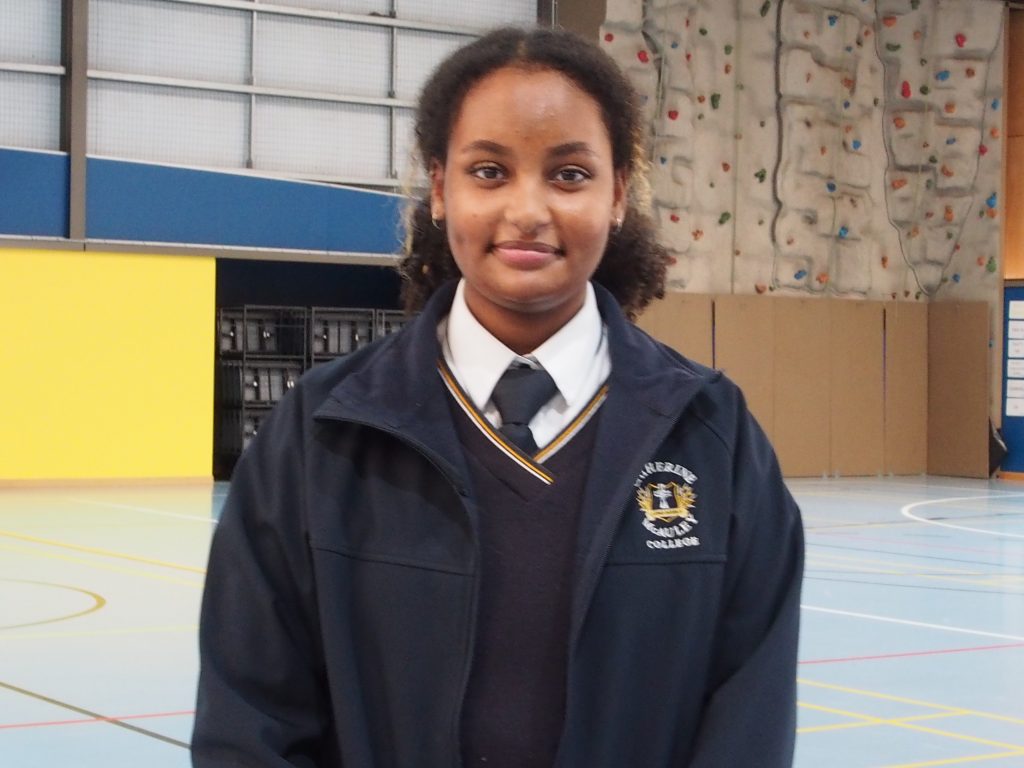 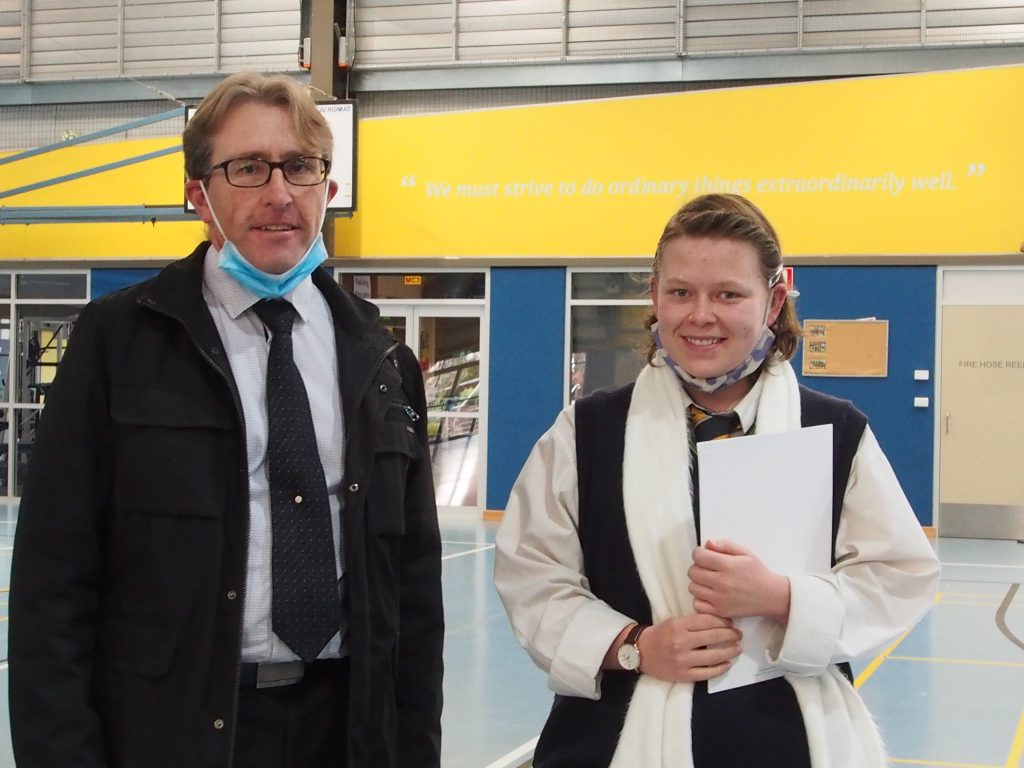 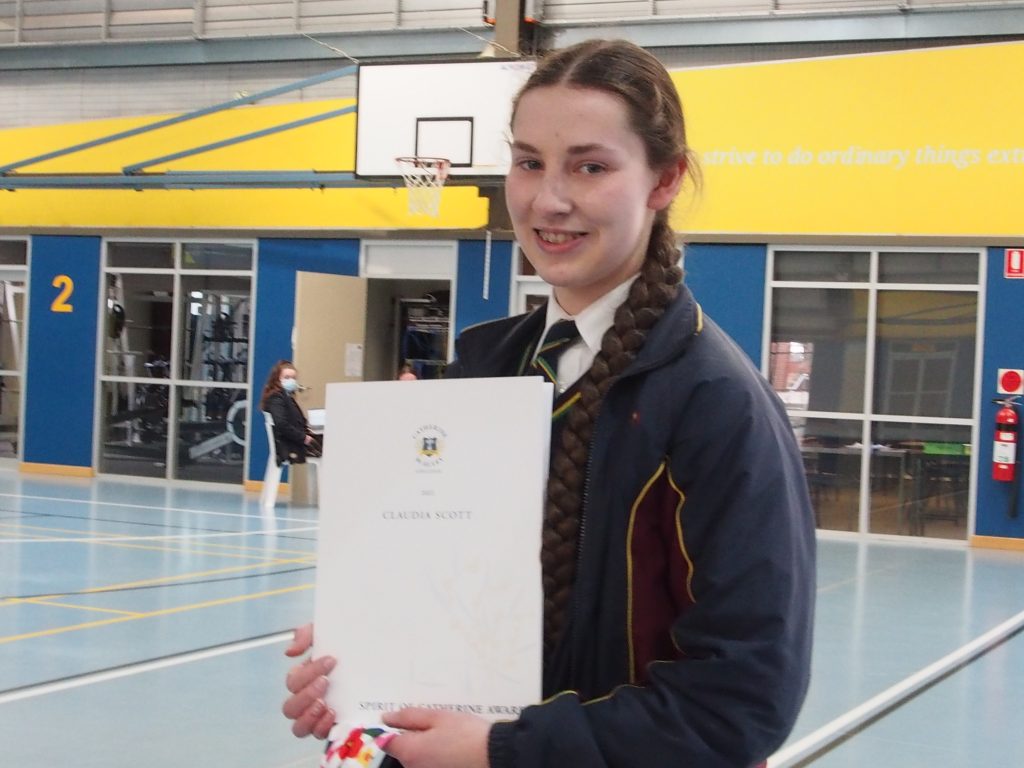 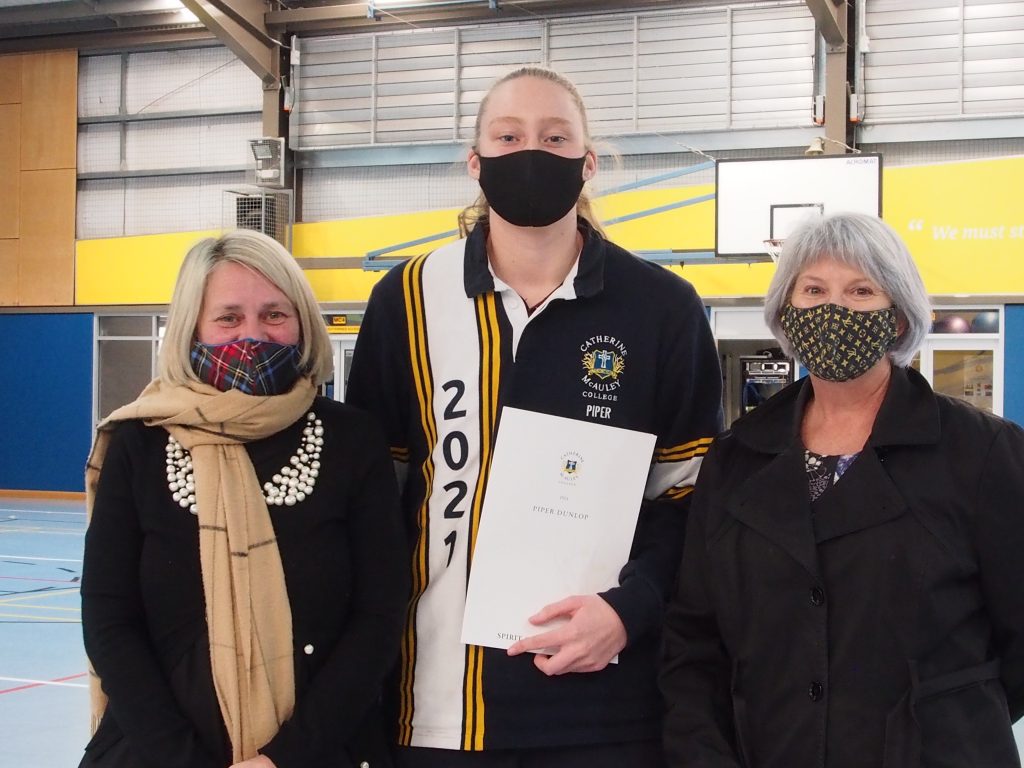 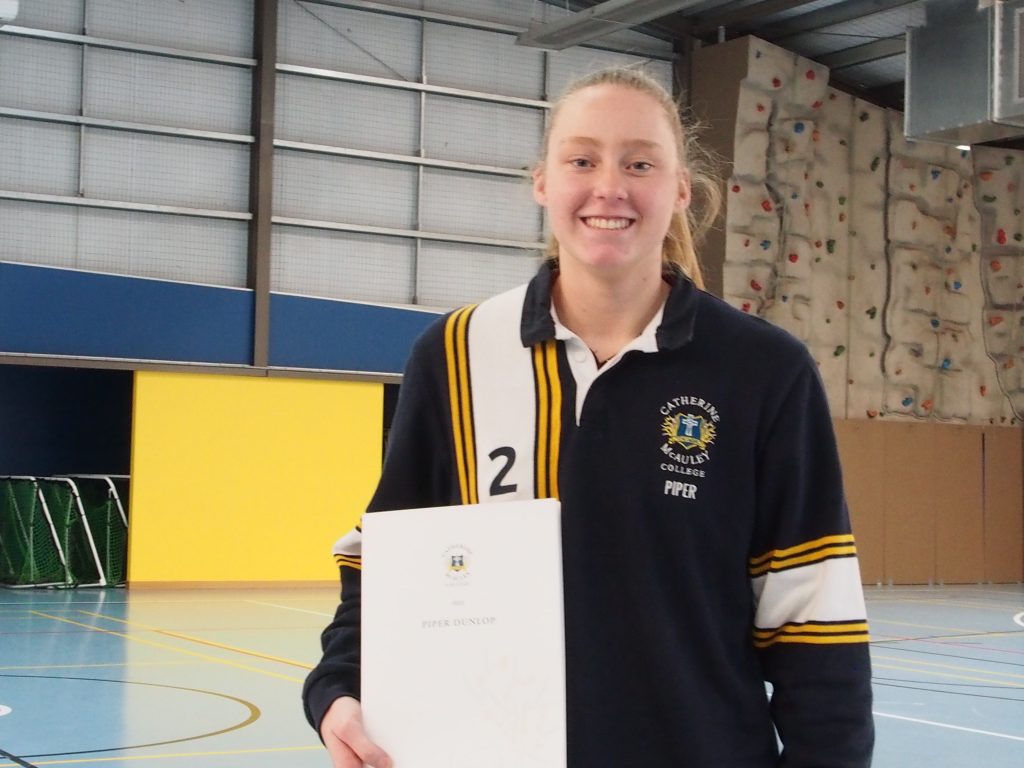 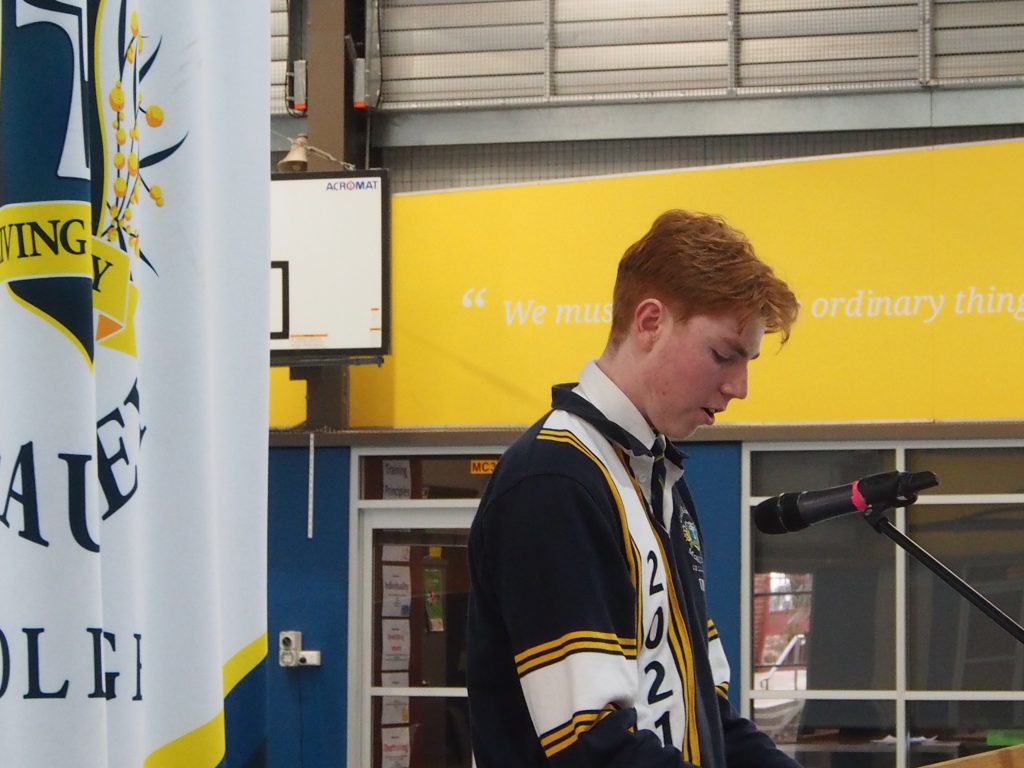 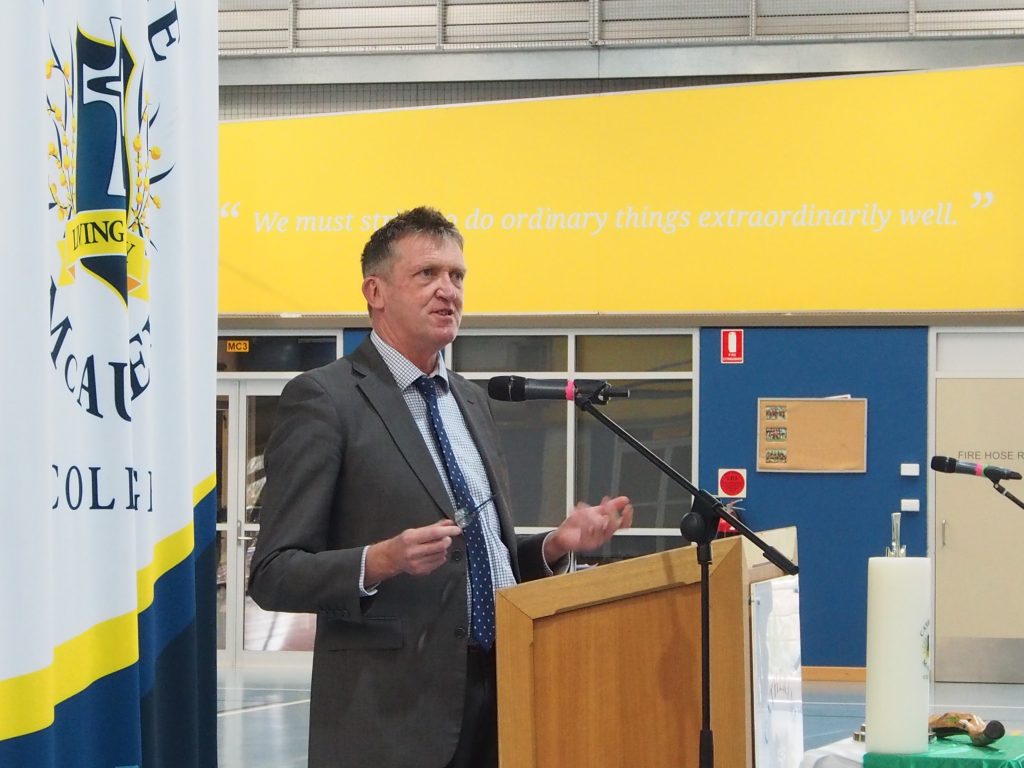 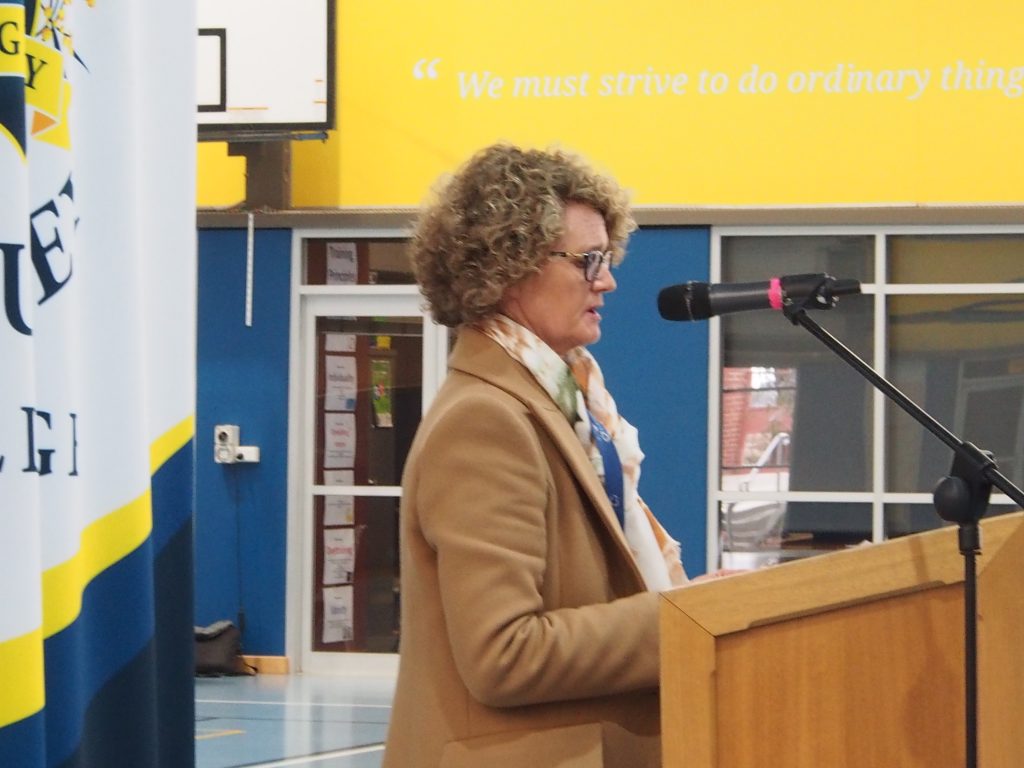 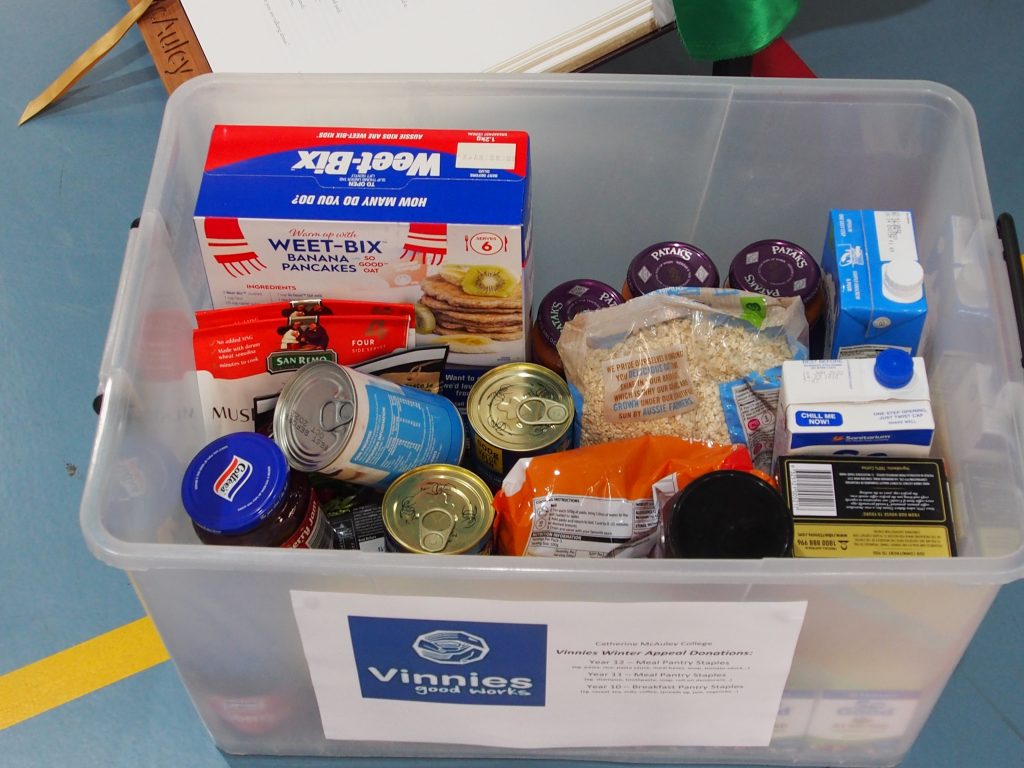