These striking illustrated historical vessels with contemporary components and media were created by Year 9 Art students. This term, they have been comparing Historical versus Contemporary Art. They have questioned “what is art history?” and studied how art movements are influenced. 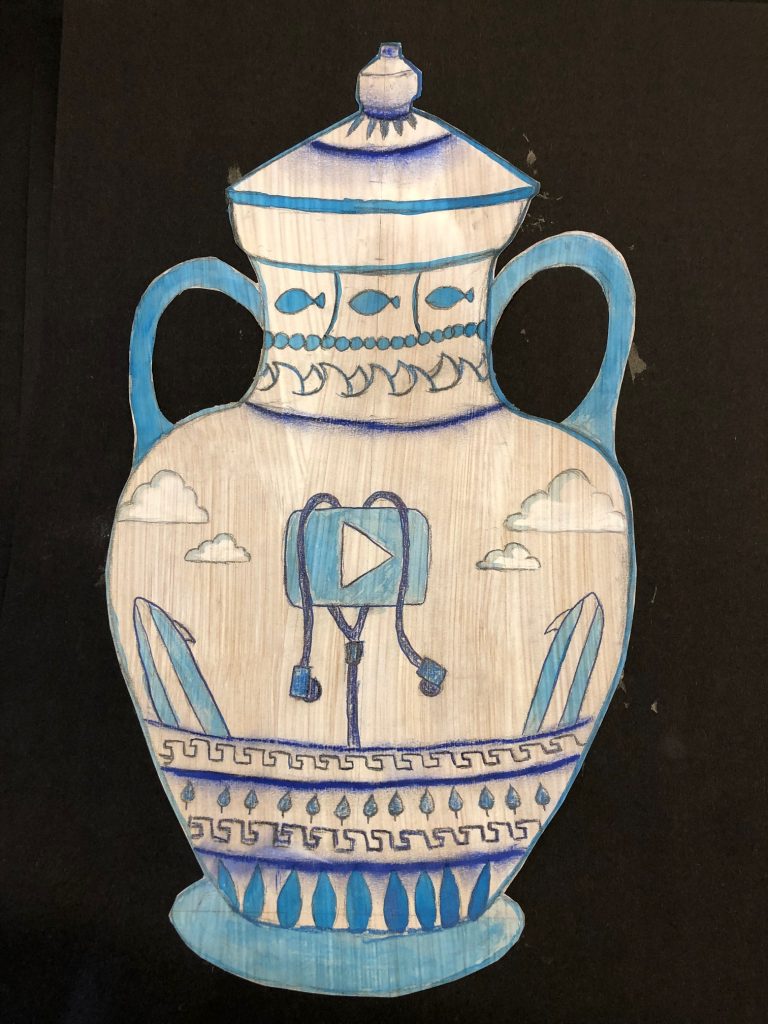 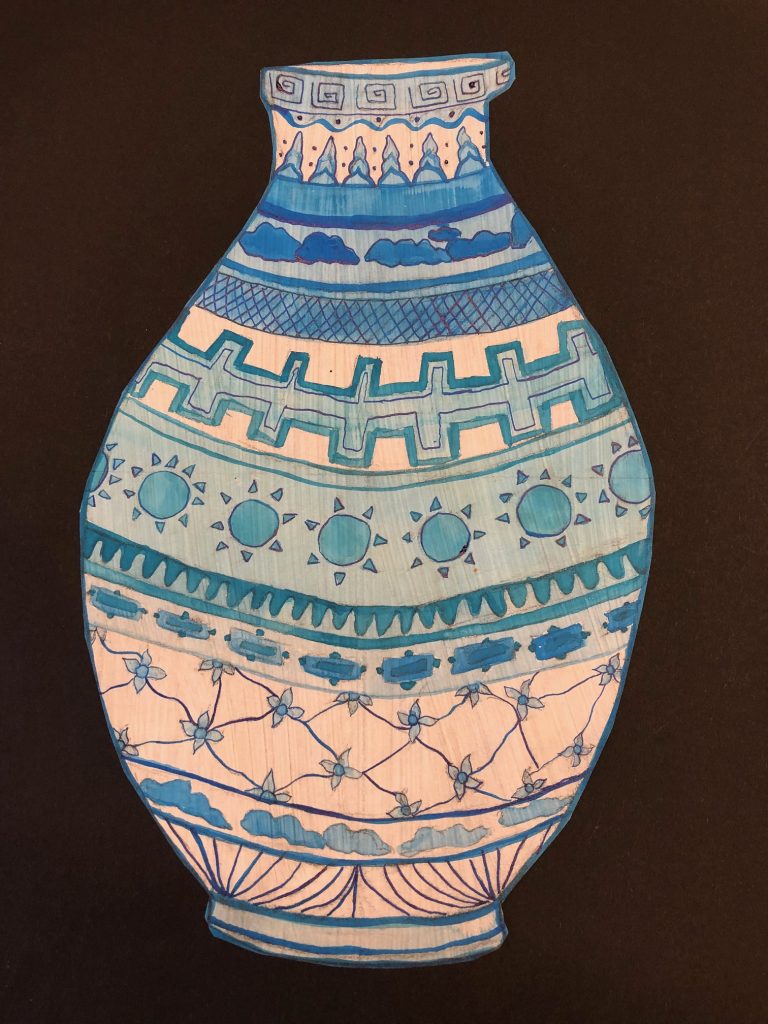 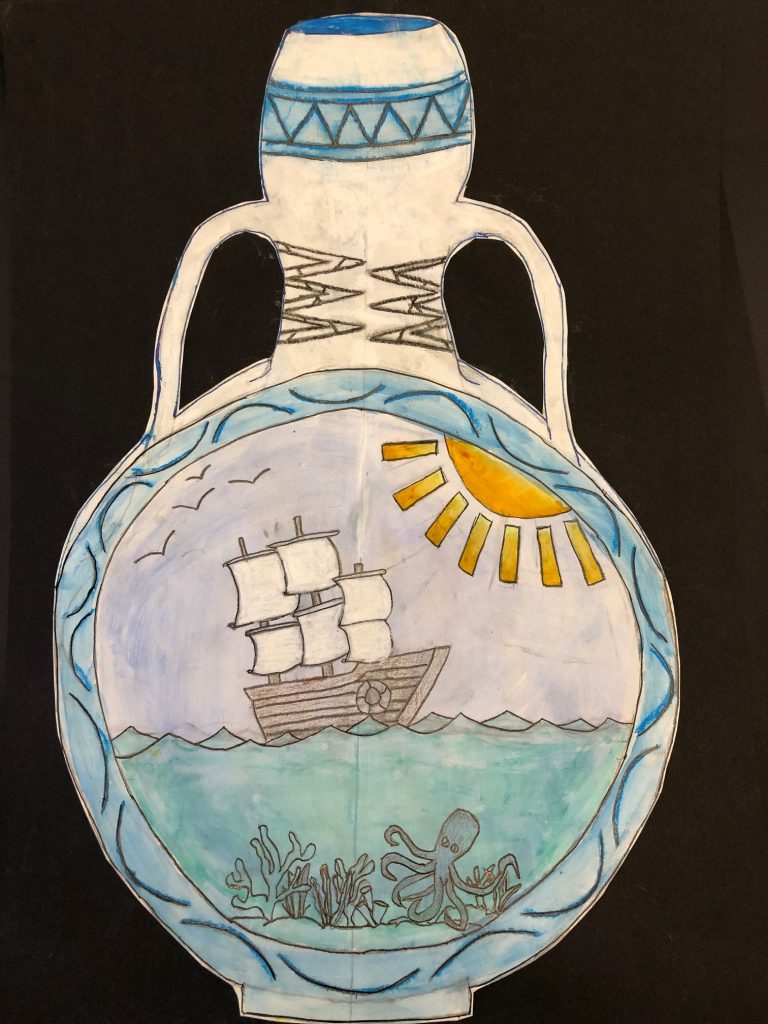 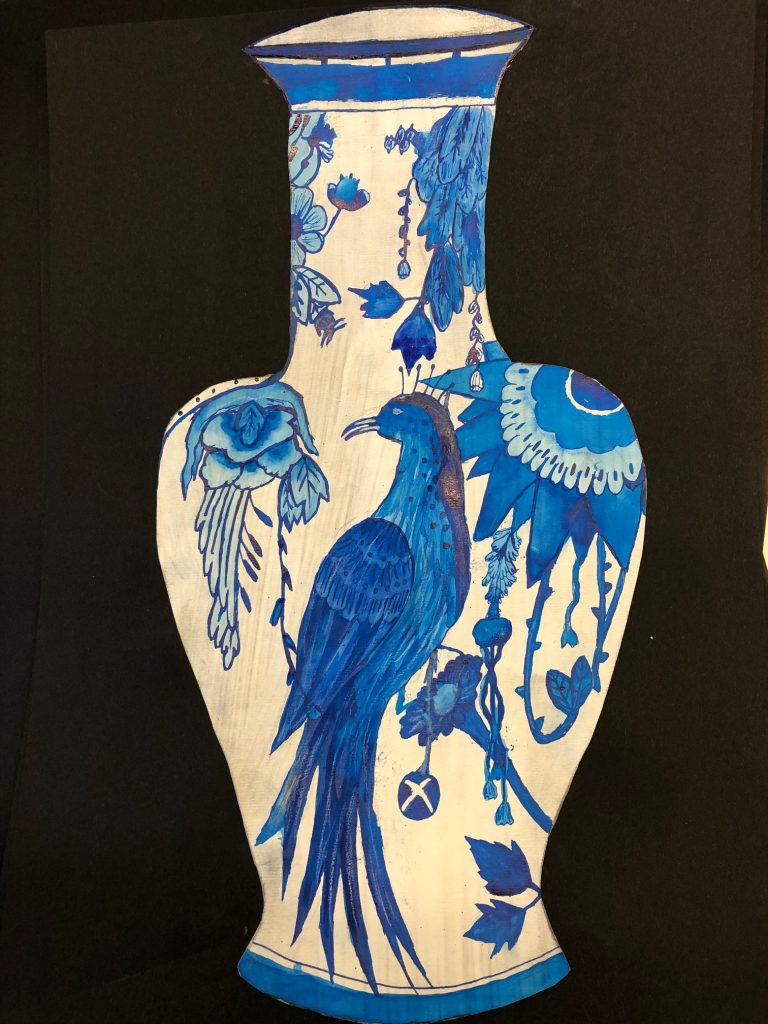 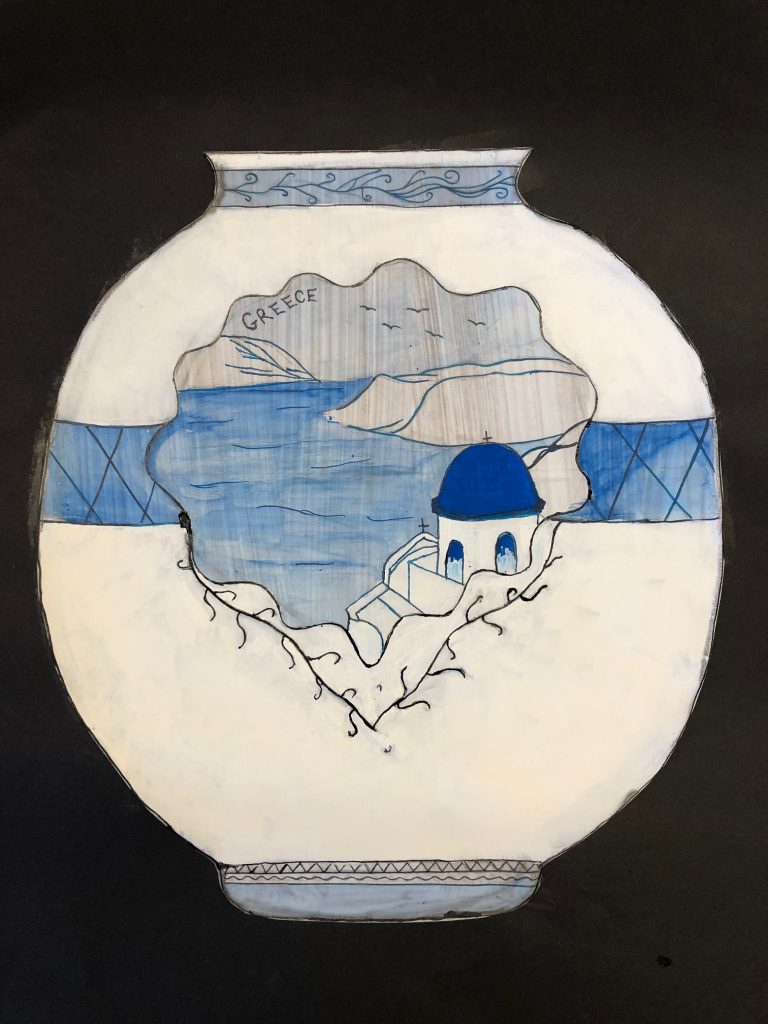 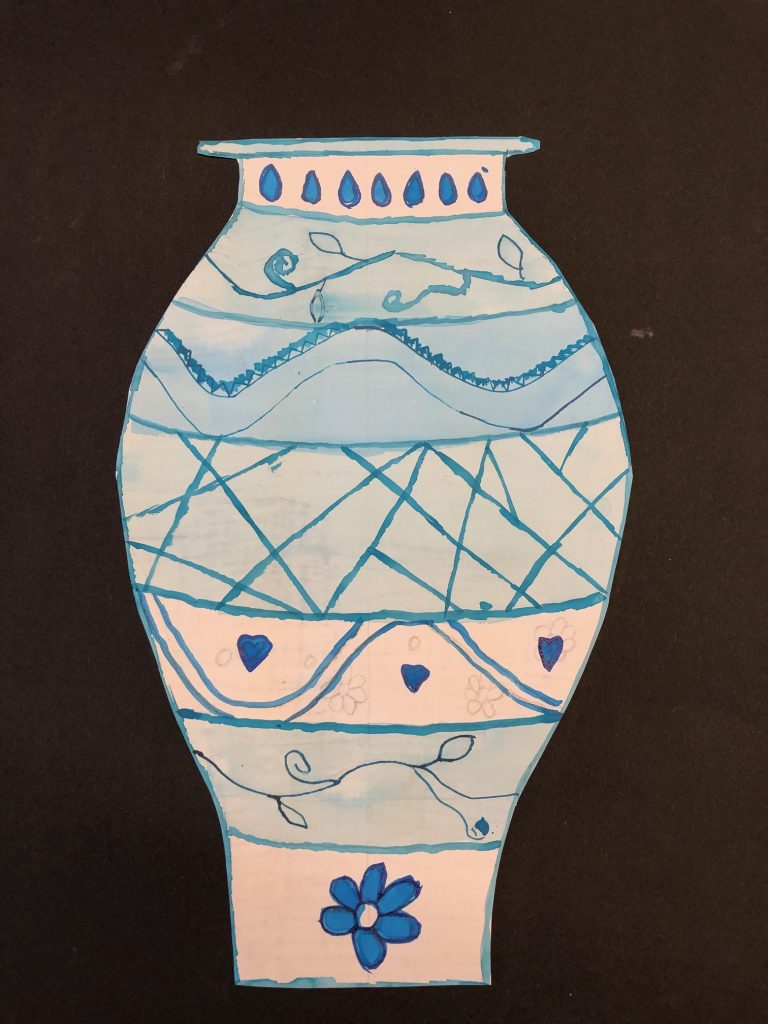 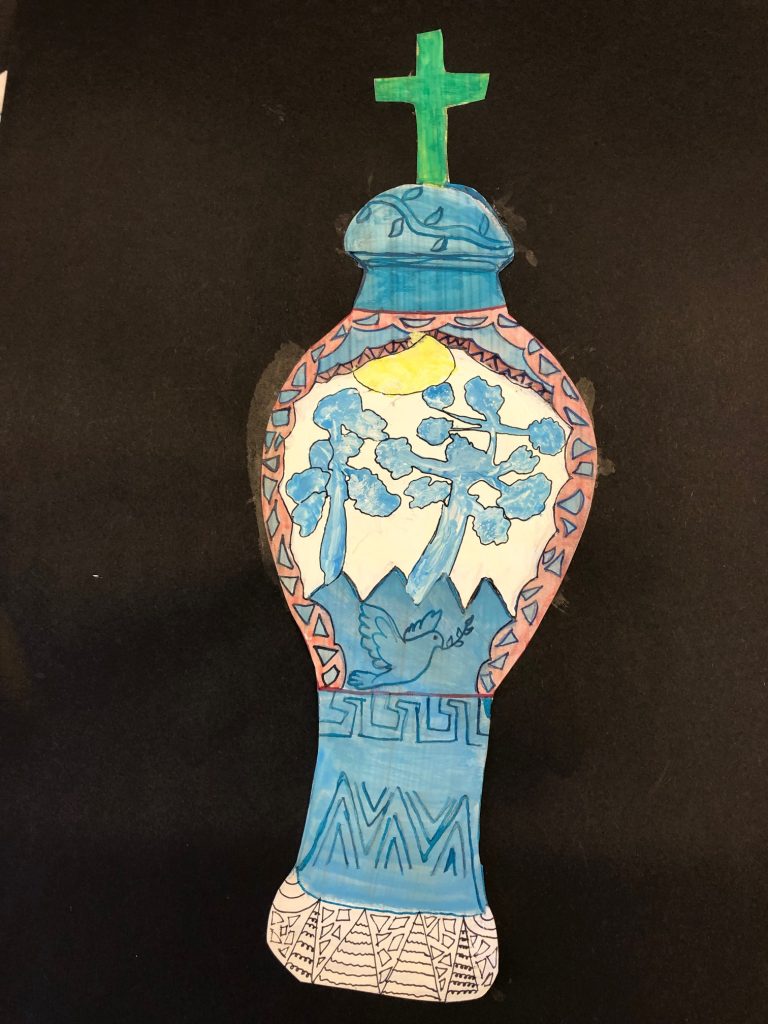 Lord of the Flies Acrostics

Three Year 9 classes have written acrostic poems inspired by the novel Lord of the Flies.

In an acrostic poem the first (or other) letter of each line spells out a word, message or title. In this case, LORD OF THE FLIES.

Students used their knowledge from taking part in Literacy Circles. They held group discussions on different aspects of the novel Lord of the Flies. Characters, themes, setting, symbols and events inspired their individual pieces of poetry.

Remember when everything was fine?

Exhilarating in the moment

Flickering under the harsh light of the present

Lights so dim yet blinding

Even the depressed looking plants seem to pity me

Solitude is not for me.

Left to fend for themselves.

Odds were against them.

Rescue is the only hope.

Fire was the only way to be rescued.

Torture and punishments given.

Each had their own ideas.

Fear of the beast.

Lack of order and discipline.

Sadistic actions by the tribe.

Listening to the music

Reasoned to believe the bad things are at rest

Drowned in what is considered happiness

Feeling to let in a few exceptions

Hearing thoughts coming in and out

Existing in the back of the subconscious

Lying to those closest

It’s too close to realism

Everything is crashing without permission

Sending away the music

Leader of some boys is Ralph

Oceans that isolate the boys

Fear of the Beasty

The plane which crashed

Heat from the fire the boys made

Emptiness from the isolation

Frightened from the boys savagery

Lifeless was how Piggy looked when he died

Each of the boys are terrorized

Sounds that scare the boys at night

Loneliness within the deserted island

Order and disorder from the boys

Remote island the boys are stuck on

Opposing options from Ralph and Jack

Fierce hunting of the pigs by Jack

The beast creating fear in everyone

Huts on the beach that give the boys safety

Exciting opportunities for the littluns

Leadership is needed by Ralph

Isolation within the island

Exiled out for friendships

Security from the dangers of the forest

Living on the island was difficult

Oblivious at the beginning

Rescue was still being considered

Order was built but soon forgotten

Fear started to overcome the boys

Troubling times were upon them

Help was not going to come

Fire was built in an effort to build a society

Life was not getting better

Someday, would they be saved?