On Friday 31 May, three Year 12 students from St Marys came to Coolock to show the Year 7’s their drama performance ‘THE EXPERIMENT’.

These wonderful actors Harry Goldsmith, Harrison Campbell and Seamus Allan were given the prompt ‘It’s the end of the world as we know it’. They had three different ideas on how to stop the world from ending; Religion, Technology and Nuclear Warfare, so they chose to combine all their Ideas into one spectacular performance.

Seamus demonstrated how people have been controlled in the past in the name of religion and bible verses misinterpreted. Harry G established that technology could save the world but could also destroy it. Harry let us know facts about Nuclear Warfare and showed us about life in a bunker after a nuclear disaster.

The take away from the performance was that ‘I am not afraid to be different’, and to stand up for what we believe in. It was an outstanding performance and we all thoroughly enjoyed it.

Thank you to Mrs Darlow, Harry, Harrison and Seamus for their performance and for answering all our questions. 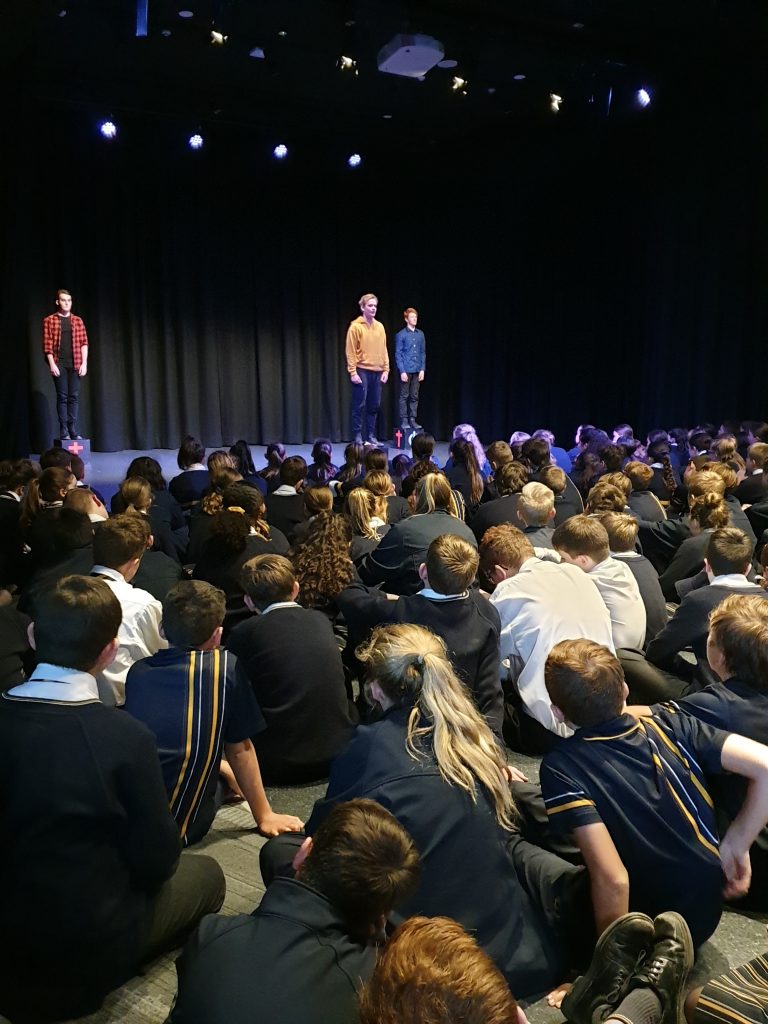