The annual Tim Ledwidge Memorial Medal Vote Count evening was held on Monday night, 14 October in the Marian Theatre. The Vote Count is held at the conclusion of all matches in the Senior Netball Competition and the Premier League Football competition; votes are awarded across all games played in both sports with the winner being the player with the most votes accrued.

With eight previous winners in attendance and another six sending apologies, it was evident that the award is highly valued by past students. It is great to see the strong connection they continue to have with the College.

The Netball Vote Count was first up and was a great contest. Votes were awarded across the four days of competition in which the girls competed. The distribution of votes was very well spread with a couple of players trading votes right to the end of the count. The audience thoroughly enjoyed the intriguing count. The eventual winner was Ruby Turner on 64 votes, who just nudged out Matisse Perez who finished with 62 votes. Ruby had a great year; her talent is obvious and she always leads from the front despite her quiet nature. Although absent for one of the days she made up for that absence in style by receiving votes in the last twelve games that she played Ruby never gives up and has an uncanny way of effecting intercepts, especially when they are needed the most. She is a fantastic team player and team mate. Congratulations Ruby. Matisse as mentioned, finished the count only 2 votes in arrears to Ruby. She is all class, on and off court; and gave 100% every time she stepped over the white line. Matisse polled in all but three matches and this is a clear reflection of her obvious talent and ability to run all day long. Ashlee O’Shea rounded out the top three, finishing with 46 votes, with her shooting accuracy a stand out in every match she played. The whole team played extremely well in all games and their results were a reflection of this. To make the State Finals in both the School Sport Victoria and Victorian School Championships is a clear indication of that. As a group they were simply incredible and were a delight to be associated with. Congratulations to all of the girls on a great year.

The Football Vote Count was another close and entertaining count. The boys played a total of six games and were very consistent throughout the year. After the votes were cast across all six games, it was Benjamin Worme who came out on top with 62 votes, just 3 votes ahead of Samuel Conforti. Ben was a very deserving winner – he always led from the front and his attitude and form were reflected in his vote tally. His ability to read the play was a highlight, he could be the general down the back and then switch to become the play maker in the middle – he was all class and a terrific leader. The same could also be said for Sam Conforti who finished with a total of 59 votes. Sam’s form was always consistent, he was constantly in the play and had an uncanny knack of finding the ball in the middle of a pack, feeding it out to a team mate on the outside, or simply clearing it himself. From there it was the dynamic Mitchell Rovers in third on 37 votes, followed by Aaron Gundry on 34 and William Wallace on 32 to round out the top five. This sensational group of young men relished every opportunity to pull on the CMC jumper this year. They played with pride and were great ambassadors of the College . Their attitude reflected their understanding that playing for the school is an invaluable experience and that such an opportunity should be cherished and valued. The reward of a State Championship was so very well deserved, and a result that they all should be very proud of.

We congratulate our winners on their achievement but, as already mentioned, we also acknowledge and congratulate all the players on their great, united performance in their respective sports.

It was a pleasure to once again have Simone and Liam Ledwidge present on the night. It is an honour and a privilege that they continue to support this very special event on the College Calendar. 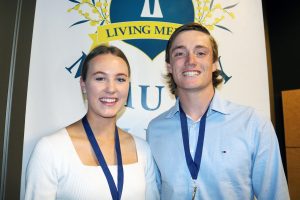 As previously mentioned, it was also fantastic to have many past winners and their families of this award in attendance:

To see these past students and their families again and have them return to relive what was an honour for them, simply reinforces the significance of this award and it also shows that playing sport for your school, with your mates, is something you cherish and remember forever.

Thank you also to the many families who attended this evening. It was wonderful to host so many parents to enjoy the event together with their children. The night was a great success and I thank you all for your patronage. 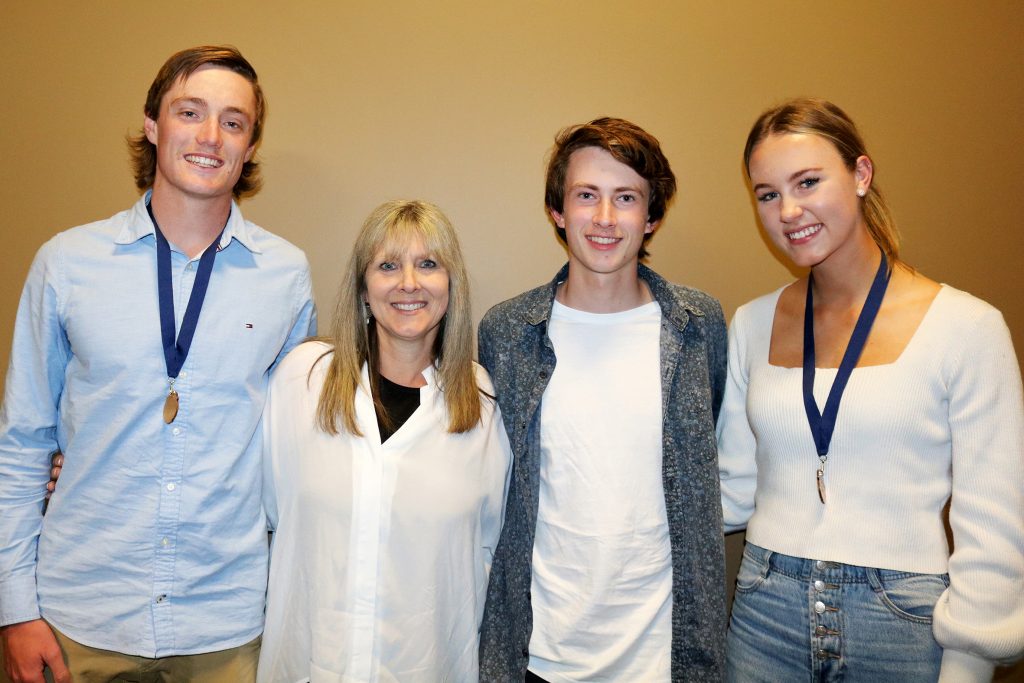 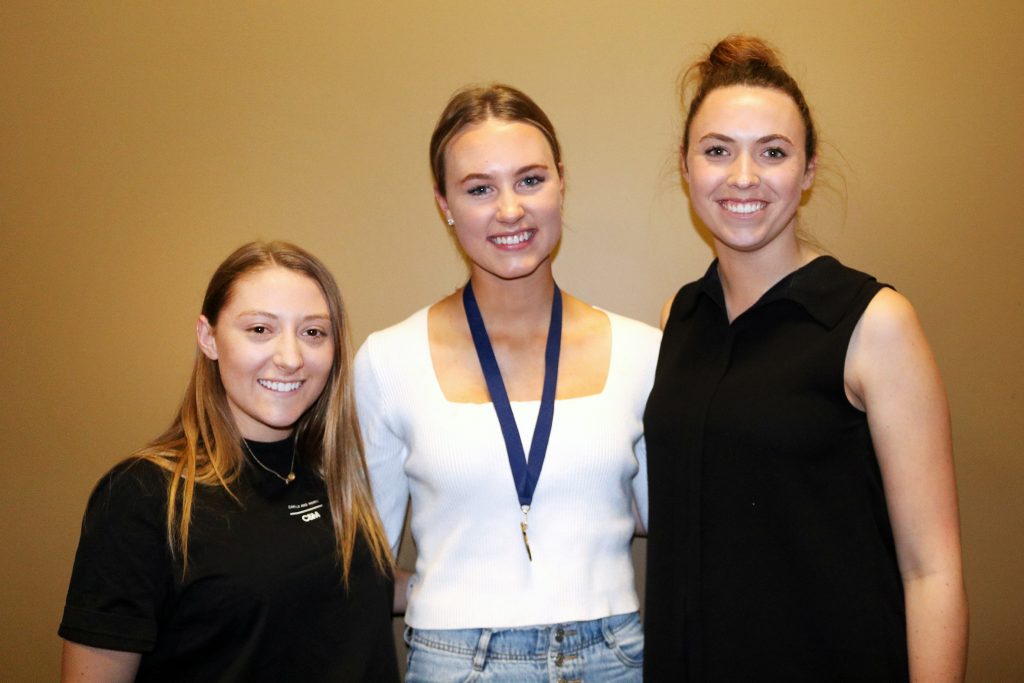 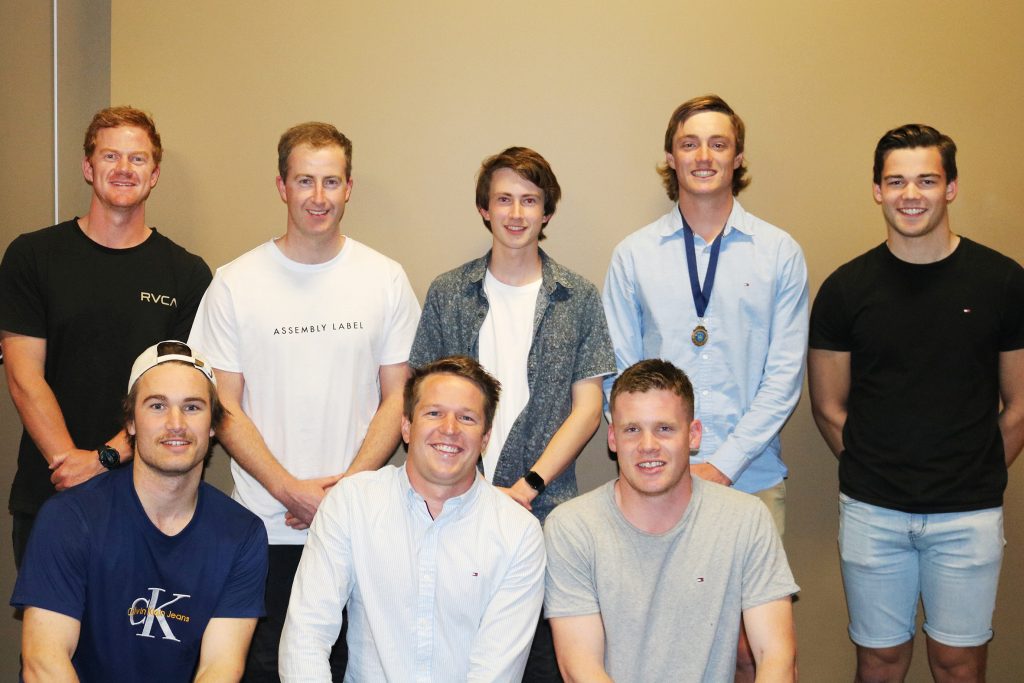