The Student Faith Team has organised a number of fundraising events to raise awareness of the issue of Human Trafficking and to raise money in support of the charity Australian Catholic Religious Against Trafficking in Humans (ACRATH).

We are having a red-themed bake sale on Monday 30 July in support of ACRATH and the St Mary’s Faith and Justice Team is a making awareness banners.

Human trafficking is a major issue in our world today and one that often goes relatively undetected. 30 July marks the World Day against Trafficking in Persons. Human trafficking is the recruitment, movement or transfer of vulnerable people who are coerced and forced into exploitative environments. These people are trafficked for a variety of purposes including servitude, slavery, forced labour, debt bondage, sexual exploitation, forced marriage or even organ harvesting.

It is extremely difficult to gain reliable statistics on human trafficking as it is designed to be underground and difficult to detect, however it is believed that globally, human trafficking is one of the biggest sources of income for organised crime. Often those who are deceived and lured into these exploitive situations are under subtle control, such as through debt, psychological intimidation or fear of physical violence.

ACRATH (Australian Catholic Religious Against Trafficking in Humans) represents over 5,700 religious sisters, brothers and priests. This Catholic charity aims to promote the hard truths of human trafficking, educate others on the issue, advocate at the highest level, and work for change both locally and globally.

The Student Faith Team has organised a number of fundraising events to raise awareness of this ongoing issue. Our aim is to not only raise money for ACRATH, but also to increase awareness throughout our school community and hopefully educate others on the severity of this social justice issue. See below for Faith and Justice Team meeting information.

Thank you to the Year 12 Leadership Team and our Faith and Justice Team for helping us make events and fundraisers such as these possible. 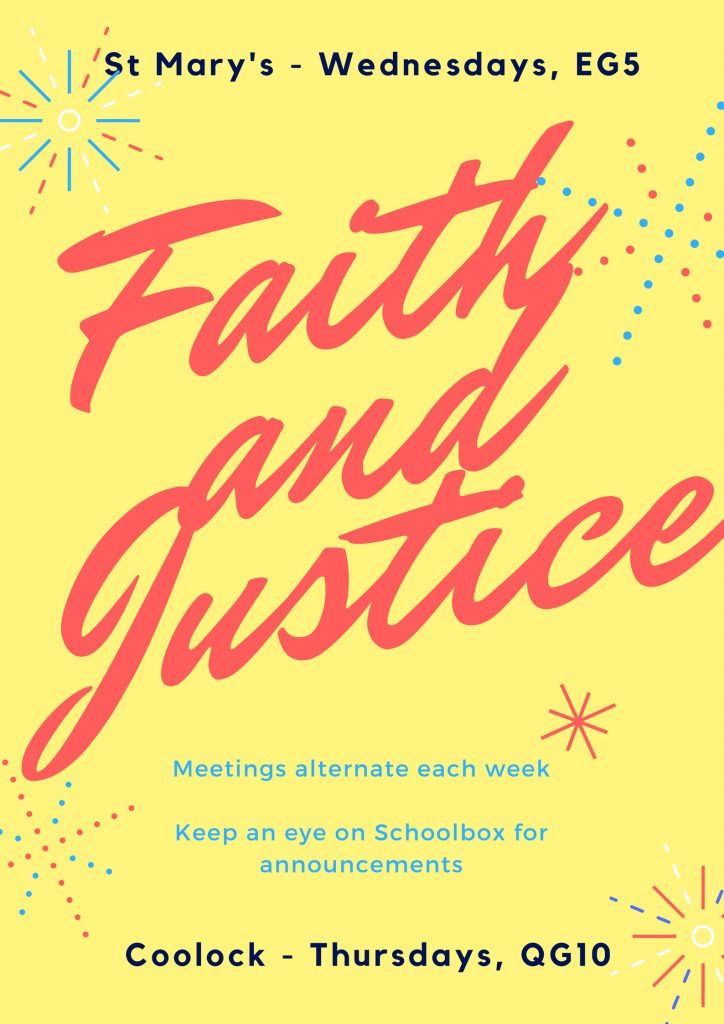