Clare Conway was born into a farming family at Sedgwick on 7 August 1928, the second child of Tom Conway and Mary Mannes. Her happy childhood with siblings Frank, Bernard and Elaine, was spent on the family farm of Glen Clare in Sedgwick, where she developed her deep love of the countryside. Her rich ancestry of Irish heritage on her father’s side and German on her mother’s side, including pioneering connections linking them with Dr Backhaus, ensured her profound love of Sedgwick and Bendigo with a particular affection for St Kilian’s parish where both Irish and German coincided.

After attending the Sedgwick Primary School, Clare transferred to Bendigo to commence boarding at St Mary’s College in 1942 at the age of thirteen. Although familiar with religious life because her mother’s sister; Sister M. Vincent Joseph Mannes was a Good Samaritan sister, the experience of boarding – being cared for and taught by the Sisters of Mercy – introduced Clare to a way of life that she chose to follow for the rest of her life.

At the time, there were about 70 boarders under the care of Sr Mary Agnes O’Connell, who referred to her charges affectionately as her “Chicks”. Her strong, but gentle approach had a great influence on Clare as did other Sisters at the time: Sister Mary Avellino Francis, Sister Joachim Connelly and Sister Anne Sims. As a farmer’s daughter, Clare enjoyed helping with the preparation of meals and taking care of the large vegetable garden and henhouse, which involved trooping up the hill with buckets of scraps for the fowls at St Michael’s (where the Marian Centre is now).

Clare’s Proficiency class (equivalent to today’s Year 9) of 70 girls was conducted in the old hall which was like a homeroom for the boarders. Clare’s teachers included Sister Mary Anastasia Vanderfeen for Maths and Sr Mary Norberta who fostered Clare’s love for English.

After completing her schooling, Clare went to Melbourne for her training and was professed into the Mercy Order in 1949. As a young Sister and one of “our girls” she was warmly welcomed back to Bendigo in 1951 as one of many past students of St Mary’s College who became Sisters of Mercy.

Mother Mary Genevieve Nowlan was the Superior of the community at that time and was one of several senior Sisters who had actually been taught by the Foundress of the Bendigo Convent, Mother Mary Aloysius Martyn. For the next 20 years as a young Sister in Bendigo, Clare enjoyed the leadership and support of her community of Sisters as she developed as a teacher and as a Sister. At that time there were about 25 Sisters in the community, so with the large contingent of boarders as well as day pupils, it was a busy school and convent.

During the late 1950s and early 1960s the school underwent a period of growth and change including the introduction of an alternative course including Sewing and Home Economics. Initially using the facilities at St Kilian’s Primary School, Sr Clare was appointed to teach Home Economics, amongst other subjects. The Sisters travelled down in a public bus (until the purchase of a bus, which Sr Clare learnt to drive). Sr Clare’s students from those days remember her by the affectionate name of “Blossom”. Some of Sr Clare’s students, who later became Sisters of Mercy themselves referred to her as a “Mercy Legend, loved far and wide”.

With the establishment of the Mercy Sports Association (a competition between the various Mercy Colleges) Sr Clare took charge of the Bendigo preparations. It was well known among the girls that Sr Clare had everything except the shotput in her capacious pockets of her habit with its many pleats and hidden compartments. She also spent many afternoons after school taking girls to the Iron Bark tennis court to give them the opportunity to play tennis. The boarders were also involved in various sporting activities on weekends which Sr Clare supervised.

In 1972 Sr Clare was appointed Superior of the communities at Kyneton and later Fitzroy. The next decade was an era of challenging change and not a little turmoil in religious life. Fitzroy gave Sr Clare the experience of inner-city living – right on the tram tracks opposite the Exhibition Buildings. She also supervised the first major renovation in the 120-year history of the historical convent at Fitzroy. In 1986 she returned to Bendigo after the amalgamation between Marist Brothers’ College and St Mary’s while the new Catholic College Bendigo was in the process of adapting to co-education over three campuses. She was assigned to the Junortoun campus and found the early days of the amalgamation challenging, particularly as Junortoun had previously been the boys’ world.

In 1991, as Superior, Sr Clare was tasked with overseeing the Sisters’ departure from the convent in Barkly Street. It was a major undertaking that required much planning; dismantling the life of over 115 years in a building, with all its memories and paraphernalia.  At the end of 1992 Clare enjoyed a sabbatical before moving to Queenscliff and later undertaking the care of Sisters at the Aged Care facility Rice Village, Geelong.

In 2005 Clare returned to Bendigo for the third time; once again living in Barkly Street, but this time in McAuley House, opposite the old convent. Although she took life at a slower pace, she was still very much immersed in the life of her beloved Bendigo and enjoyed maintaining connections with people in the area. She would attend various reunions and gatherings – never missing the opportunity to reconnect with any of her past pupils, particularly boarders. She tried to pass on as much as possible of her wealth of first-hand knowledge and recollections about the people and history of the College where she had lived and worked for most of her life. She also liked to visit the Chapel where she had so many special memories. It was said that you couldn’t go out in Bendigo with Clare without meeting someone she had taught, or whose mother was a third cousin twice removed of someone she had been at school with! Clare was also very involved in her large extended family and her community of Sisters.

In January 2019 Clare celebrated her Platinum Jubilee and spent her final months living at Bethlehem. In June 2019 Clare’s health declined rapidly and she passed away later supported by her family and community of Sisters aged 91, in the 70th year of her profession.

Vigil Prayers and Rosary were held for Clare in her beloved Mercy Chapel at Catherine McAuley College. Her funeral Mass was concelebrated at St Kilian’s Church by Rev Rom Hayes and a number of priests on the Feast of the Sacred Heart, with an apology from Bishop Leslie Tomlinson who was in Rome. Clare was remembered for her great capacity for love, for her hospitality and her generous and supportive nature and a “deep down steadiness and great courage”. St Kilian’s Church was filled to capacity with past pupils, family, religious and her community of Sisters.

After Mass, a large Guard of Honour formed, comprising Clare’s past pupils from the former St Mary’s College (including many boarders), Catholic College Bendigo and a representative of present students from Catherine McAuley College. Clare was buried at the Bendigo Cemetery.

Sr Clare’s warm and caring nature and her wealth of knowledge of the people and history of Bendigo will be greatly missed. May God bless you Sr Clare. 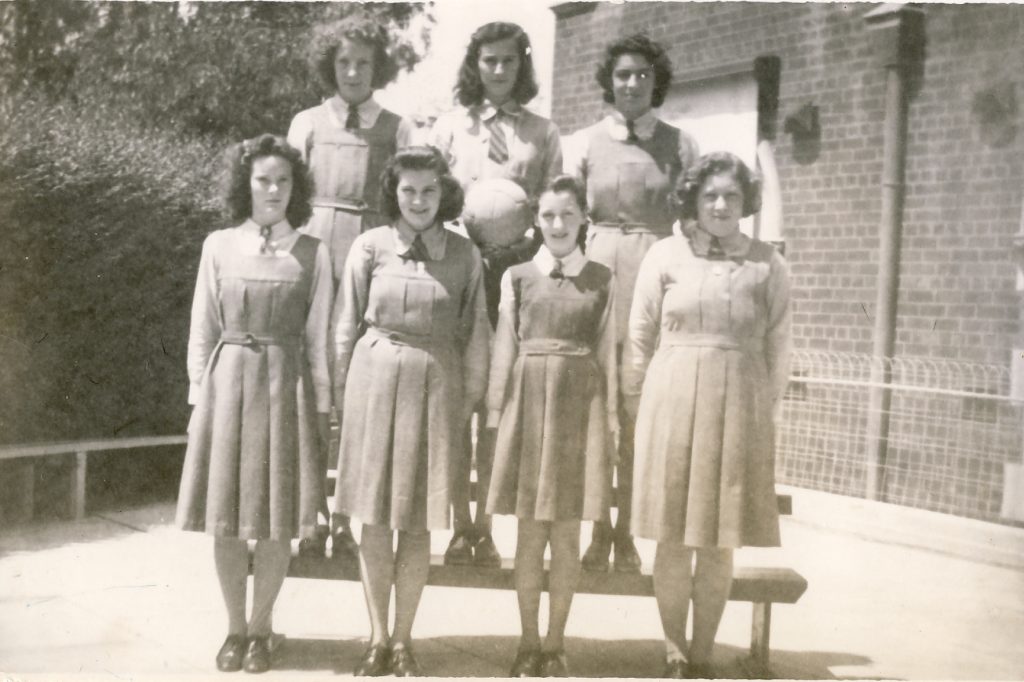 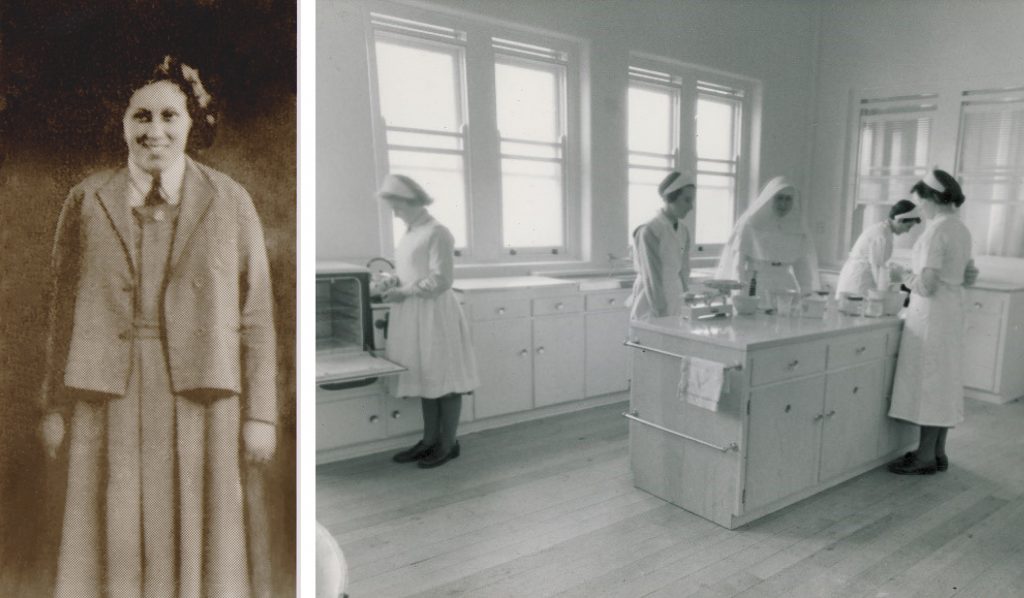 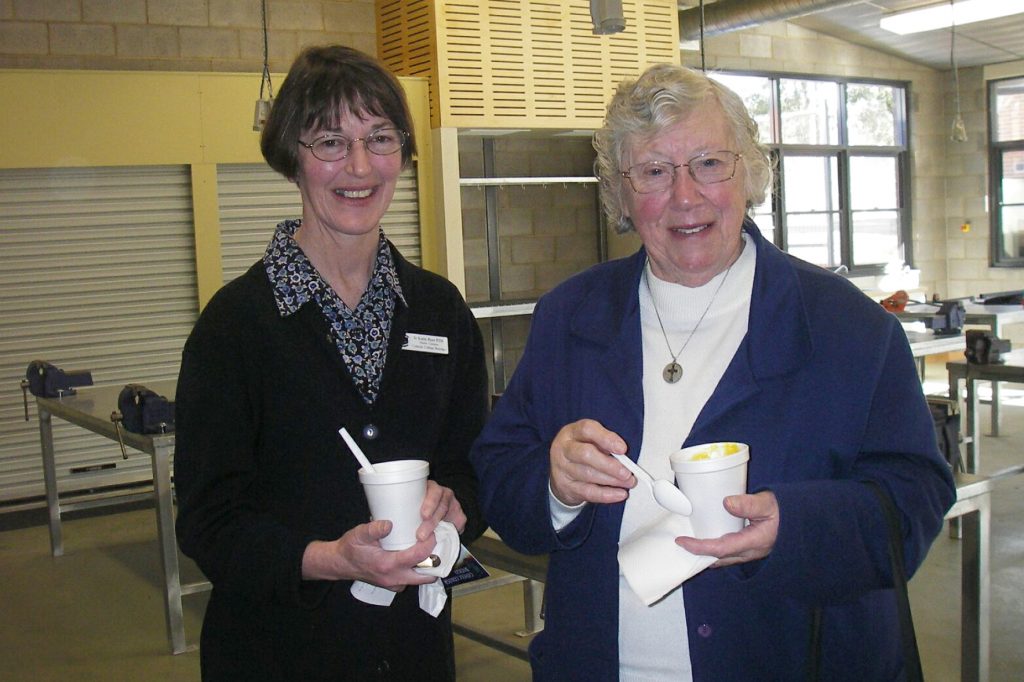 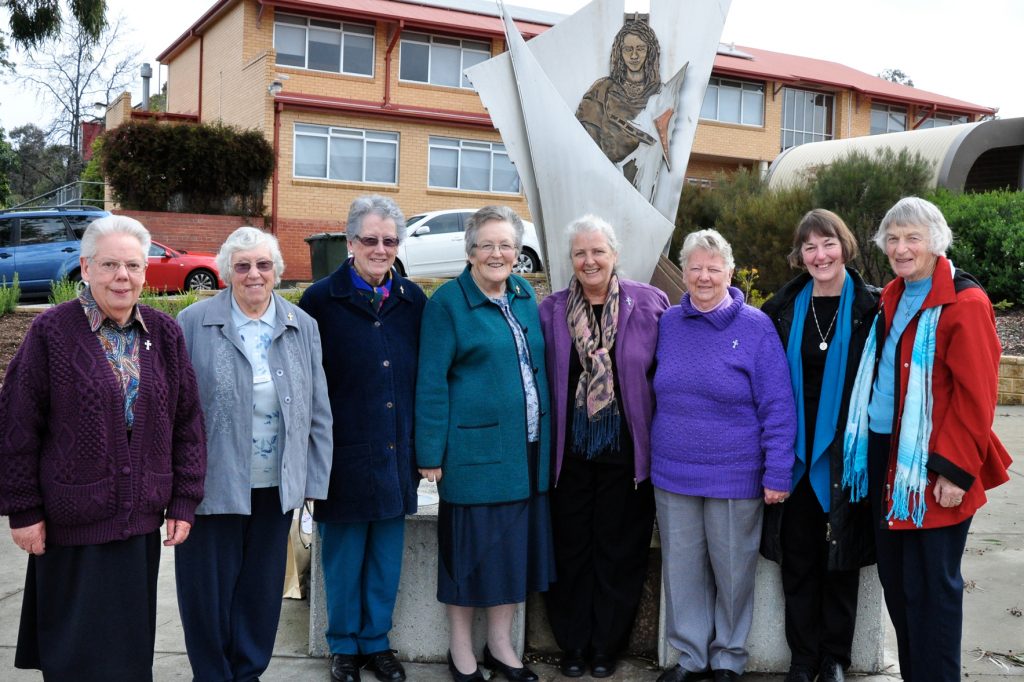 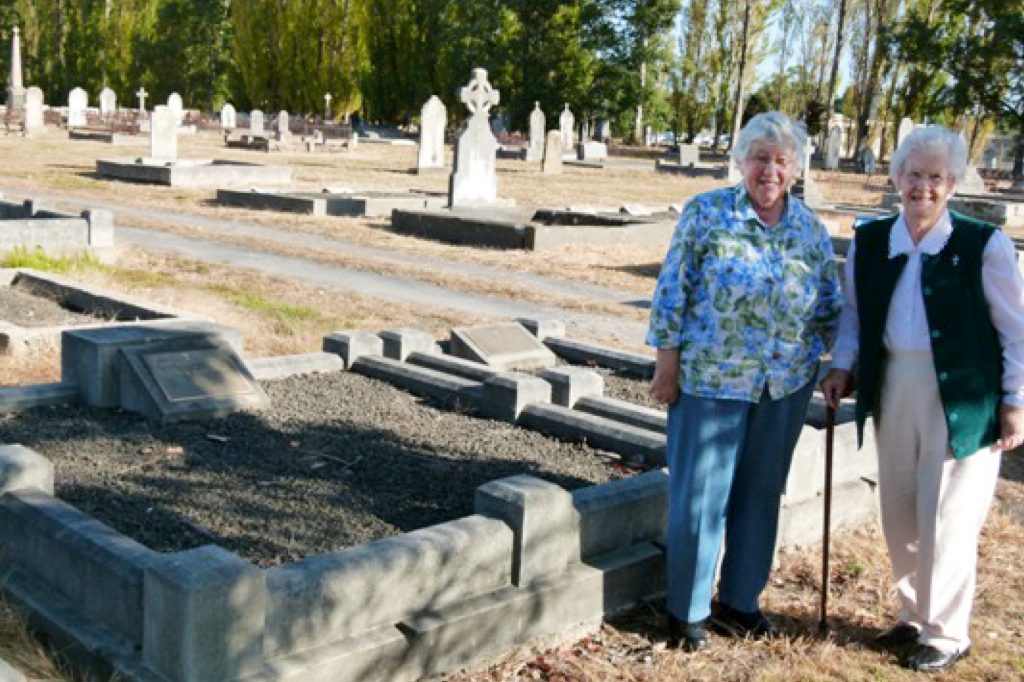 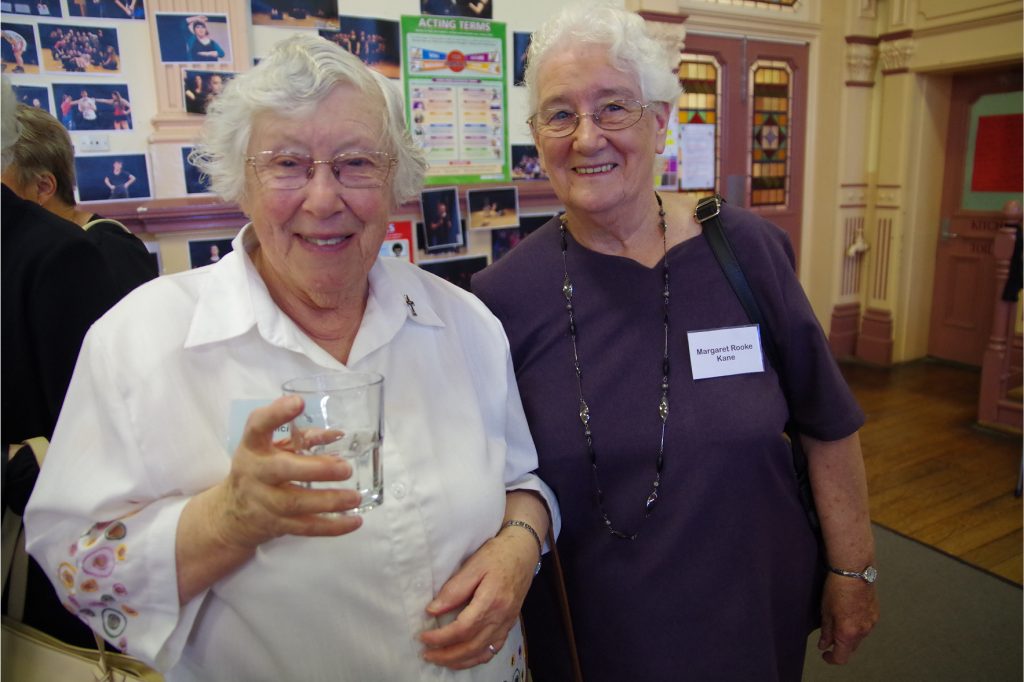 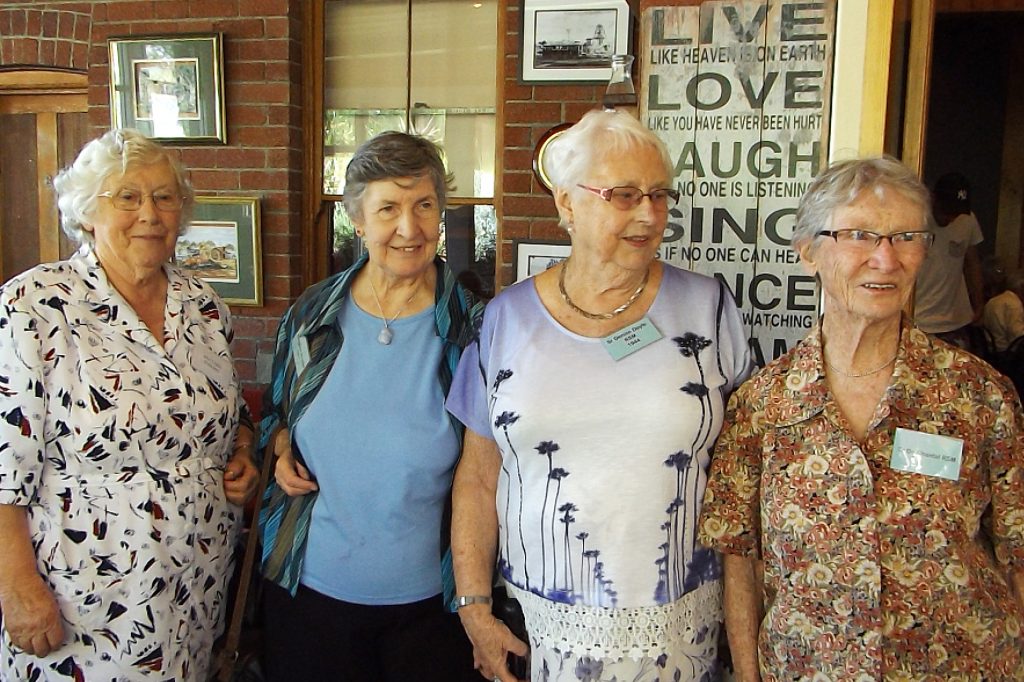 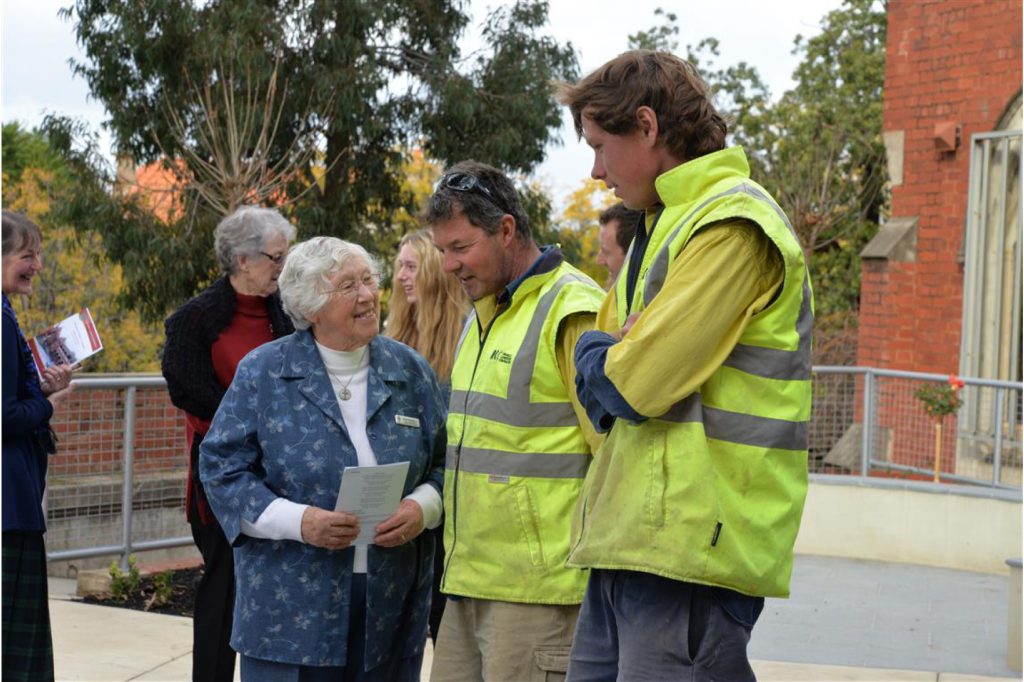 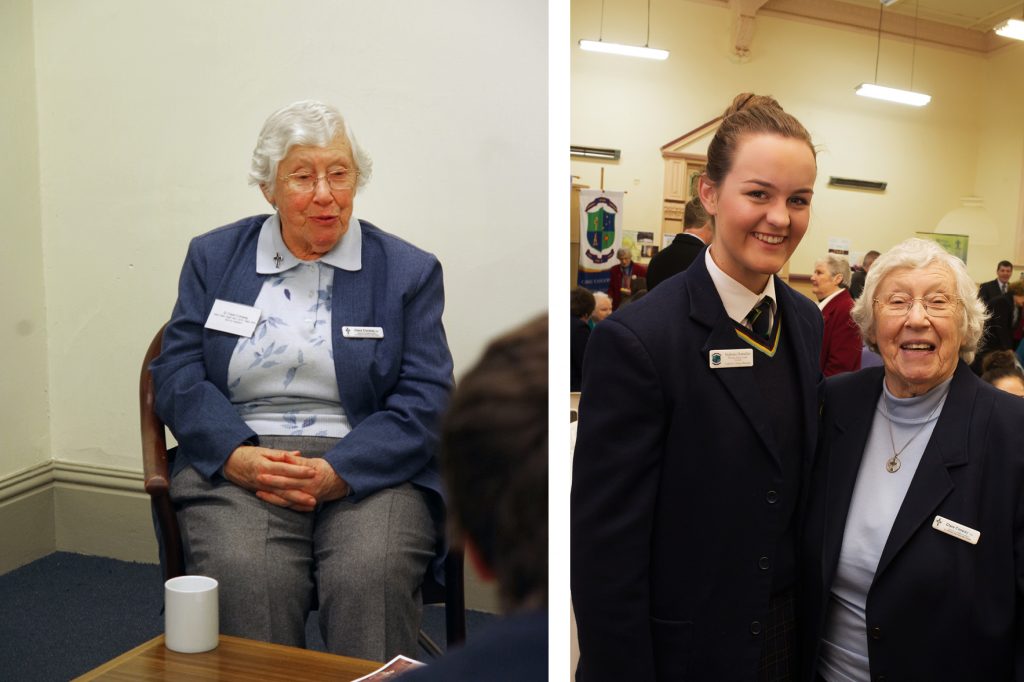 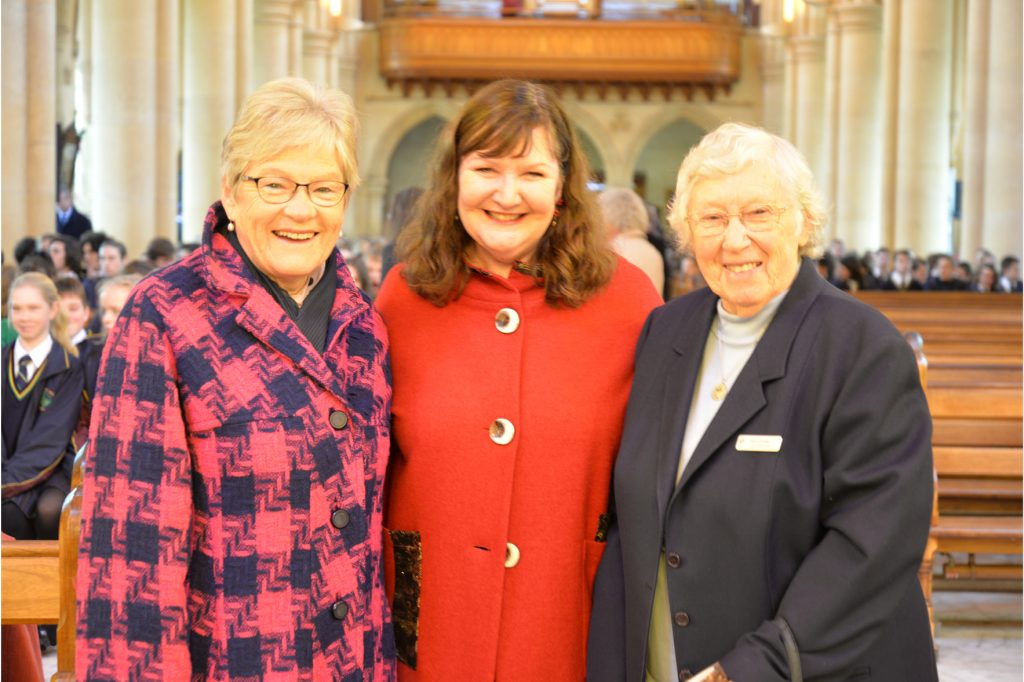 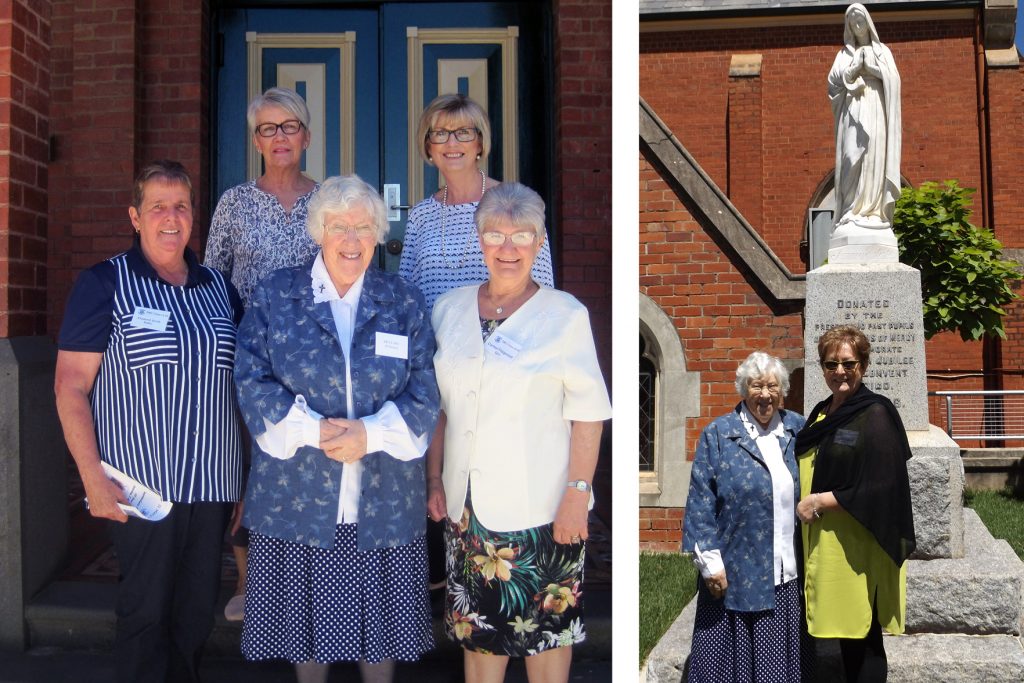 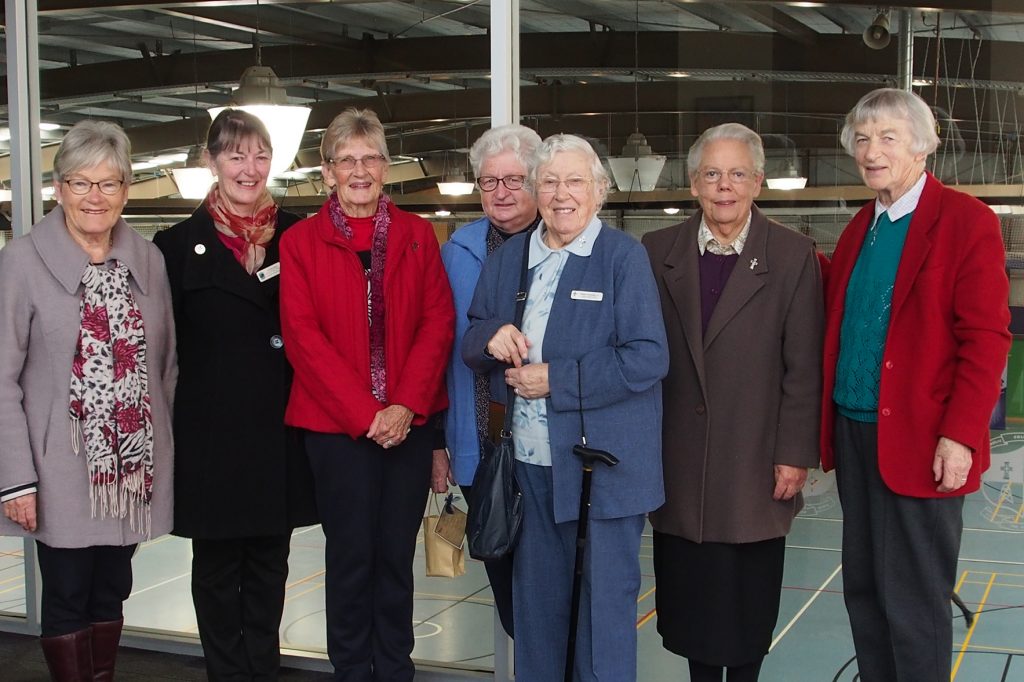 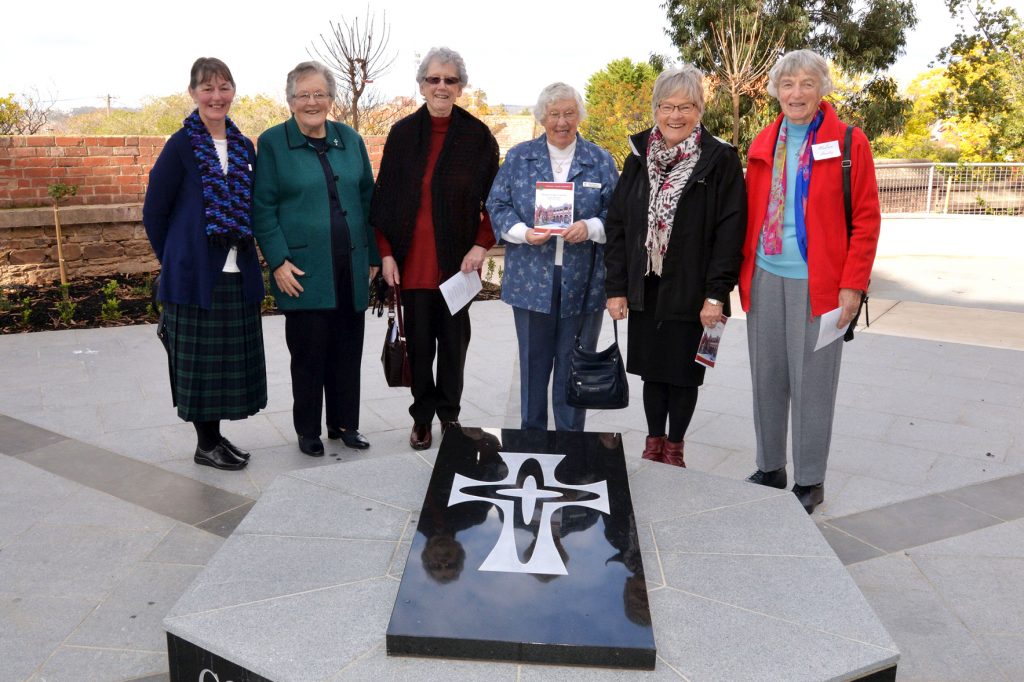