Year 9 students are busy preparing the entertaining musical Seussical to be performed at the Ulumbarra Theatre stage on Friday 8 and Saturday 9 June, 7.30pm.

The cast members have been rehearsing since the beginning of the year and are starting to see the results of their work so far. Following Horton the Elephant and his quest to save the planet Who, students have put together Act 1 and are putting the finer details in Act 2 before beginning full runs of the show.

Production Boot-Camp on 17 and 18 May is a chance to revise and refine musical aspects of the show and allows our senior students and backstage crew a chance to get involved in various areas of the show before bumping in to Ulumbarra on 6 June.

A musical perfect for the whole family, Seussical takes us into the world of Dr. Seuss, where we revisit beloved characters including The Cat in the Hat, Horton the Elephant, Gertrude McFuzz, Lazy Mayzie, and JoJo. The Cat in the Hat guides us into The Jungle of Nool where we see Horton, the kind-hearted elephant who discovers a speck of dust containing Whoville. He meets JoJo, a Who child sent to military school for thinking too many “thinks.” Horton decides he must protect the speck of dust on a nearby clover, while at the same time protecting an abandoned egg left to his care by the lazy Mayzie la Bird. Horton tries to convince the other animals in The Jungle of the existence of the Whos, but he is ridiculed and put on trial for insanity. Only his loyal neighbour, Gertrude McFuzz, maintains her faith in Horton.

Now one of the most widely-produced musicals in the country, Seussical weaves a story of friendship, loyalty and love. Despite all odds, Horton and Gertrude band together to save the Whos, free Horton, and restore peace and unity to the Jungle of Nool. Seussical teaches us the power of being unique, and the importance of fighting for your beliefs.

Tickets are on sale now – don’t miss out! 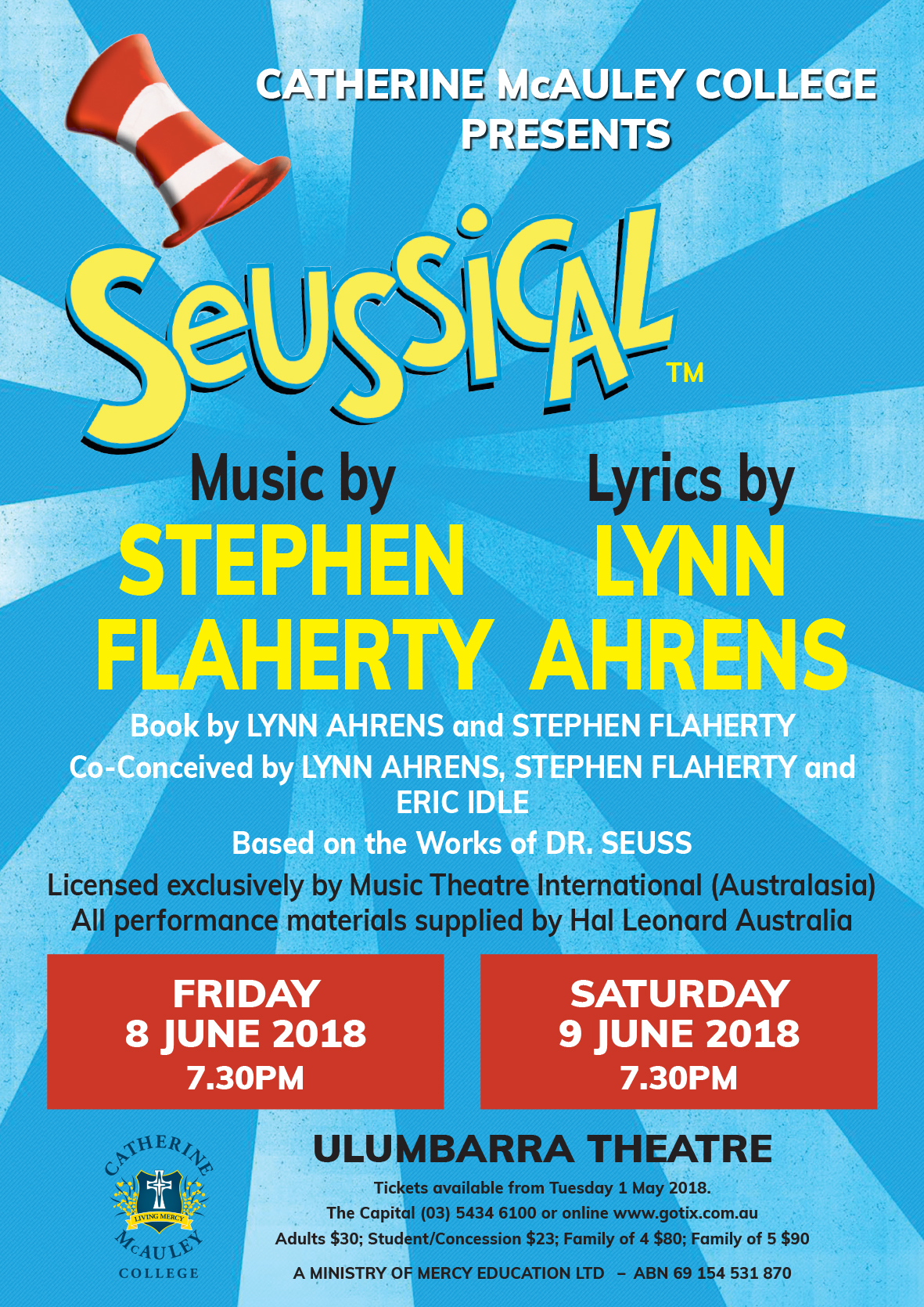