‘Le Père Noël est une Ordure’ roughly translates as ‘Santa Claus is a Ratbag’. It is comedic, bizarre and an extremely unique piece of French theatre that the Years 10, 11 and 12 French classes were lucky enough to see performed by the Melbourne French Theatre group on Friday 4 May.

The play was an interesting comedy with underlying message. It was a great experience for the classes to immerse themselves in French theatre and the language for ninety minutes completely in French (with English subtitles provided).

The action took place amongst the crazy antics at a suicide prevention call centre on Christmas Eve. The story involved a controversial painting, famous Serbian chocolates, a heavily pregnant woman with an interesting lisp and a man dressed as Santa who may or may not be carrying a gun and be completely insane.

We were lucky enough to speak to the actor of the character Preskovich after the play and he inspired us with his story of learning the French language and becoming involved in the theatre. He strongly encouraged us to continue our study of the language. The day was a great opportunity for the classes to discover a bit more about the subject we have been studying for so long. 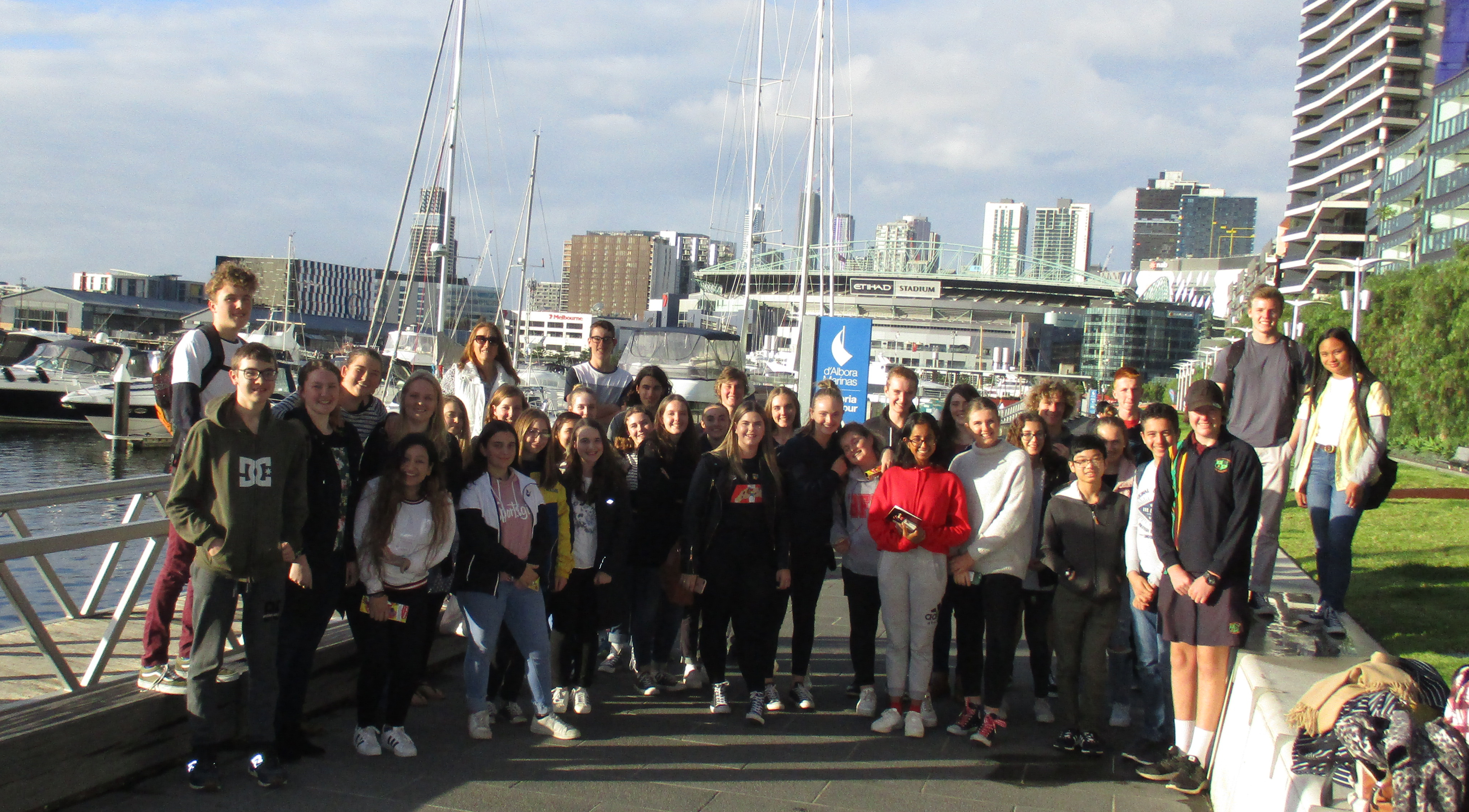