GAME 1 vs St Joseph’s College Echuca
Echuca won the toss and elected to bat. After Nathan Walker took a wicket in the first over to have Echuca 1 for 0, it was Echuca’s number 3 batter that came to the crease and scored a quick-fire 39 to put all the pressure back on our bowlers. However, once his wicket was taken – as he tried to go big once too often – the match settled, and our bowlers started to dominate. The run flow stopped and by the end of the 13 overs, Echuca finished at 6/79.

James Barri and Will Tuohey opened our batting and started steadily, but by the 3rd over Tuohey was out for 9. The scoring continued to flow with Barri making 22, Abe Sheahan 39, not out and Matthew Wilkinson 10, not out saw the boys home at 2/80 in just the 9th over to take out a convincing win.

GAME 2 vs Cohuna Secondary College
With CMC again bowling first, it was Cohuna that initially threatened to go big against our bowlers, however Ethan Maltby was bowling with pace and accuracy and soon had the batters on the back foot. In conjunction with James Barri the opening bowling combination had Cohuna in all sorts of trouble from the 2nd over onwards. Add in some brilliant catching, especially from Nathan Walker (who took 2 ripping catches including a diving, sliding juggle on the boundary) and the big hitters from Cohuna were all back on the pine.

Consistent line and length from all the bowlers had the run-rate under control, and the wickets were falling at regular intervals. Bowling figures looked impressive in the end with James Barri 2/26, Nicholas Wallace 2/9, Declan McMahon 2/8, and Ethan Maltby 1/19. Not to be outdone by the bowlers was Matthew Wilkinson who put on a brilliant display behind the stumps making 3 stumpings in the innings. Cohuna finished on 8/76 after the allotted 50 minutes (17 overs).

The CMC boys headed into bat full of confidence, and this attitude was justified as they took to the Cohuna bowlers. Tuohey and Barri were discriminating with their shot selection early and made the most of their opportunities. Tuohey was finally dismissed for 42 whilst Barri continued to see the ball well making a steady 25 not out. Sheahan 8 not out, came in late to finish off the innings. CMC finished at 1/76 after just 10 overs. It was a terrific all-round performance and that win set the boys up for their final match against Mildura.

GAME 3 vs Mildura Secondary College
After finally winning the toss, the boys got off to a cautious start, and good bowling from Mildura saw a slightly frustrated James Barri try to take on the spin only to be stumped in just the 2nd over. Abe Sheahan then strode to the crease, and after a couple of slightly miss-timed shots he was soon finding the middle of the bat. Wil Tuohey 18 was dismissed in the 6th over and Wilkinson did not trouble the scorers. By the end of the 7th over the boys were 3/86. It was then time for the Sheahan show to escalate. Abe was simply outstanding, making an unbeaten 129 off just 40 balls. Scoring 19 fours and 5 sixes. Jasper Langley 21 played a great cameo at the end of the innings until his dismissal – but by then the hard work had been done as CMC finished at 4/190

The bowling innings started with the spin combination of James Barri and Nicholas Wallace. Of the two it was Barri that was proving to be the wicket man this time around as he took an impressive 4 for 14 Nick Wallace chipped in with 1/29, but with a monster total to chase, Mildura were never in the hunt as they played out their 13 overs to finish at 5/105. That win was the boys 3rd for the day which saw them go through the competition undefeated, and finish as the LMR Champions.

All games were full of entertainment and were a delight to watch. The boys have now qualified for the SSV State Quarter Finals which were to be played here in Bendigo later in March. We wish the boys the best of luck.

Thanks again to Mr Mark Mattinson for assisting and bringing the Staminade, and extra special thanks to Ms Julieanne Hewitt for scoring. 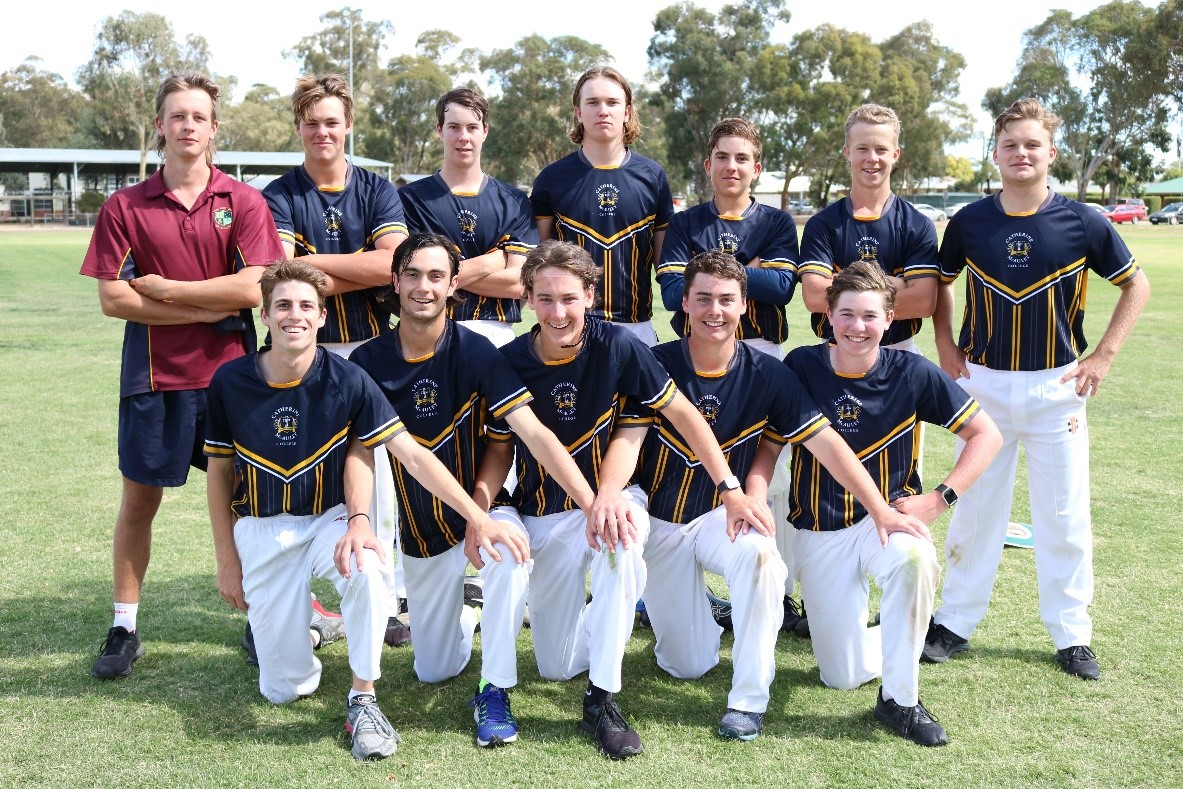 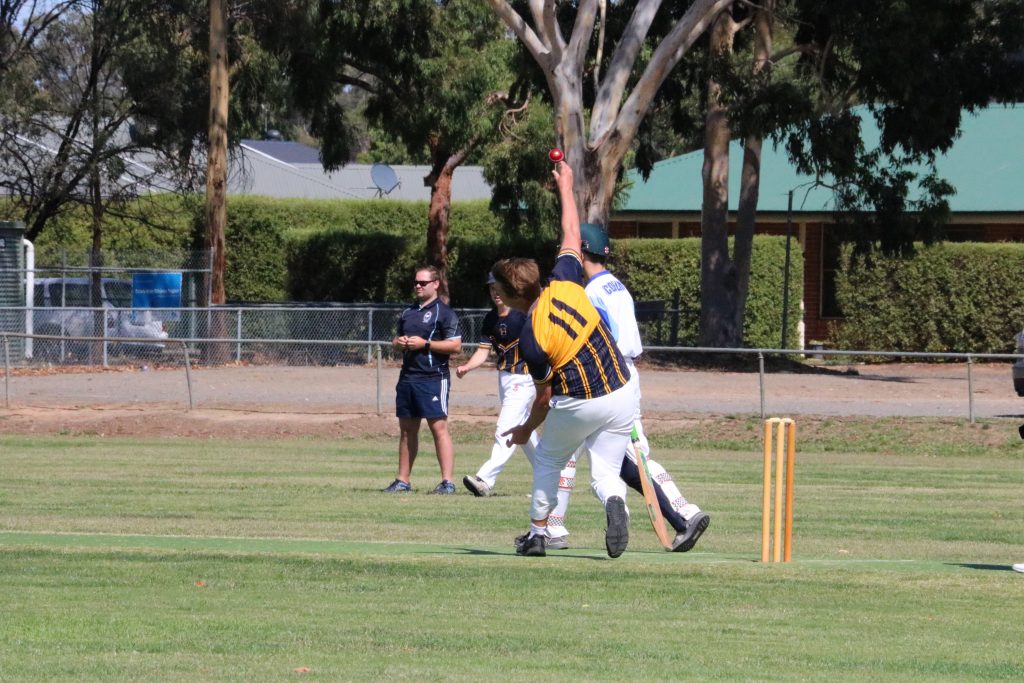 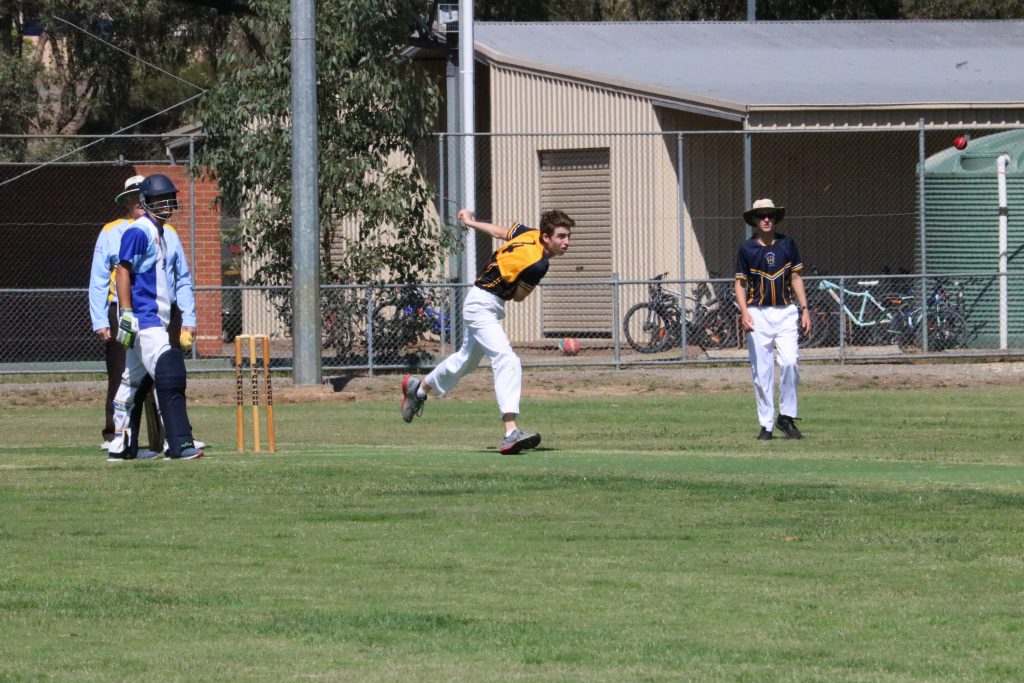 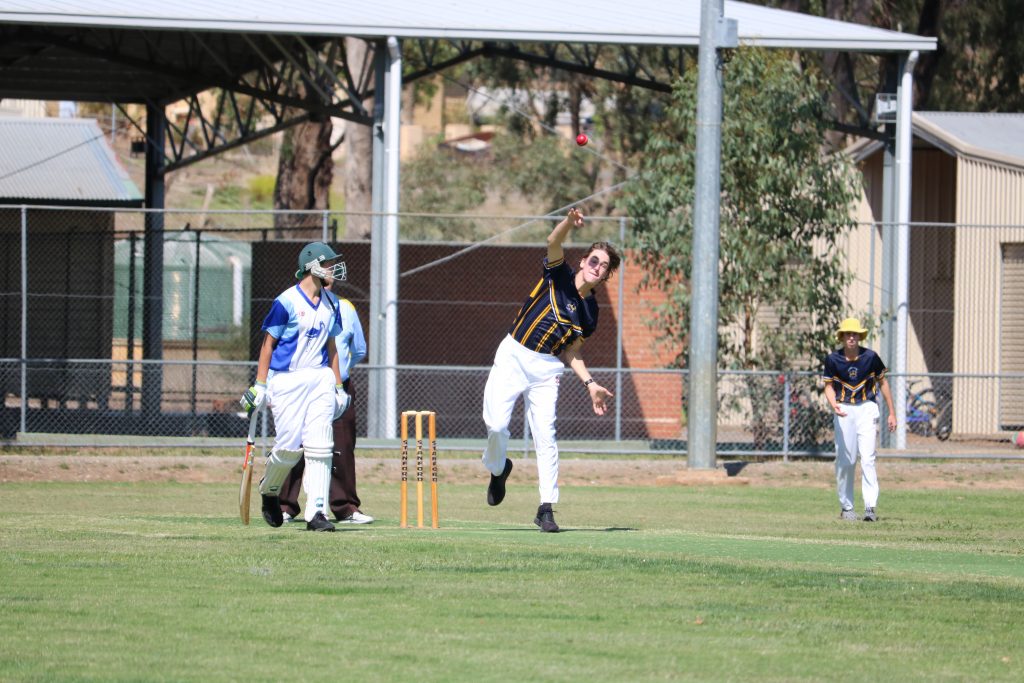 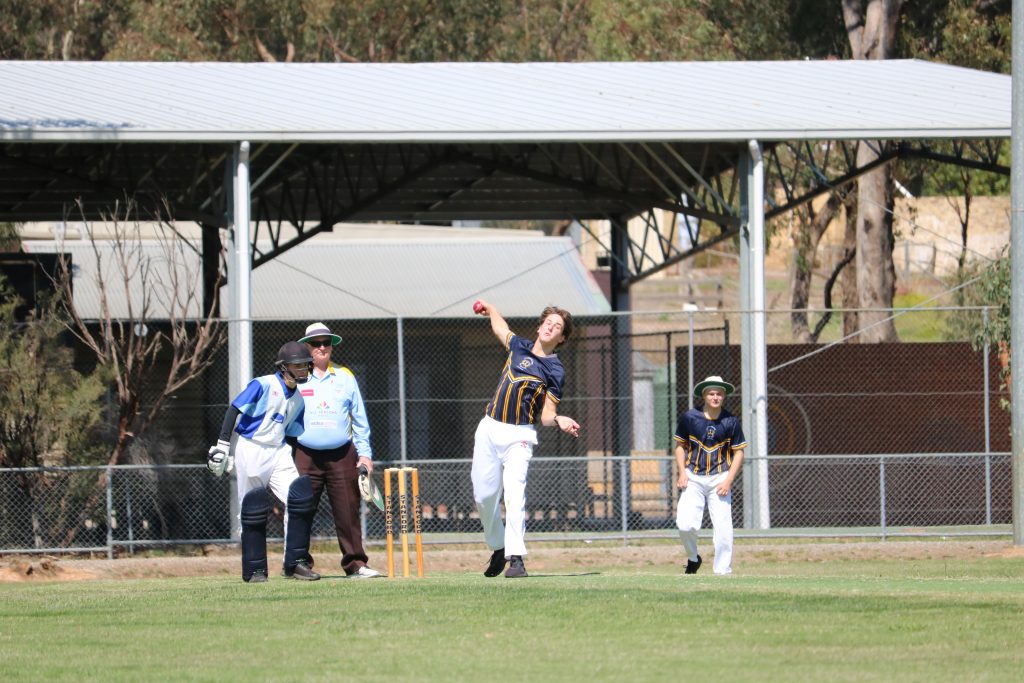 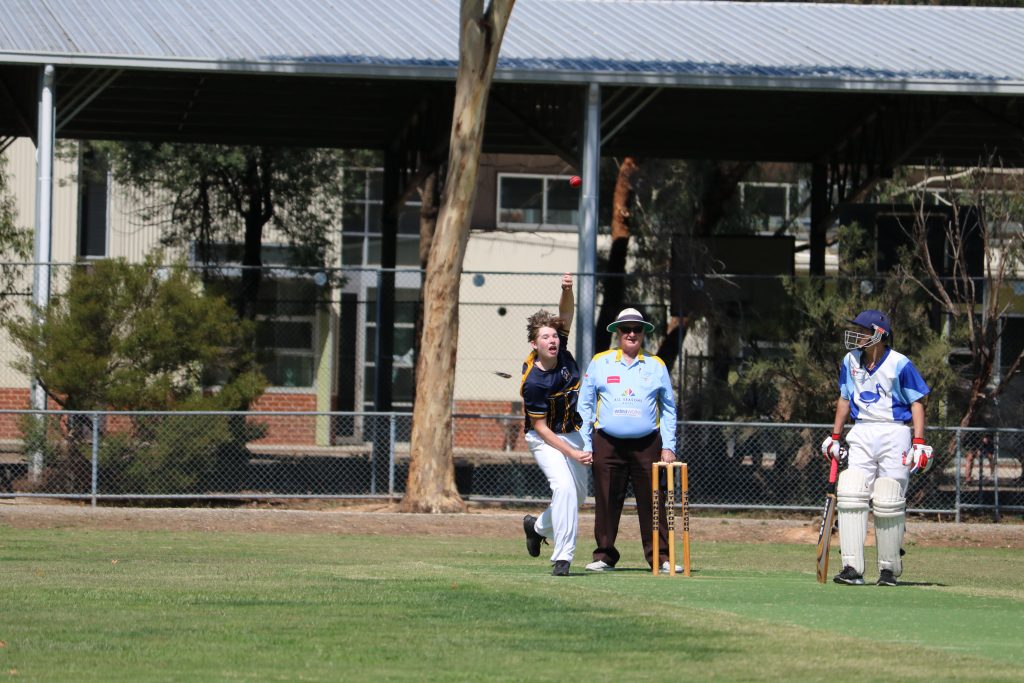 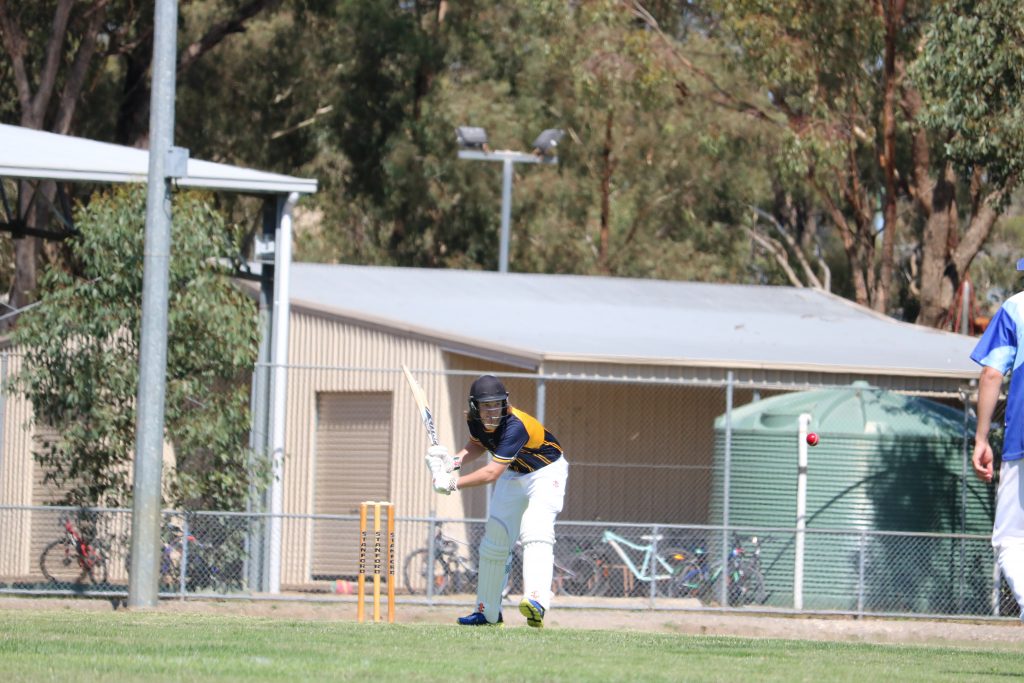 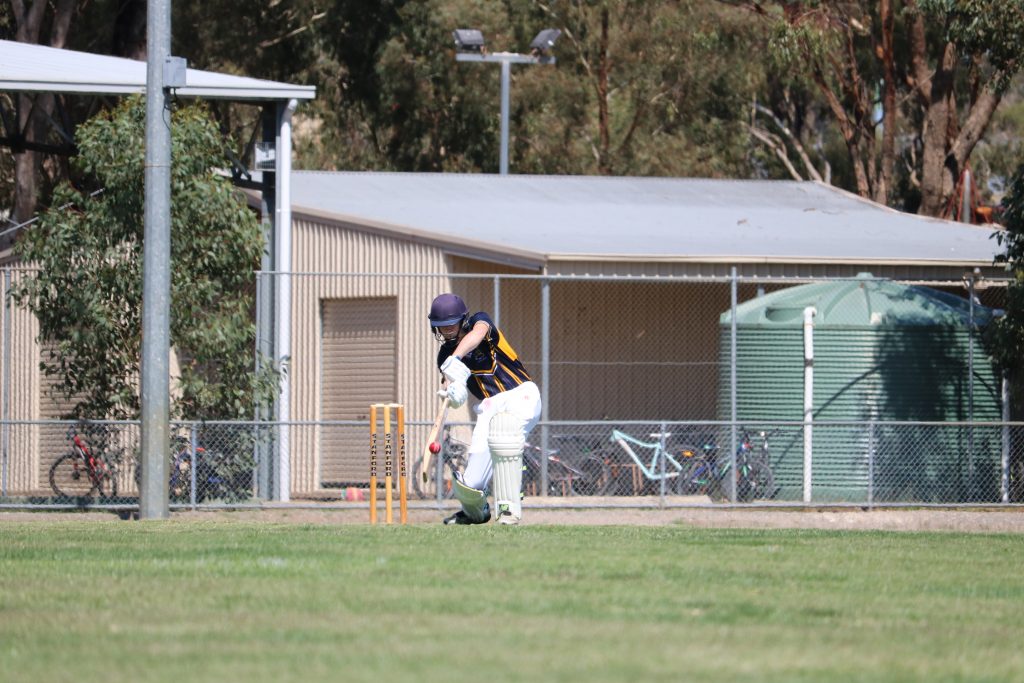