Wednesday 9 May saw our Premier League Football team travel to the Epsom/Huntly Recreation Reserve to take on the Football Academy School – Hallam Senior College. The day began with past student and Tim Ledwidge Memorial Medalist Fergus Greene’s stirring address as he spoke to the players about how playing for our College is something to be treasured, respected and appreciated. This was inspirational to the boys and had them up and about for the start of the match.

The first two quarters were tough, hard-at-it footy.  As a result, the skill level at times was quite scrappy with both teams turning the ball over in their forward line, with any sort of run-and-carry style of play hard to achieve.  Although our boys seemed to have the majority of the ball, they were ineffective in front of goal, thereby keeping Hallam in the game. At half time it was CMC 2 – 5 – 17 to Hallam 2 – 2 – 14.

The third quarter saw Hallam attack early, but the boys managed to keep them at bay. An on-the-rebound goal to Peter Coghlan put us eight points up.  Hallam upped their intensity in response and kicked two goals in quick succession. This put them in front and at the end of the third quarter they were up by three points.

The final term was tight at the start, but the CMC juggernaut was just about to launch.  Hunter Lawrence, Daniel Clohesy, Flynn Perez and Samuel Conforti were winning everything in the middle and around the packs and the forwards of Wallace and Burke were starting to find space.  A great centreing ball from Conforti out in the pocket saw Charlie Robinson take a super mark and kick our first goal of the quarter.  This was then followed by a Mitchell Rovers special – a dribble and roll from a tight angle; finally a great set shot from Harrison Fiske-Kealy with a set up into the wind and thread through the middle, saw the lead stretch out to three goals.  The defensive unit of Shelton, Worme, Symons and Goode continued to be impenetrable as they thwarted any Hallam attack and with the big man, Connor Sexton, dropping back and taking intercept marks, the game was won.  It was a ripping victory and one that was well deserved.  Well done to all players – a fantastic was to start the 2018 campaign.  Good luck in Round 2 against Essendon Keilor Secondary College. 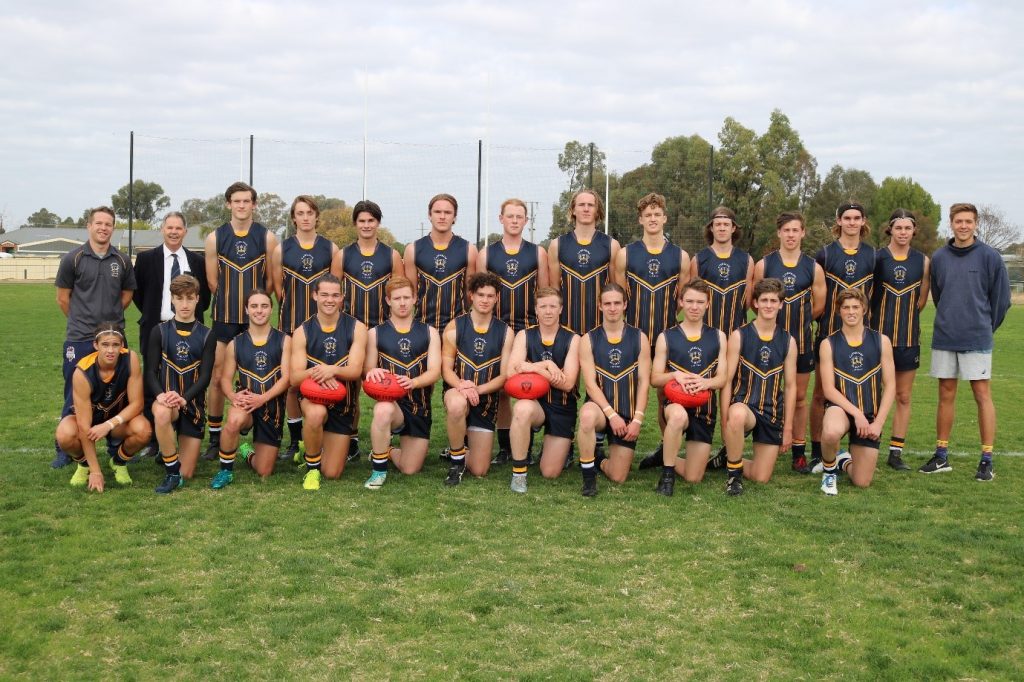 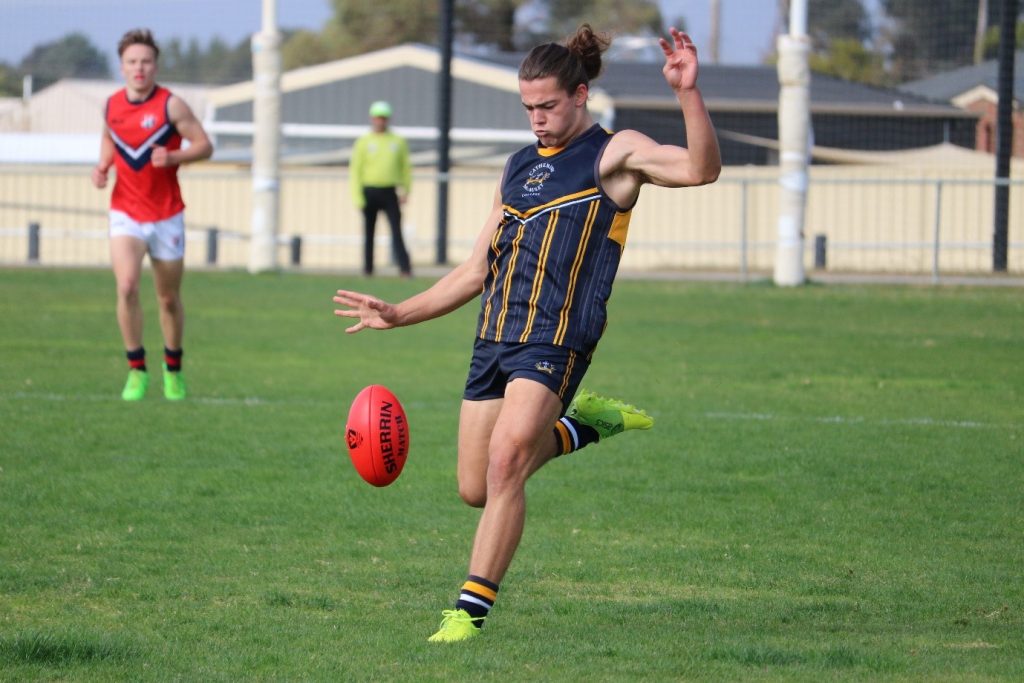 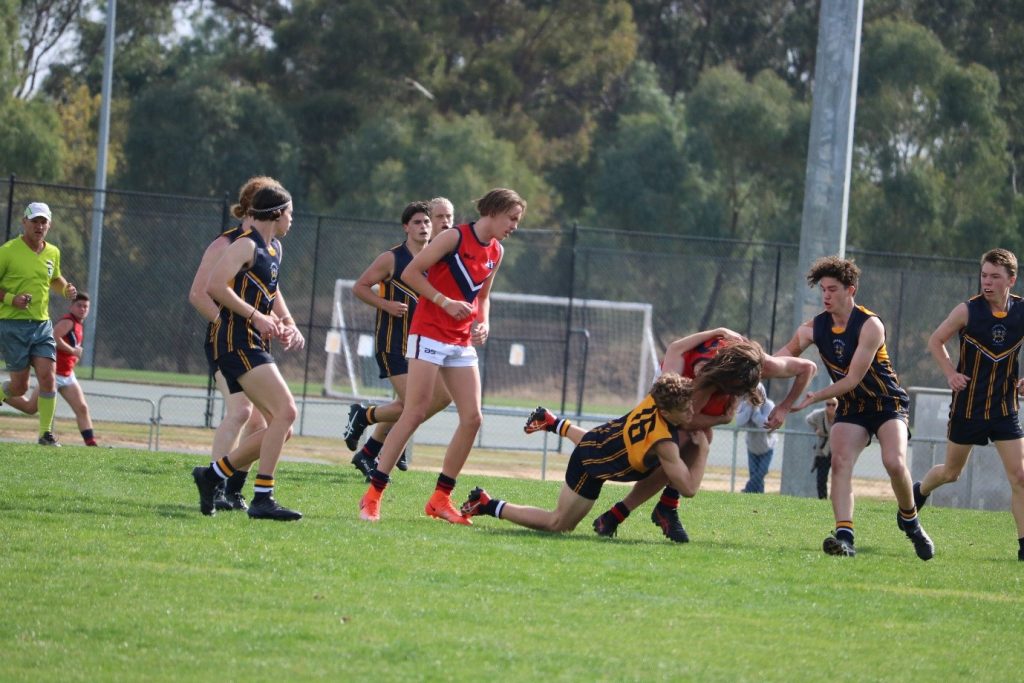 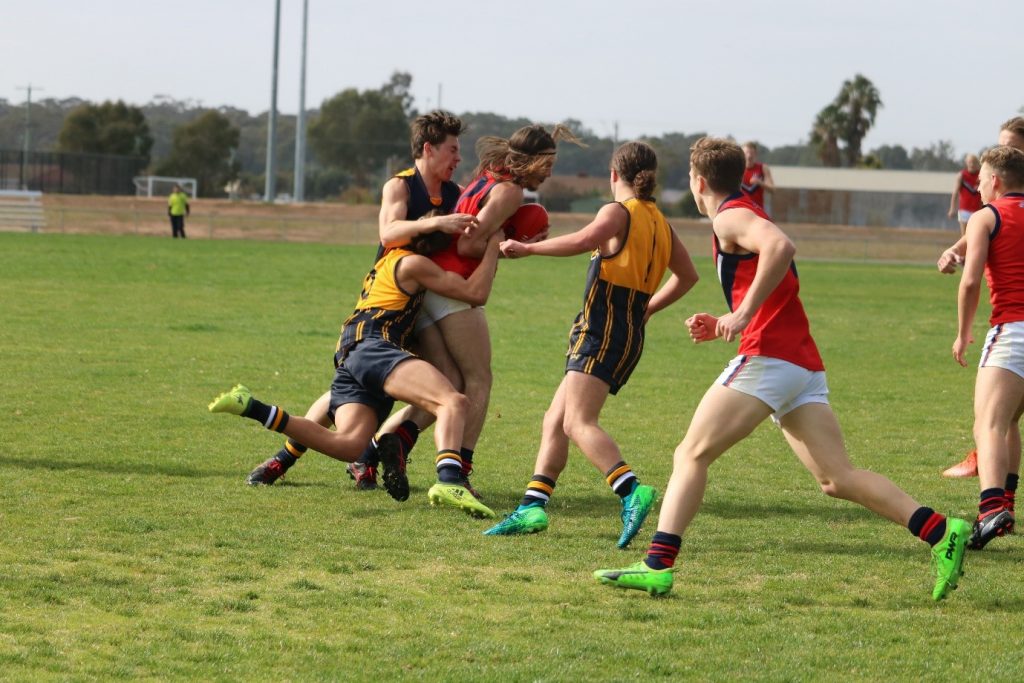 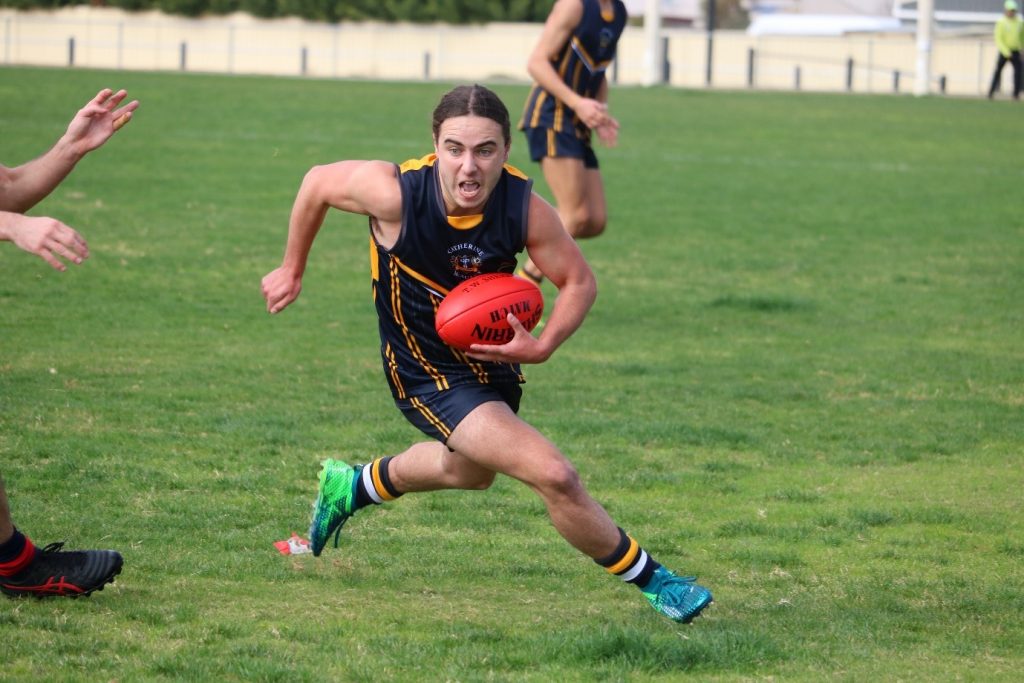