In the first game, CMC played Marist, winning in two sets, 20-15 and 21-19. All members of the team played well with some excellent serving from Thaw and Ne Th’Blay and solid passing from Arkie and Eh Htee.

A greater challenge presented itself in facing Bendigo Senior Secondary College who had a lot more experience in their team. The girls started strongly with a 20-13 win in the first set, however, dropped the second 8-20. The third set was very exciting with great rallies but unfortunately, the result was a loss 6-15.  Great serving by Aimee, solid work at the net by Katie and incredible athleticism from Shwe Zin and Ma Cho was a real highlight all day.

A great effort for many first-time players. The team represented The College with tremendous manners, excellent attitudes and great sportsmanship.

Thank you to Ms Coles for coaching. 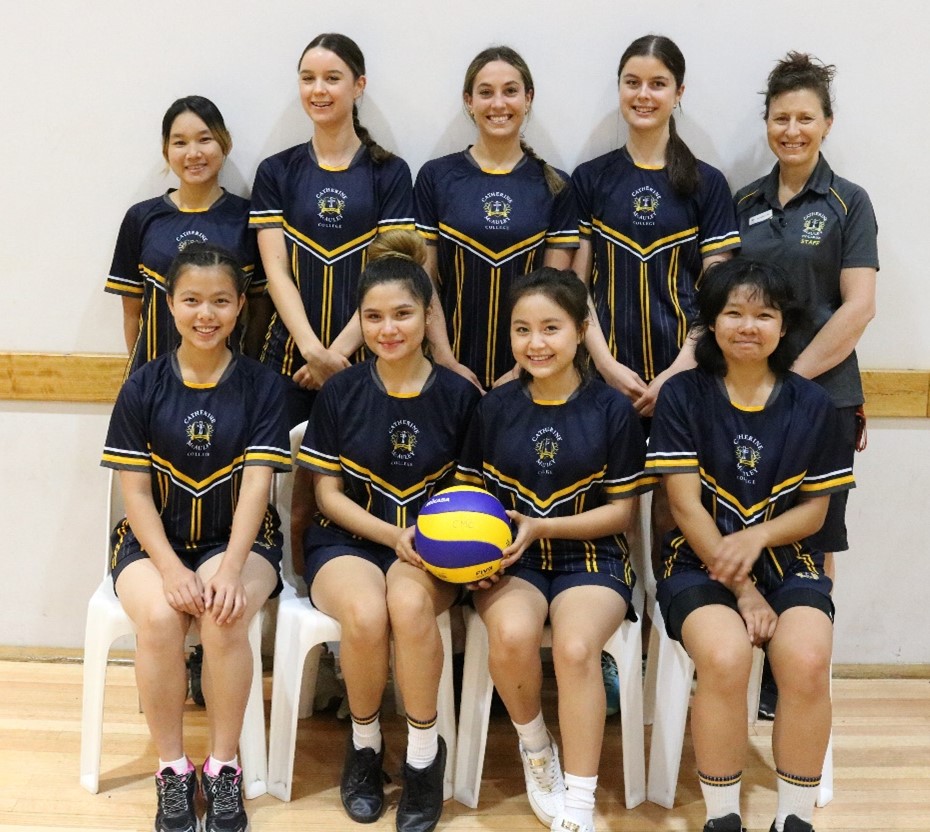 Having been through the longest selection process of the previous three years, the Senior Boys Volleyball team headed to the Sandhurst Division round with high aspirations.

Oliver Mayman captained the team into round one, against Castlemaine Secondary College. The team started confidently and took advantage of the collective height and vertical leaping ability among the group, taking the first set 20-10. With a number of rotations, the team took to the second set with confidence, and after some early wobbles, they served their way ahead to take the set 20-12 and therefore win the game.

Stepping into round two, Liam O’Brien took the lead as captain and set a clear example for the team. Racing out to a 7-0 lead against Marist College Bendigo, the team were confident and motivated. In quick succession, the team served, spiked and scored, to take the first set 20-5. The second set saw rotations throughout the group and consolidation of skills. Despite a close start, the team asserted themselves to win the set, and match, 20-11.

The final round saw the team come up against the very well drilled outfit from Bendigo Senior Secondary College. Min Min Soe stepped up to lead the squad into the toughest game of the day. The lead seesawed throughout the first set. Fielding a barrage of spikes, the team held fast and maintained their energy to take the first set 20-18. BSSC came out quickly in the second set and swung the momentum to their favour quickly. Despite gallant efforts to stay in contact, the CMC team couldn’t get a run of points, and dropped the set 10-20. For the first time of the day, the game was going to the 3rd and deciding set. With confidence returning, the team rose to the challenge and kept the score as close as possible. The 3rd set is only played to 15, so just as momentum was coming back to the team, a few dropped points saw the match slip away, 8-15 in favour of the opposition.

It wasn’t to be this time around, however the team can be proud of their effort, energy and approach to the game this year.

Thank you to Mr Hogan for coaching the team. 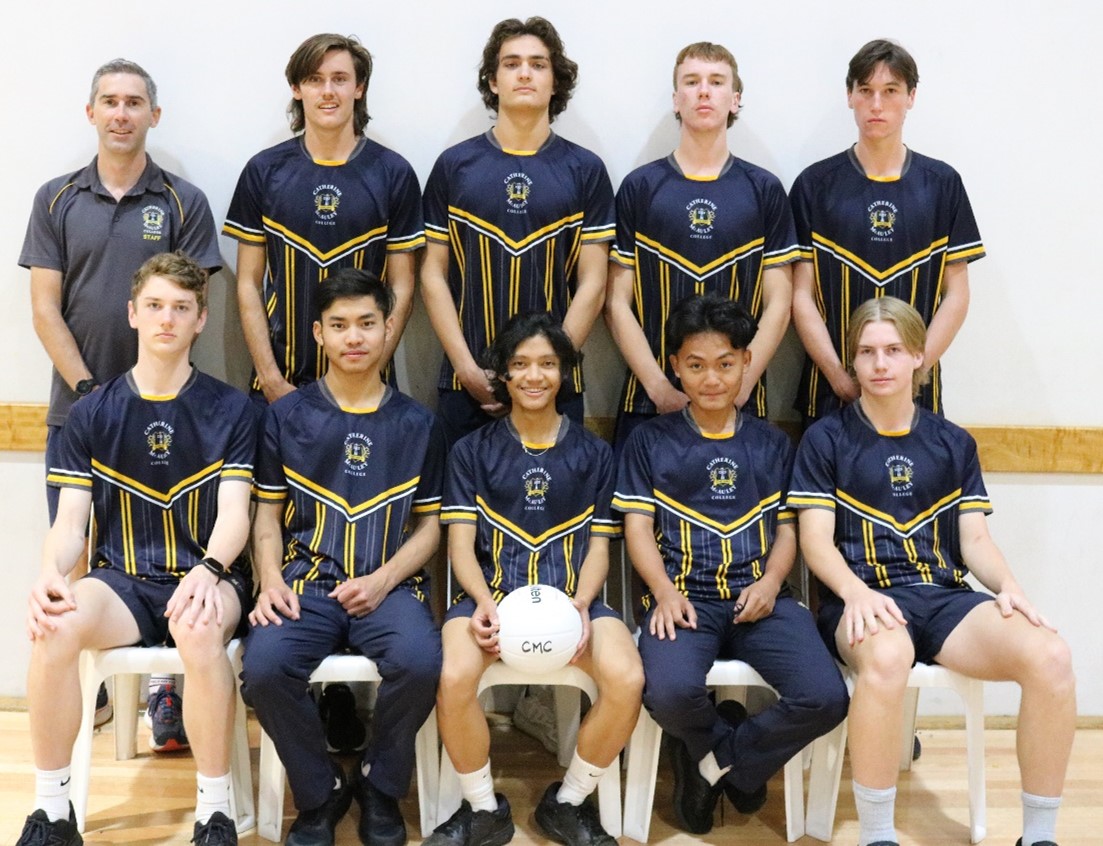 A fighting fit team of Year 7 and 8 boys and girls battled it out at the Sandhurst Volleyball Championships.

The girls had a slow start but despite a late comeback were unable to overcome a determined Crusoe College team. It was a great effort by the girls along with some excellent leadership from Olivia Nicholls and Sophie Tyrrell that resulted in them taking home the silver in a tough tournament.

Students really enjoyed cheering on their peers as well as the level of competition on the day.

Thank you to Mr Canterford for coaching. 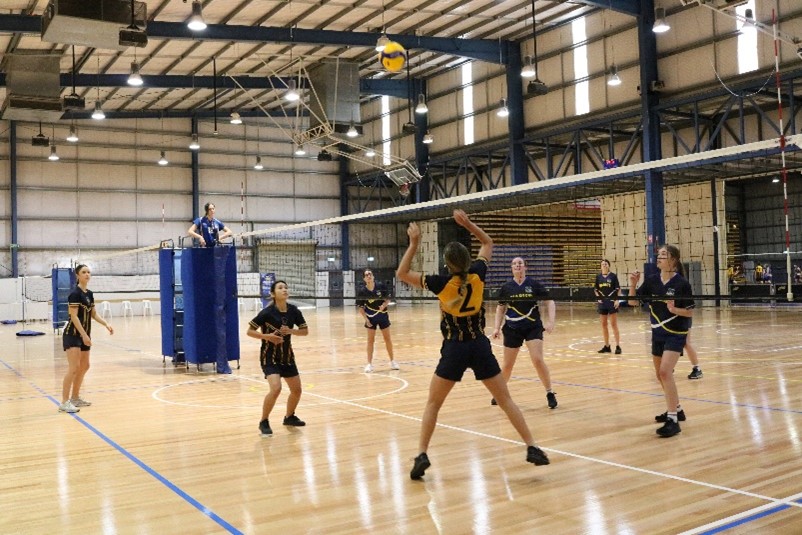 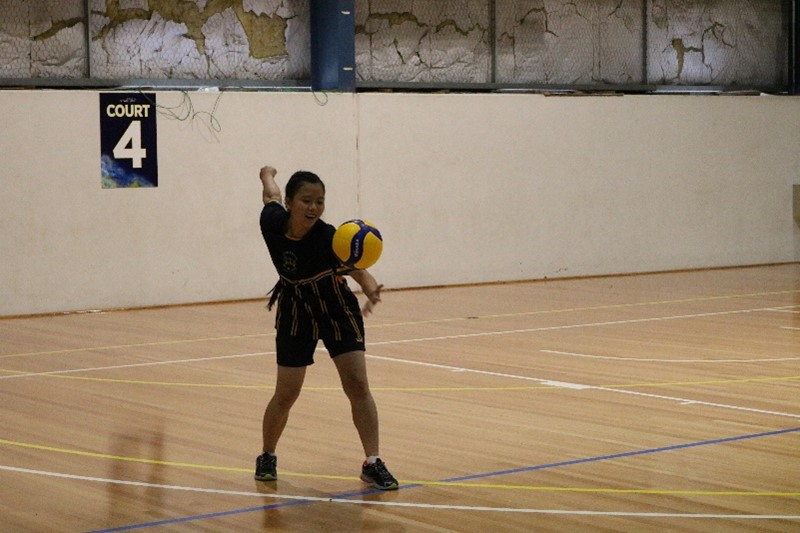 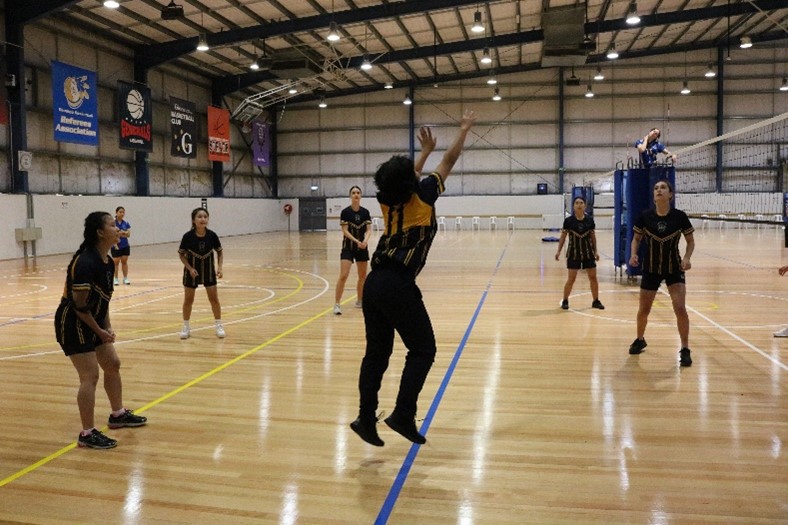 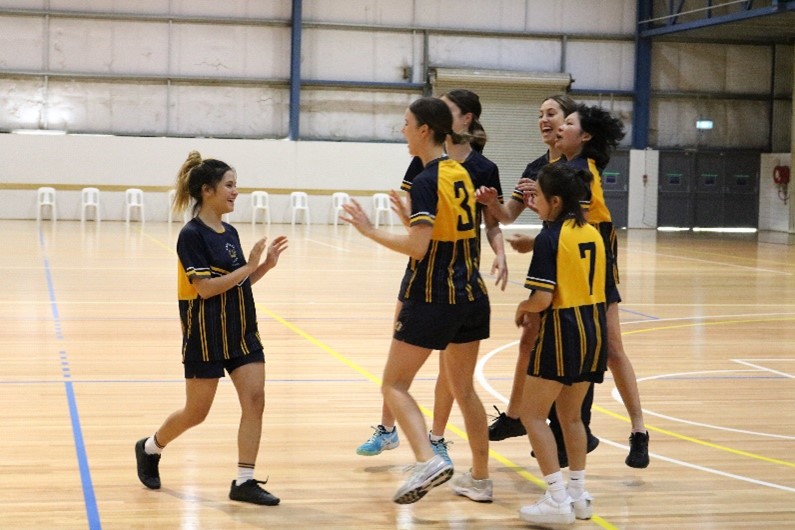 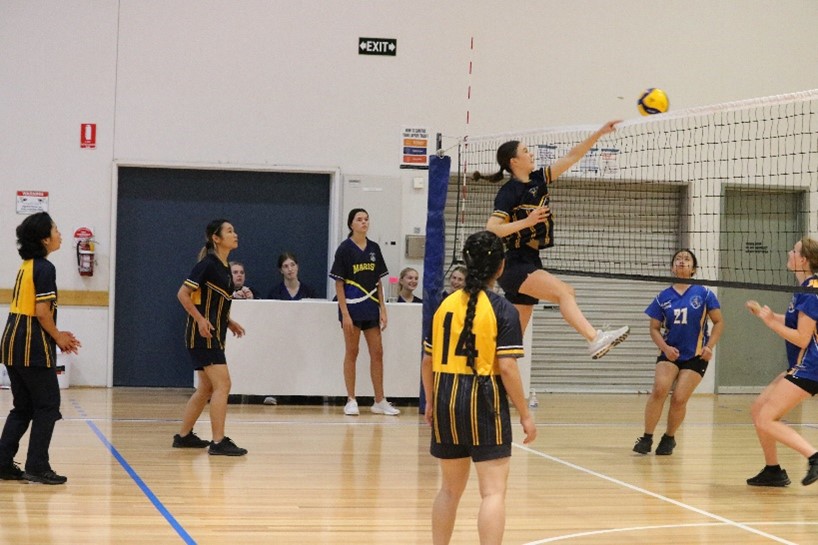 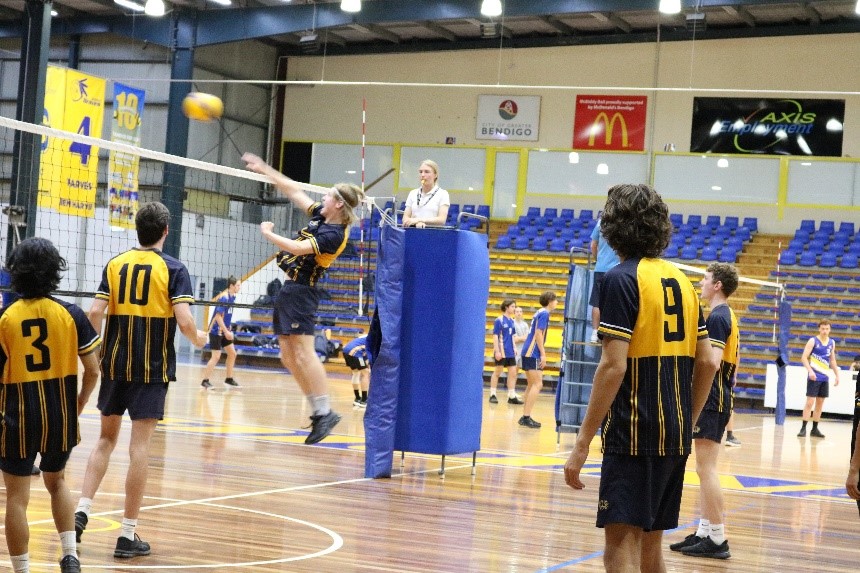 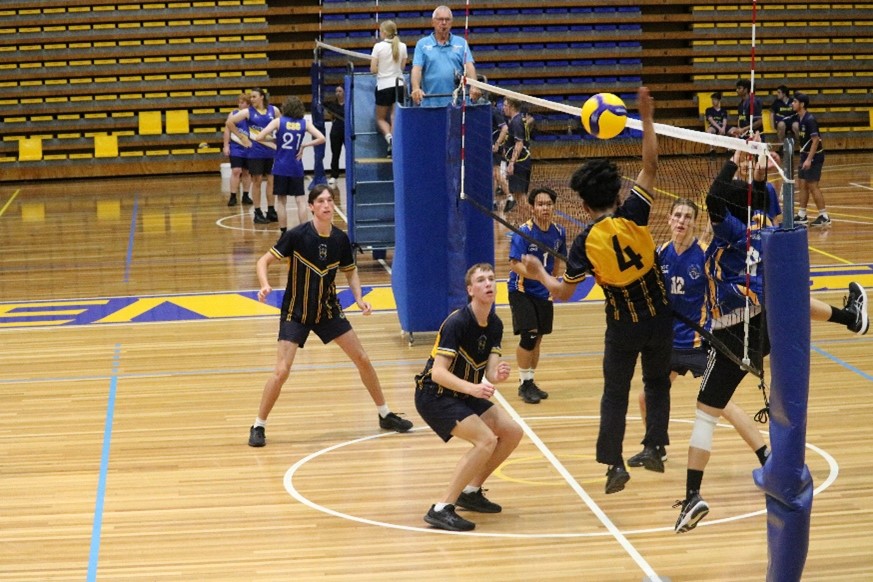 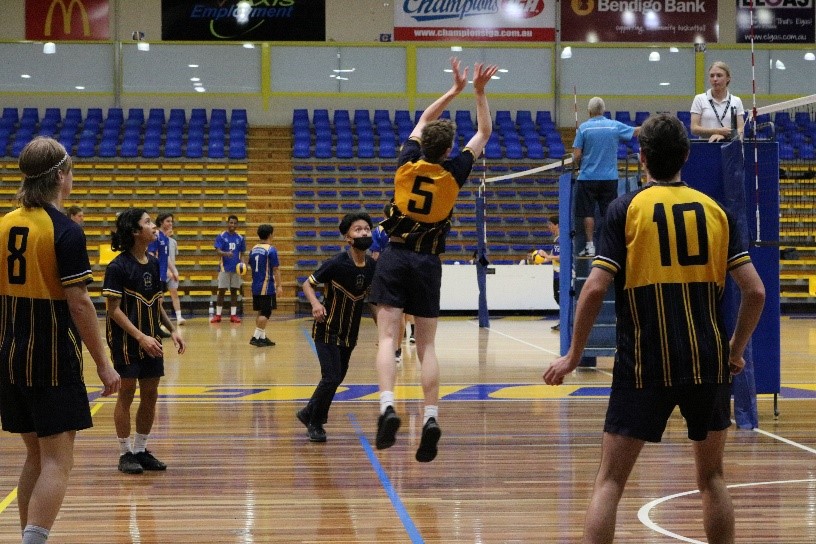 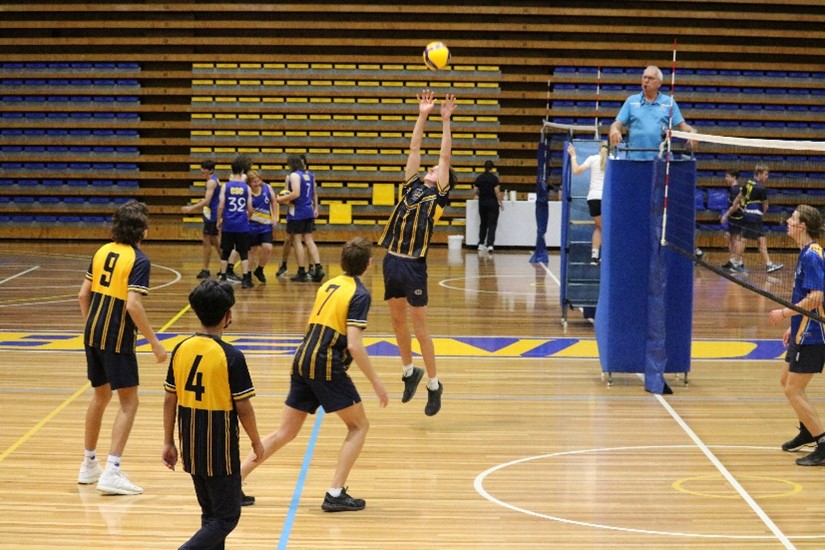