On Wednesday 27 May at 10am our indigenous student Ben Hart (Year 12) lit a fire for a smoking cleansing ceremony to mark the start of National Reconciliation week.

Ben lead the smoke cleansing and flag raising along with indigenous student Madeline Marks (Year 12) who read an Acknowledgment of Country.

“As we gather to pray for Reconciliation, may we remember that May 27 and June 3 are important dates in Australia’s history. May 27 marks the anniversary of the 1967 referendum when Australians voted to remove clauses in the Australian Constitution that discriminated against Aboriginal and Torres Strait Islander peoples.

June 3 marks the historic 1992 Mabo decision in which the High Court of Australia recognised native title and so we acknowledge that we gather today on the land of Dja Dja Wurung country and pay our respects to our elders both past, present and emerging, for they hold the memories, the culture and the wisdom upon which our nation’s future will be built.

We express our gratitude in the sharing of this land, our sorrow for the personal, spiritual and cultural costs of that sharing and our hope that we may walk forward together in harmony and in the spirit of healing”

A smoking/cleansing ceremony is part of a process that helps all those who pass through the healing smoke. This cleansing process is not only used here in Australia, but by many First Nations people around the world. It is seen as essential to physical and spiritual well-being.

Ben joined Uncle Ricky Nelson (Dja Dja Wurrung Elder) and Aunty Kathryn Coff on Zoom as Uncle Ricky Nelson offered us all an opportunity to share a deep connection to land and culture. Student leadership and Staff leadership passed through the smoke with the cleansing overseen and lead by Ben.

During the flag raising a reflection was read that was written by a Year 9 indigenous student Ailish Clements. Jessica Mauboy’s version of Amazing Grace was played during and after the flag raising, allowing time for reflection. 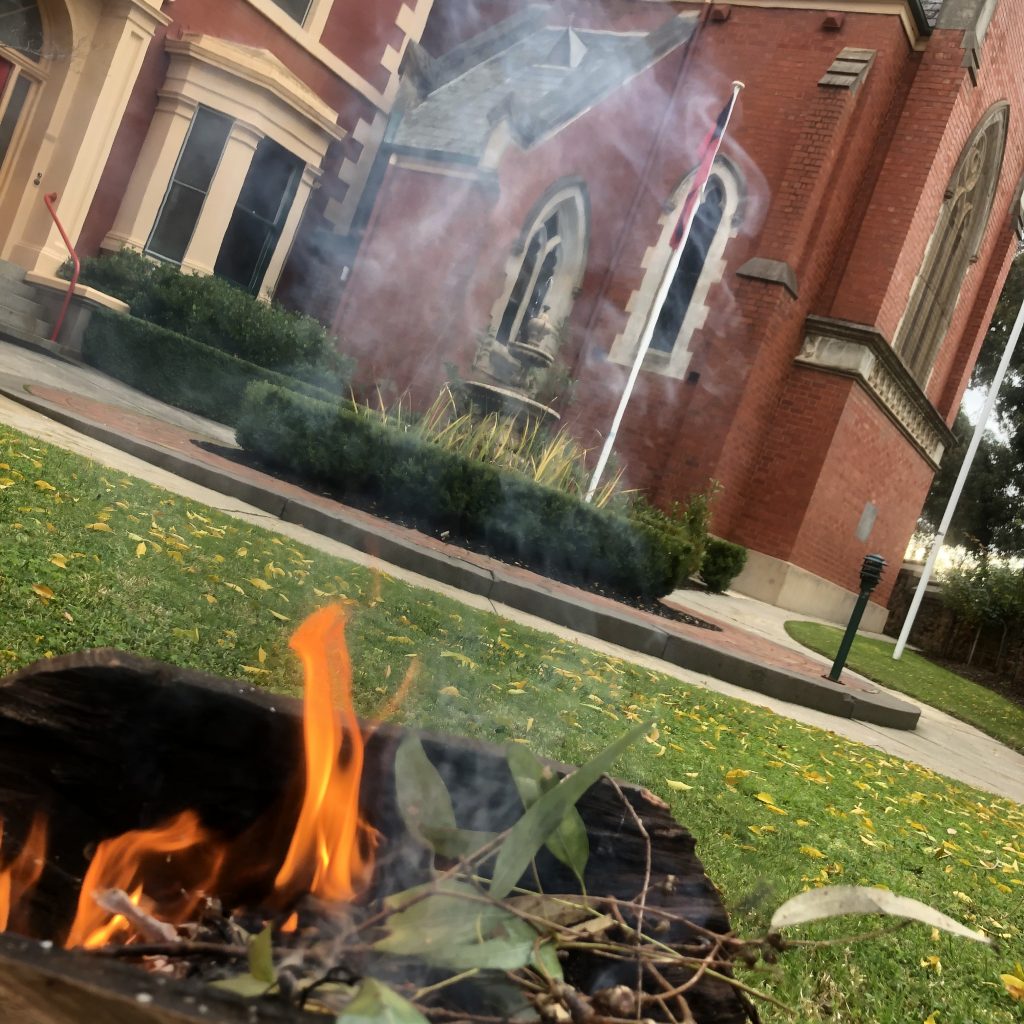 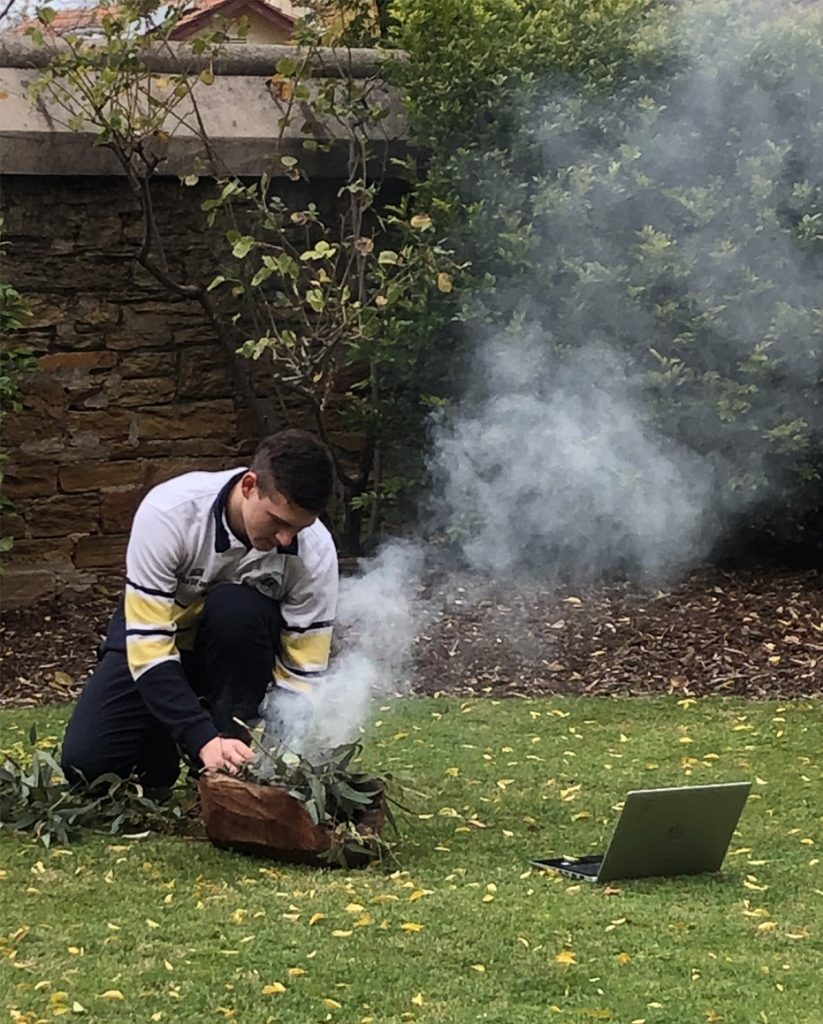 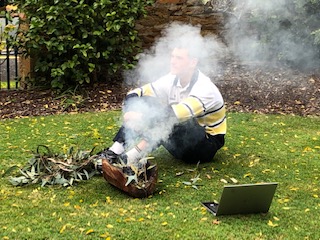 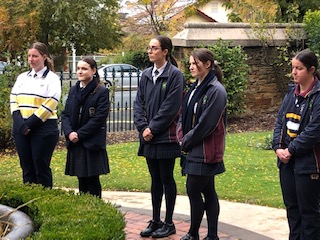 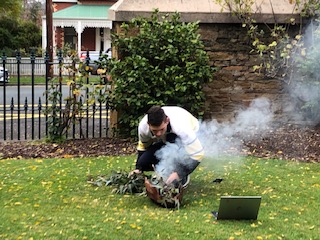 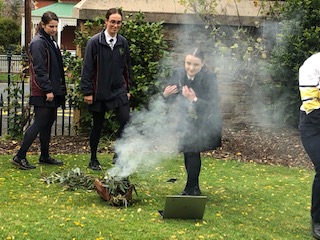 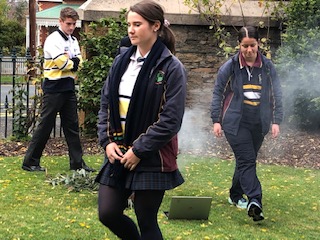 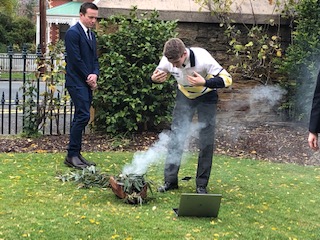 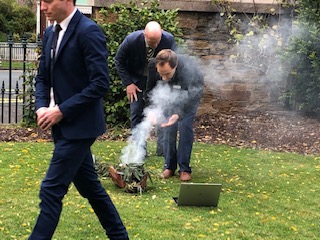 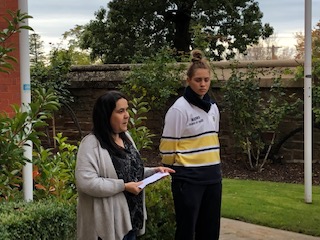 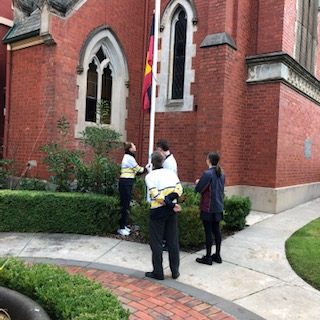 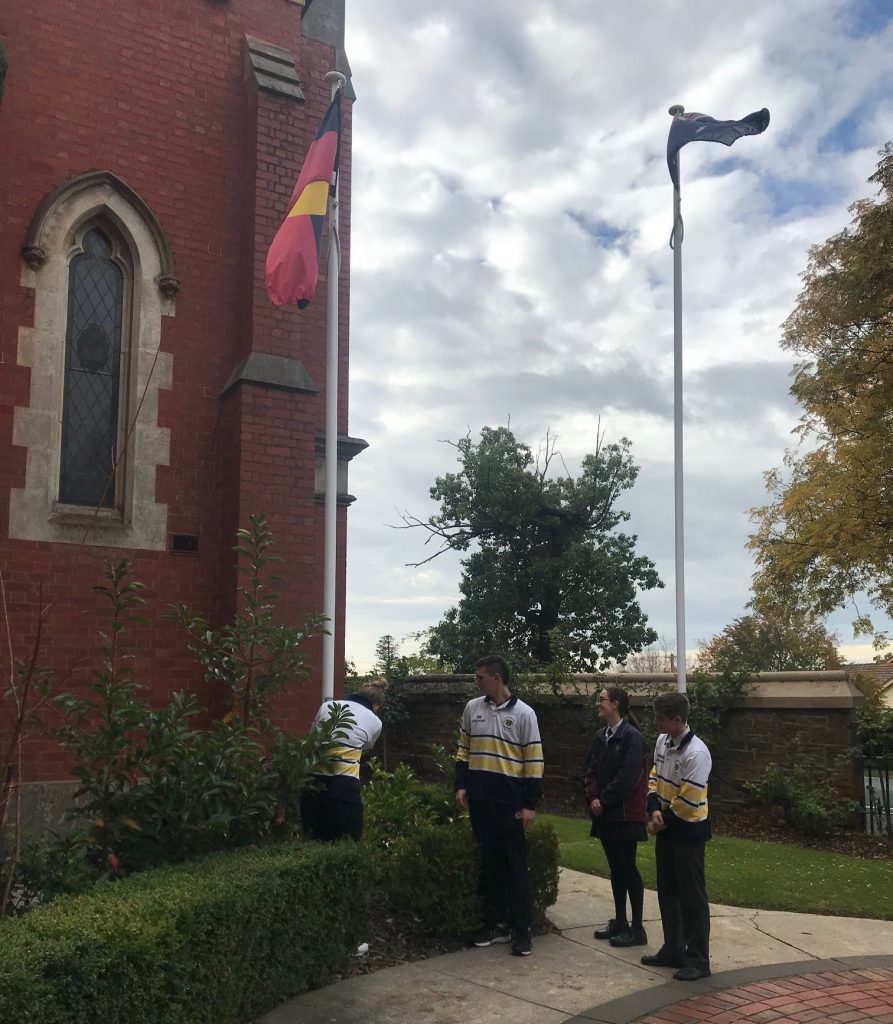 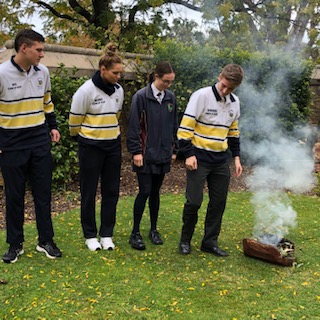 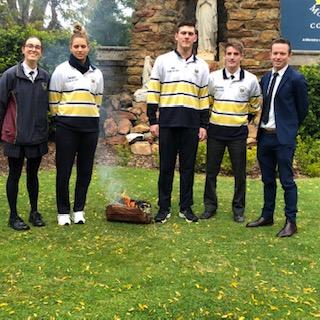 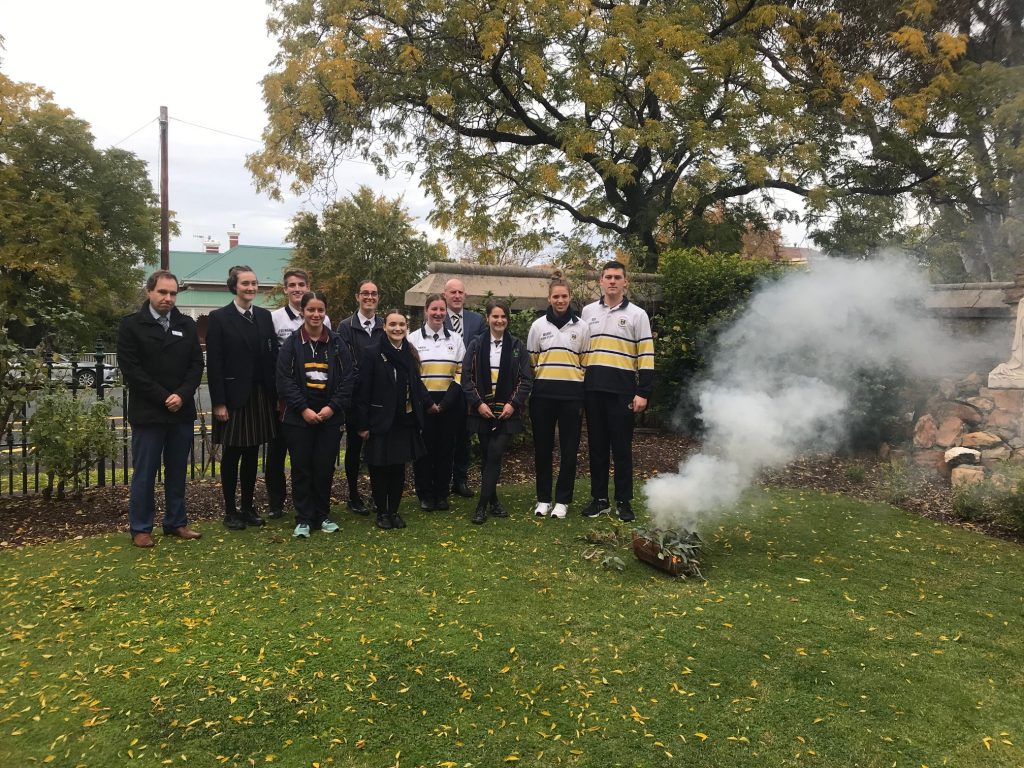