Wednesday 27 June was the day for the big dance – the SSV Premier League Grand Final at the QEO against our cross-town rivals, Bendigo Senior Secondary College (BSSC). From the first play of the day BSSC was attacking, however our defenders were, as usual, up to the task. The intensity from Senior was much higher than the last time the boys met and it soon became evident that our boys were a bit stunned by this. This early onslaught by BSSC saw Jimmy Mittell cop a knee in the hip, which ruled him out for the remainder of the match – a big loss. BSSC then scored the first goal of the match and clearly were up and about. Despite their domination, our boys were fighting hard and were still in the game. BSSC added a couple more points to our solitary one point and the end of the quarter could not come soon enough, as the coach needed to get the message to the boys to reset. By the quarter time break it was CMC 0-1-1 to BSSC 1-2-8.

The second quarter was sadly much the same as the first with the boys seeming to be always second to the ball and constantly under pressure, causing them to second guess their usual run and carry style of play. The boys did score the first goal of the quarter through Nick Keogh and this gave the boys a lift. However, their other three scoring shots resulted in points and the game became increasingly frustrating. BSSC pressed and pressed and were rewarded with two majors of their own and hence took a 2-goal lead into the half-time break. CMC 1-3-9 BSSC 3-4-22.

The half time rev from the coach was deserved and the boys were keen to turn things round in the third quarter. BSSC had a similar mindset to their first half and the pressure continued, resulting in a goal just two minutes in. A moment of brilliance and a 50m penalty saw co-captain Clohesy kick our first goal of the quarter. Then a brave piece of play saw Flynn Perez tunnelled and injured – the resulting free kick saw co-captain Hunter Lawrence score another much-needed goal. It was now that the boys really lifted. It was a two goal to one quarter and the momentum started to shift – with just twenty minutes to play it was BSSC by only six points.

The last quarter was frantic; it was BSSC that hit the scoreboard early with a six pointer and then a point to take the lead out to thirteen. At that point our boys finally kicked into gear. Their link-up play started to click and it paid off as Nick Keogh kicked his second goal and it was just a 7-point game; then, from nowhere, a quick transfer of play from BSSC saw them get the lead out again to twelve points. From there it was full-out attack from the CMC boys but it was points they were kicking not goals – as the lead trickled down to nine points. Will Wallace finally got on the end of a centreing ball and with four minutes to play the boys were just three points adrift; a brilliant come-from-behind win was a big possibility. They pressed and attacked, trying everything to score that winning goal. With just twenty seconds to play Hunter Lawrence took the ball from our defence, baulked around a defender and sent the ball long into attack. An intercept mark by a BSSC defender however thwarted any chance of a fairytale win.

The boys may have gone down by just three points, but it was a great game and they should be very proud of their amazing efforts. The boys’ determination, endeavour and commitment to their school football has been nothing short of sensational. Congratulations boys – it was a great year, don’t be too disappointed.

Hunter Lawrence was awarded the Best on Ground Medal for CMC, with all players receiving a runners-up medal and banner. Final Scores CMC 5-8-38 to BSSC 6-5-41.

A massive thanks to Lee Coghlan for his commitment to coaching the boys. Thanks to Shane McConvill for being the most amazing and meticulous team manager and to Laurie Martins whose service as a trainer was exceptional.

Thanks also to the parents and families for your incredible support across all the games and especially at both finals matches. 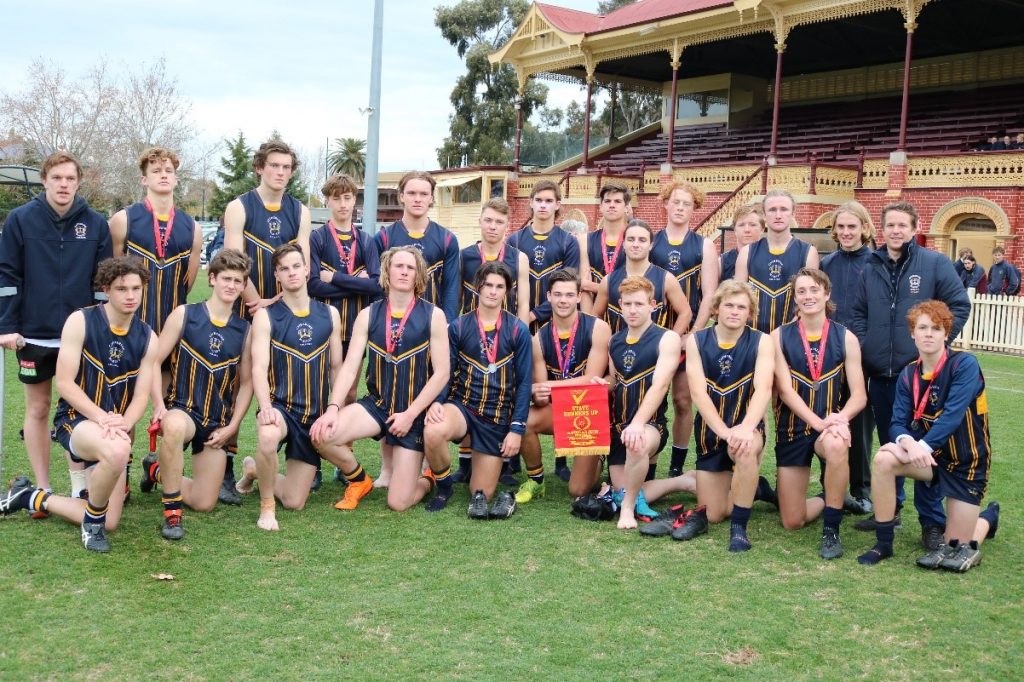 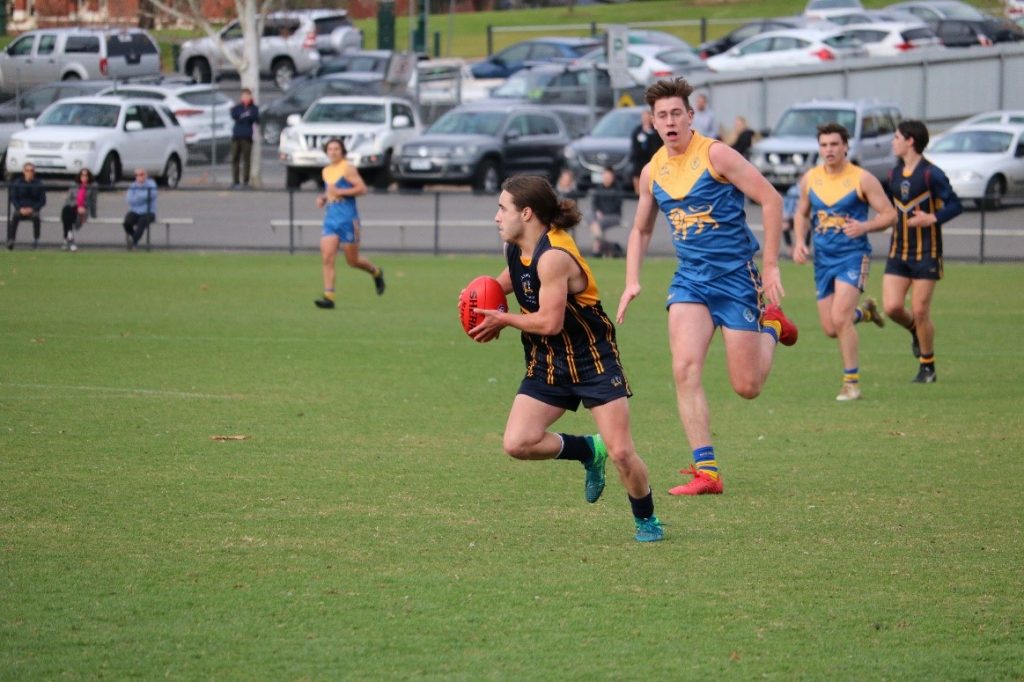 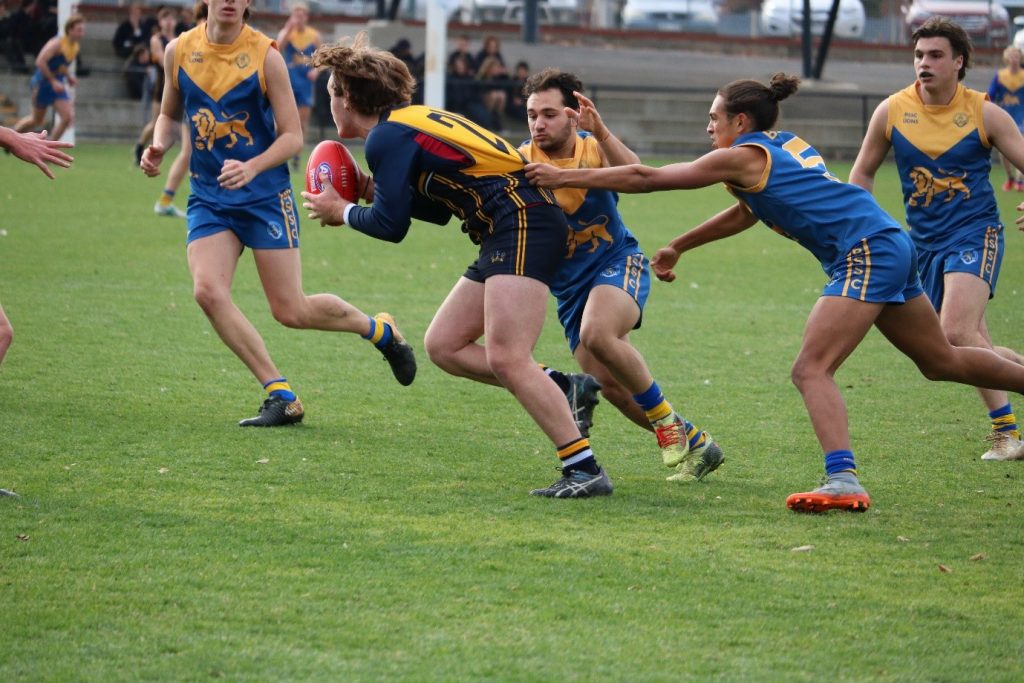 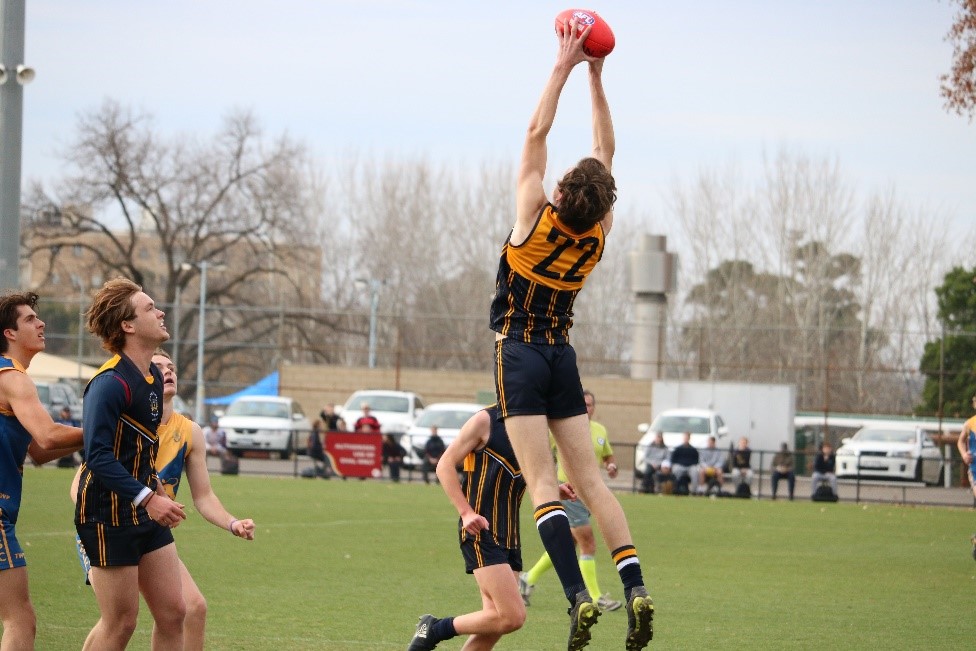 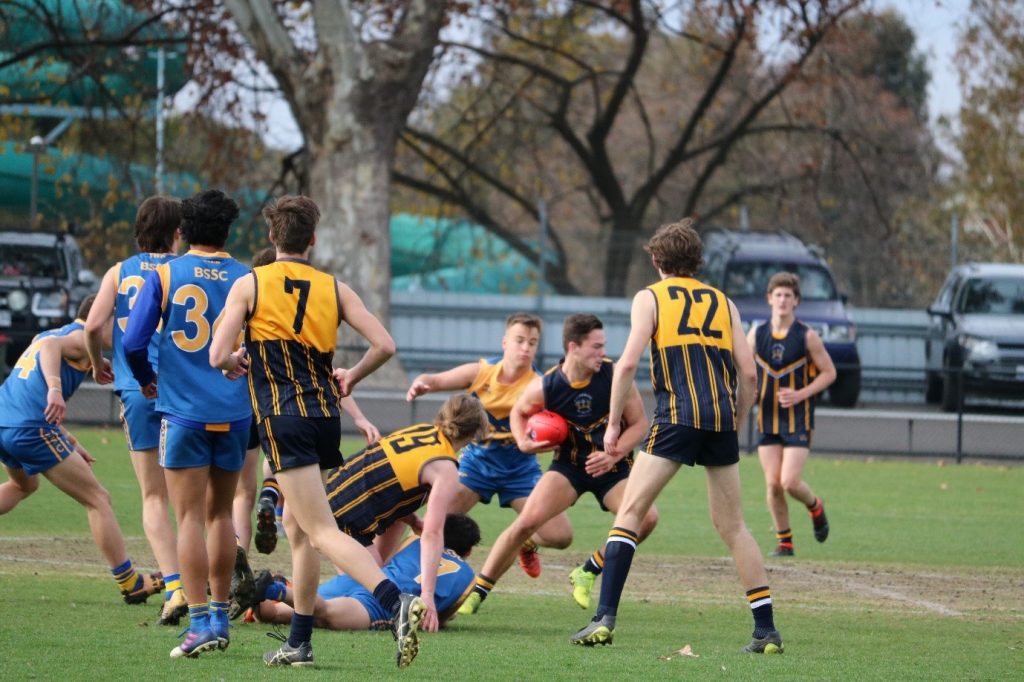 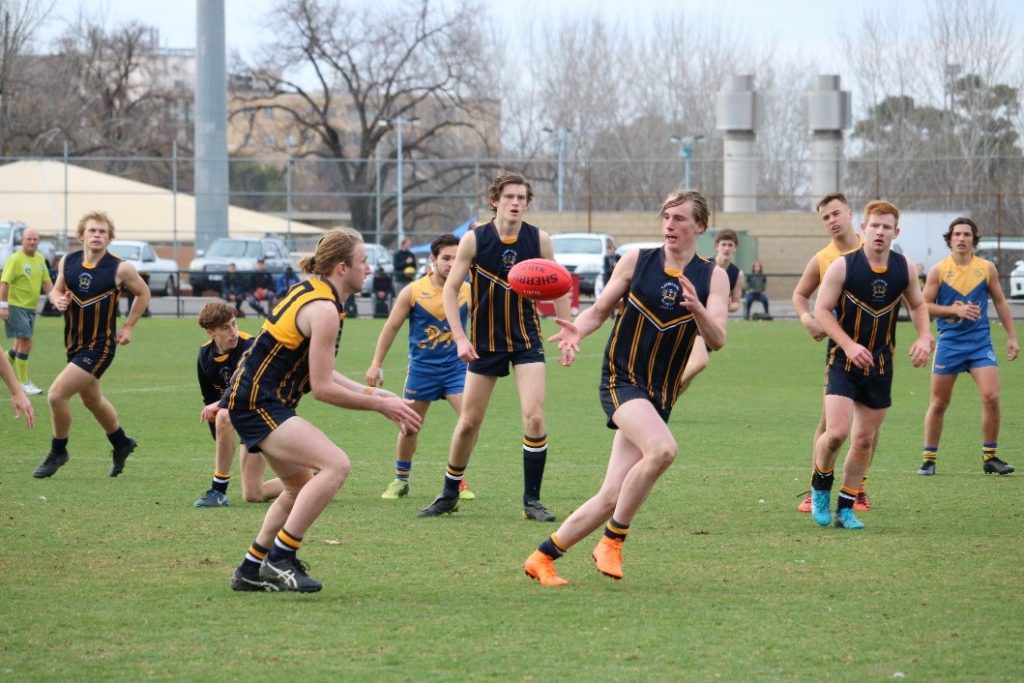 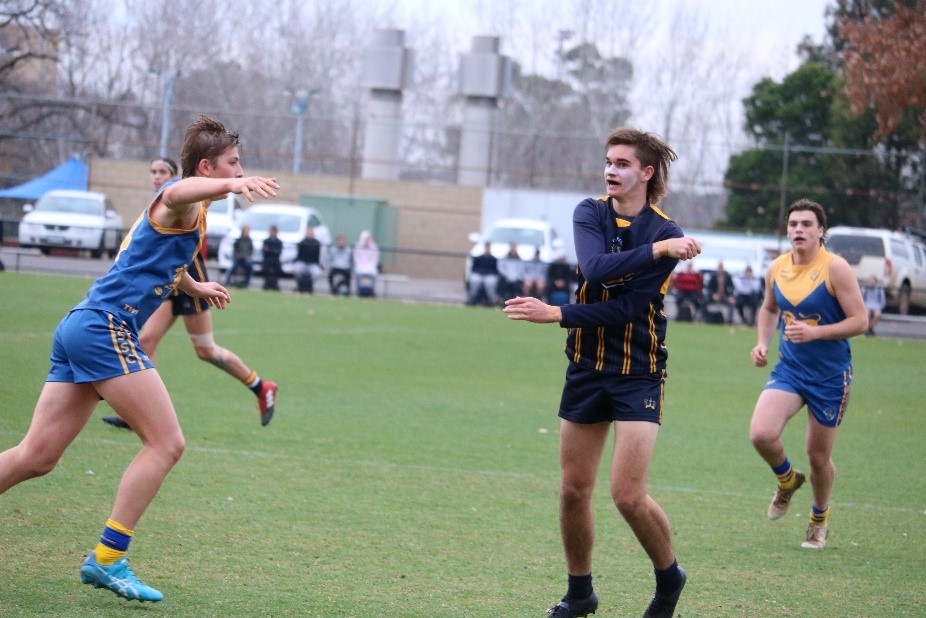