The Premier League Grand Final clash between CMC and Emmanuel College Warrnambool was full of intensity, with both teams putting in an enormous effort to try and take the title of Premiers. In the end, it was Emmanuel who were victorious by a thrilling 15 points.

The Premier League Grand Final between Catherine McAuley College and Emmanuel College Warrnambool was played on Wednesday 22 June in Ballarat. The game began as you would expect – full of intensity, with both teams putting in enormous effort in and around the pack. It was a fierce battle as both teams had their eyes on the end prize. As the ball rebounded from end to end, it was our captain, Rowan Fox, who took a strong mark in the fourth minute. His ability to steady, calm his nerves and kick the opening goal was brilliant.

The boys were up and about, however Emmanuel’s pressure and ability to turn the ball over was proving decisive the more the quarter went on. They kicked a couple of behinds and then hit the front with a goal at the 11-minute mark. The CMC boys were not perturbed though, as Wilson Butler snapped a brilliant goal from the pocket late in the term giving CMC a 4-point lead at the quarter-time break.

The second quarter was just as intense, with both sides giving it their all, hitting the packs hard and fast. CMC kicked a point early in the term, however, Emmanuel seemed to have the run of play for a while. The defenders of McMahon, Mayman, Harris, Long and Meersbergen were elite, effecting a multitude of spoils and limiting any potential scoreboard pressure that Emmanuel threw at them. Their ability to intercept and rebound many of Emmanuel’s forward thrusts was what was keeping us in the game at that point.

Emmanuel eventually kicked a major at the 8-minute mark, as their pressure was starting to outmatch the CMC boys. However, at that point a switch was flicked, and the CMC boys were now winning the hard ball and transferring play with skill, accuracy and ferocious tackling. Jasper Cheesman took a great mark thirty metres out, directly in front and kicked accurately at the 12-minute mark, followed by Archer Day-Wicks who kicked his first major for the day at the 17-minute mark. The boys finished off the term strongly and went into the halftime break with a handy 10-point lead.

Coach Coghlan was positive in the rooms during the break. His message was simple: back yourselves, play as a team, run, give it everything and come home with the win.

Control of the match was back-and-forth for the first half of the second quarter, with both sides finding it hard to score. Emmanuel managed two behinds for the first half of the quarter, then swiftly gained momentum kicking two goals late in the term. At the same time, they limited CMC to just one rushed behind and, in just ten minutes they turned a 9-point deficit into a 3-point lead by the end of the third term.

The final term was tense, with both teams giving it everything. CMC got off to the perfect start, moving the ball forward perfectly from the centre clearance down to Archer Day-Wicks who took a terrific mark and slotted through his second major for the day. CMC were now three points up. Another rushed behind was not exactly what they wanted, but all the play was in the right half of the ground.

Moments later, Emmanuel responded with a goal of their own to take back the lead by two points and only fourteen minutes left to play. Emmanuel managed to back up again with another major, and the crowd was on the edge of their seats. A free-kick out on the boundary line to Archer Day-Wicks gave the young gun another shot on goal, albeit on a tight angle – off his non-preferred foot. The kick was slightly off target and only a point resulted.

A couple more points from CMC were not the scores they were looking for, as they desperately tried to close the gap. It was Emmanuel who then showed composure and moved the ball efficiently from end to end and kicked the goal at the 16-minute mark to go 14 points up and seal the match. They managed another behind, with less than a minute on the clock, to finish 15-point victors.

It was a fantastic match from both teams, however the CMC boys were disappointed that the game didn’t quite go the way they had planned. They were gallant in defeat and should still be very proud of their efforts. To finish as the SSV Premier League Runners-up is still an outstanding achievement.

Congratulations boys on a fantastic season. 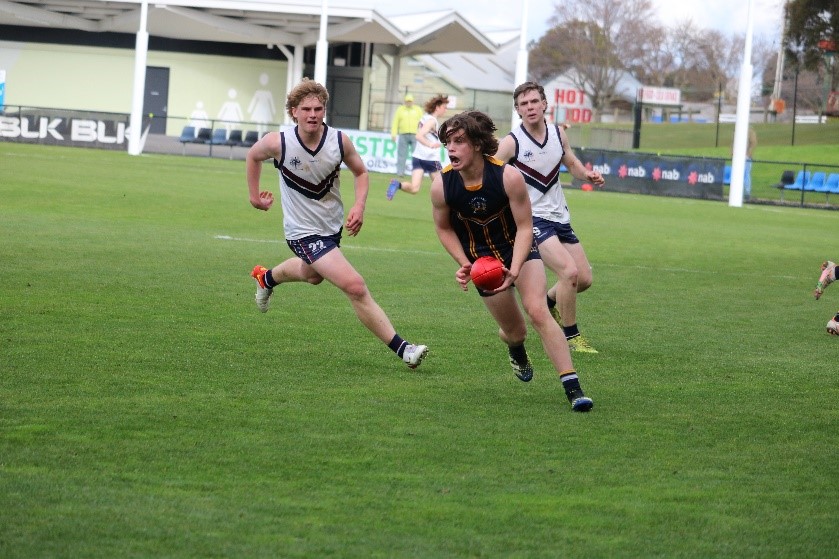 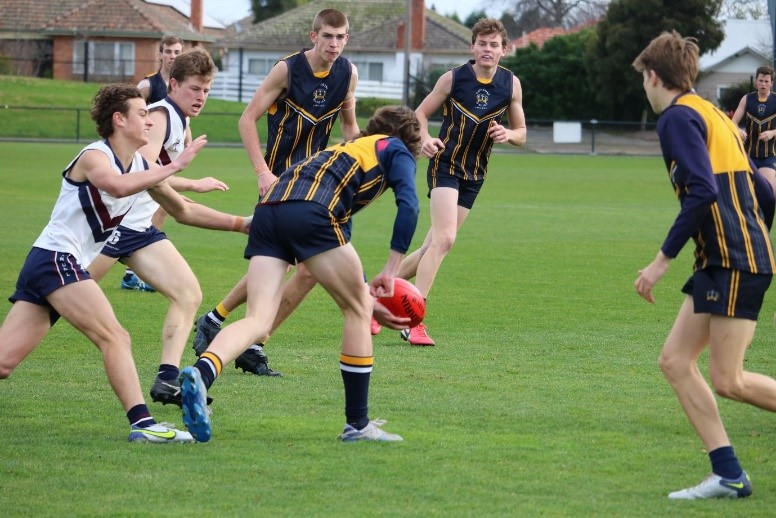 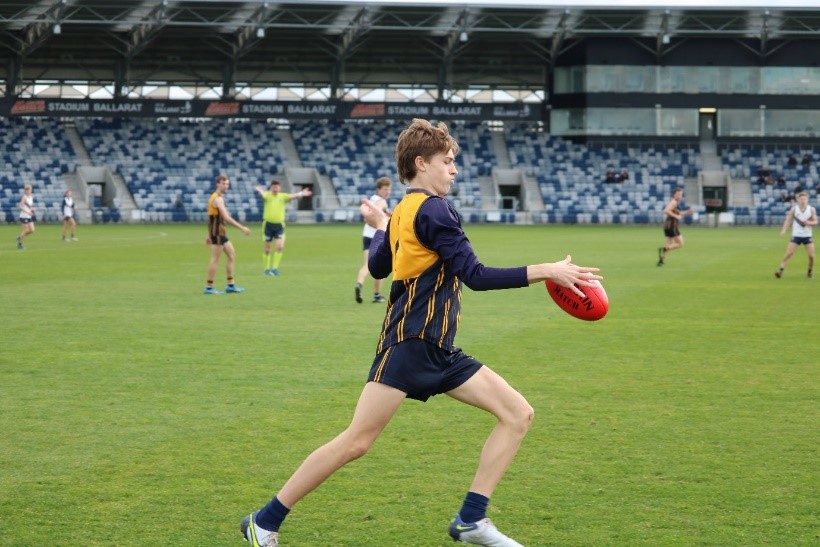 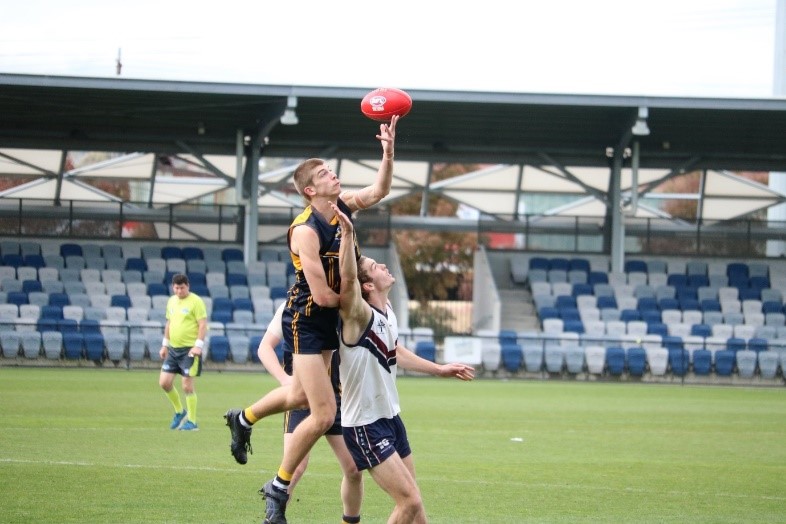 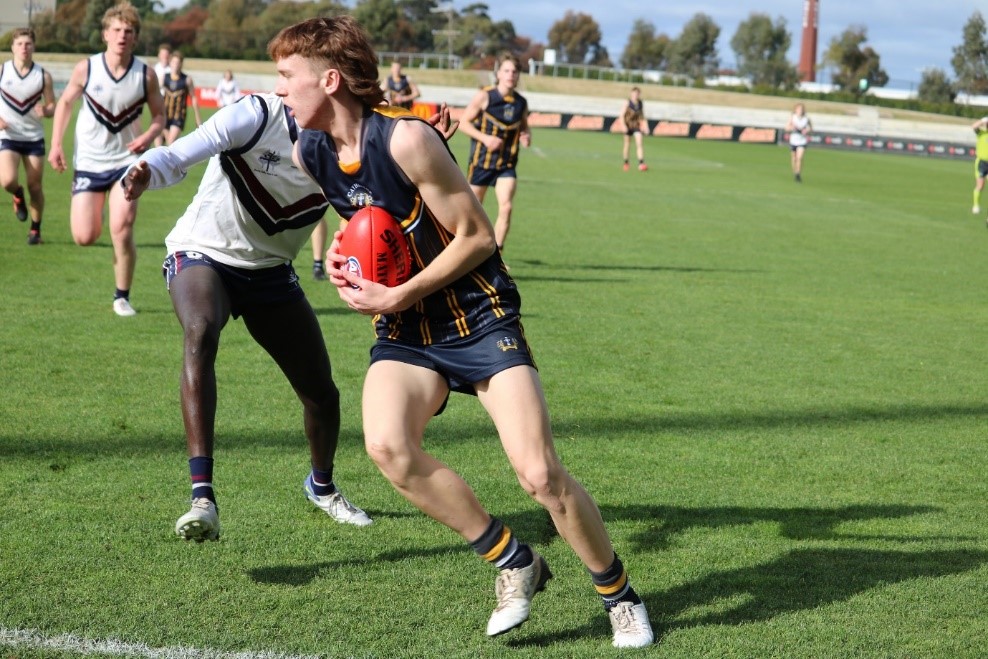 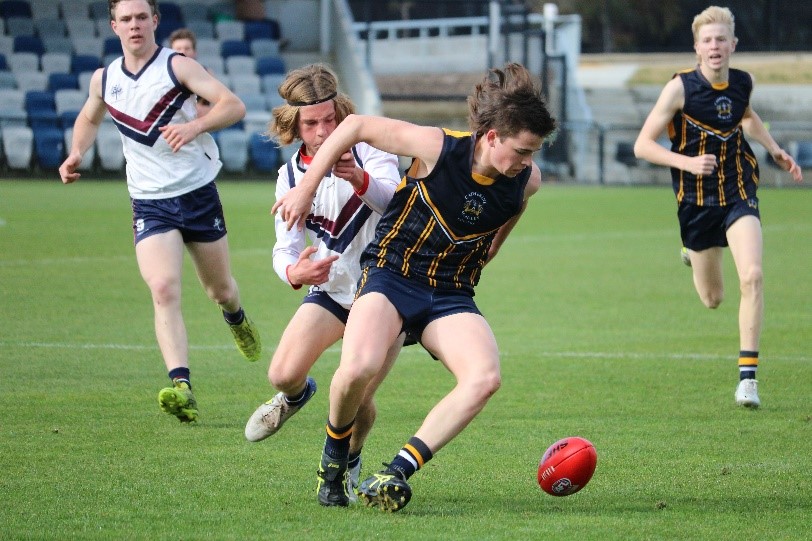 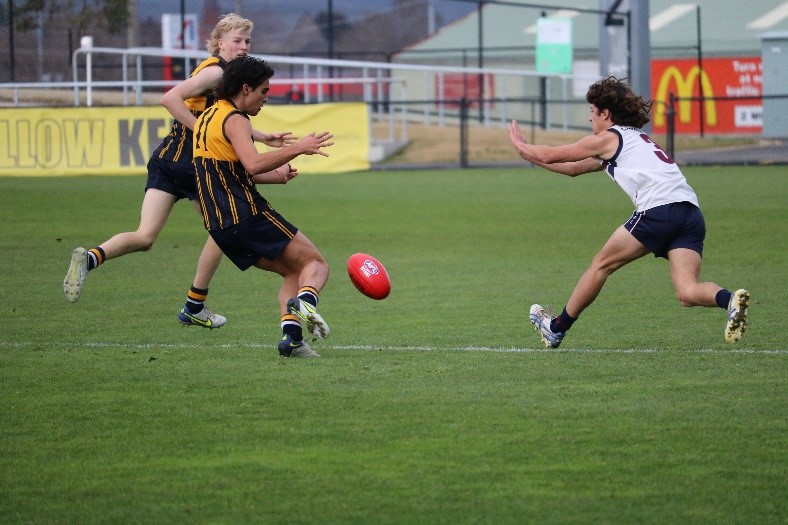 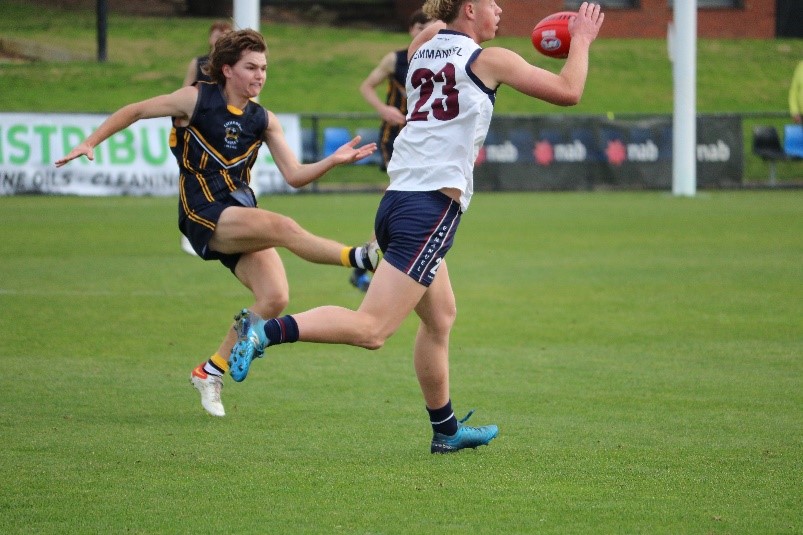 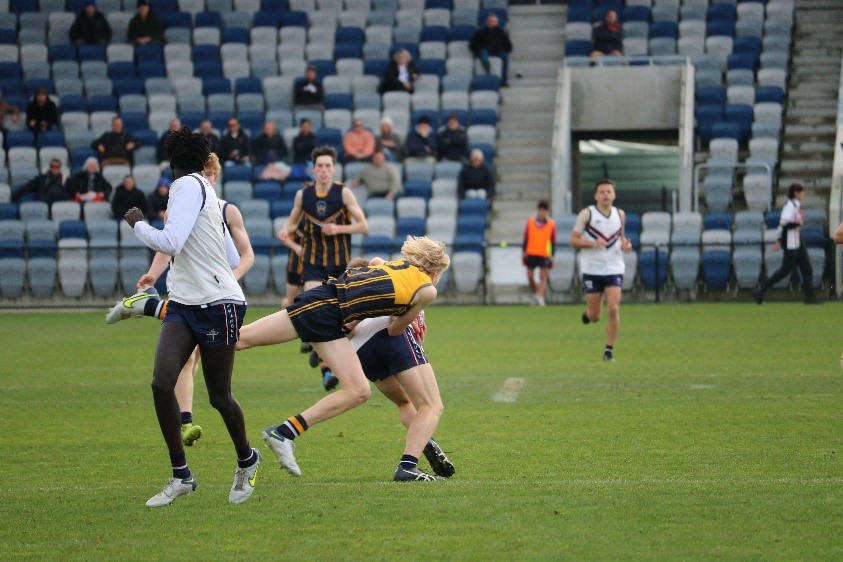