Catherine McAuley College boys defeated Warrnambool Secondary College in the Premier League to secure a place in the Semi Finals.

Round 3 vs Warrnambool Secondary College

After an early morning and a long road trip, the boys eventually arrived in Warrnambool. With just over an hour till game time, the boys had time to find their ‘land legs’ and prepare for the big game ahead. A win would see the boys finish top of the Pool and hence secure a home Semi Final. After having to make seven changes, and the inclusion of five Year 10 boys, Coach Coghlan was confident that this group could get the job done.

A win at the toss saw Shelton choose to kick with the wind and right from the start the boys took full advantage. Bryce Laird laid tackle after tackle, keeping the ball in our forward 50 and it soon paid off as Baker and Shelton kicked majors. The pressure on Warrnambool was terrific and after a flurry of behinds, the first gamers started to get involved with little Tommy Bennett kicking 2 goals and Harvey Gallagher 1. It was a good start that progressively got better as the game went on. By the quarter time siren, it was CMC 5-4-34 to Warrnambool 1-0-6.

The second term was dominated by the defenders. Led by Tanner Nally, Will Tobin and Jeremy Ellis the boys down back were brilliant in stopping most of Warrnambool’s forward thrusts as they tried to take advantage of the wind. It was the steady and controlled build up into the wind from the backline that enabled Will Tobin to run through the middle, take a bounce and slot a fantastic goal. It was inspirational and the boys were now up and about. Additional goals to Darcy Mulquiny and Zac Johns and the boys had scored 3 majors into the breeze and kept Warrnambool to just 2 points. At the half time break the boys had established a 44-point lead.

The third quarter was all about consolidation. The boys did have the advantage of the wind again but the game was becoming scrappy as Warrnambool had 15 defenders, so it was now more about just getting the job done. Connor Sexton moved into the forward line with immediate success, taking a great mark and slotting through his first goal. Shelton also bagged a major late in the term and with Warrnambool only adding 1 point, the lead going into the last term was out to 56 points.

The last quarter saw the boys dominate with link up play through the middle into the wind resulting in many forward-50 entries. Abe Sheahan was super creative off half-back, Harry Burke was marking everything and the Year 10 mosquito fleet was now well up to the speed of the game and were starting to revel in their opportunity. The big rooster in Featherby kicked 2 majors in the first 6 minutes and Harvey Gallagher kicked his second for the match at the 13-minute mark. Jackson Haigh worked tirelessly in the ruck and Mitchell Rovers continued to shimmy his way around the opposition as he had done all match with no one able to match his brilliance. It was a 3-goal to 1 quarter and the job was done.

The boys had secured the much-desired win and could now celebrate a great result. It was time to load up for the long trip home, but with a home Semi Final now secured the trip was going to be nothing but enjoyable. The final scores were CMC 13-6-84 to Warrnambool 2-6-18. Congratulations boys on a terrific performance. 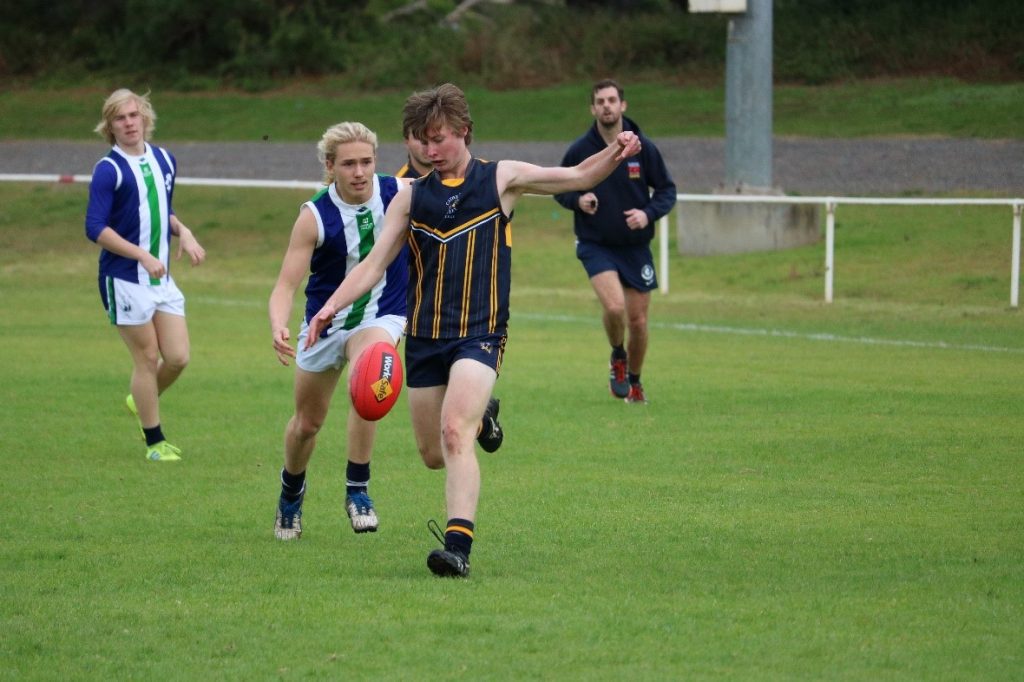 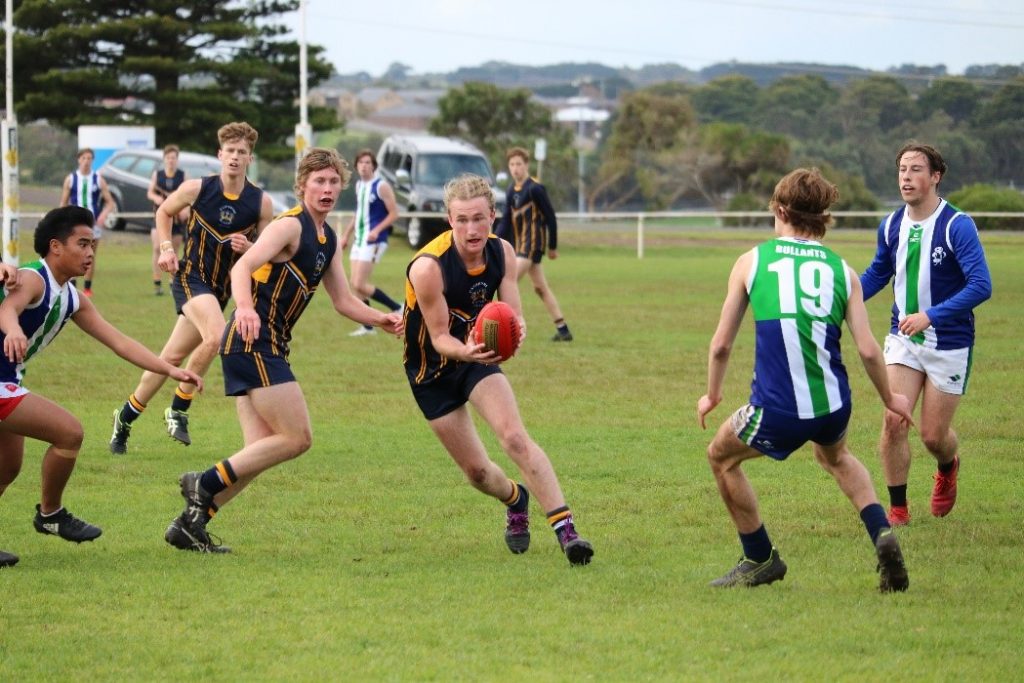 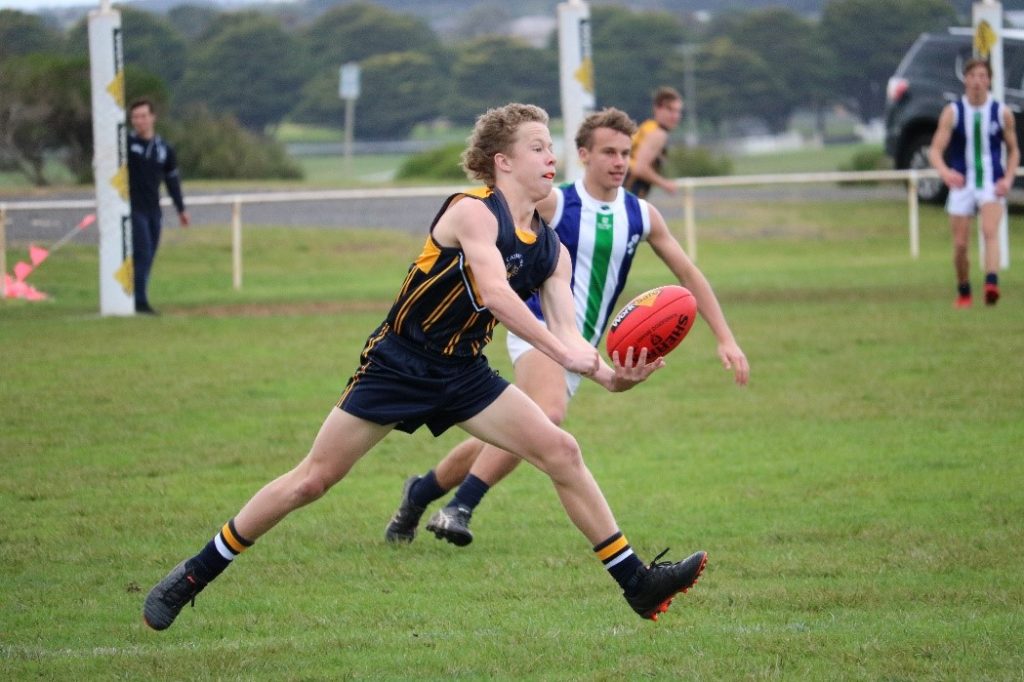 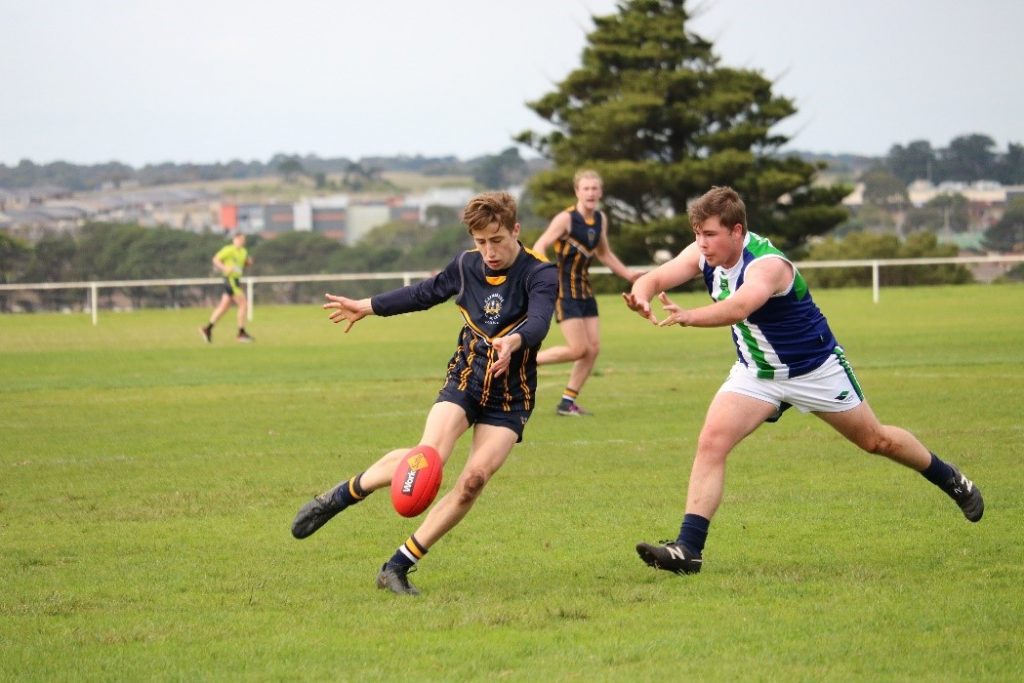