In Round 2 of the Premier League Football Competition, the boys came up against a strong team from the combined SEDA Colleges. The match was a real slog between both sides until the CMC boys gained control in the second half to gain a 29-point win.

Round 2 CMC VS SEDA

In Round 2 of the Premier League Football Competition, the boys came up against a strong team from the combined SEDA Colleges. SEDA was coming off a massive win against Hallam in Round 1 and the team presented full of confidence.

As was the case in Round 1, the CMC boys were somewhat sluggish at the start despite winning a lot of the ball in the first five minutes. Their skill level was down as they found it hard to take clean possession and find their link-up play. SEDA took full advantage of the inconsistent form of the CMC team, kicking three goals to one in the first term.

In the second quarter, it was a real slog between both sides with the match like a tug of war. Both sides had lifted their intensity and all players were hitting every contest hard, with no one prepared to take a backward step. The play rebounded from one end of the field to the other, with each team only managing one goal each for the quarter. At the halftime break, it was SEDA leading by just six points: 4–3–27 to CMC 3-3–21.

After another inspirational speech from Coach Coghlan at the halftime break, CMC came out firing on all cylinders. The boys really upped their intensity and started to win possession, link up their running play and hit their targets consistently. Centre bounce clearances were a highlight of the form of our running half-back Henry McCarthy, who was on the end of two terrific transitional plays as he kicked two goals in quick succession. The boys had now broken the spirits of the SEDA team as they dominated play all over the field and kicked an impressive five goals to one for the term.

The final quarter saw Eli Pearce kick another major within the first three minutes. SEDA then followed suit, kicking a major in the sixth minute, but from then on it was CMC once again dominating play. Goals to Jasper Cheesman, Archer Day-Wicks and Riley Mulquiny sealed the deal for the CMC Team. It was another emphatic second half of footy and a 29-point win resulted. 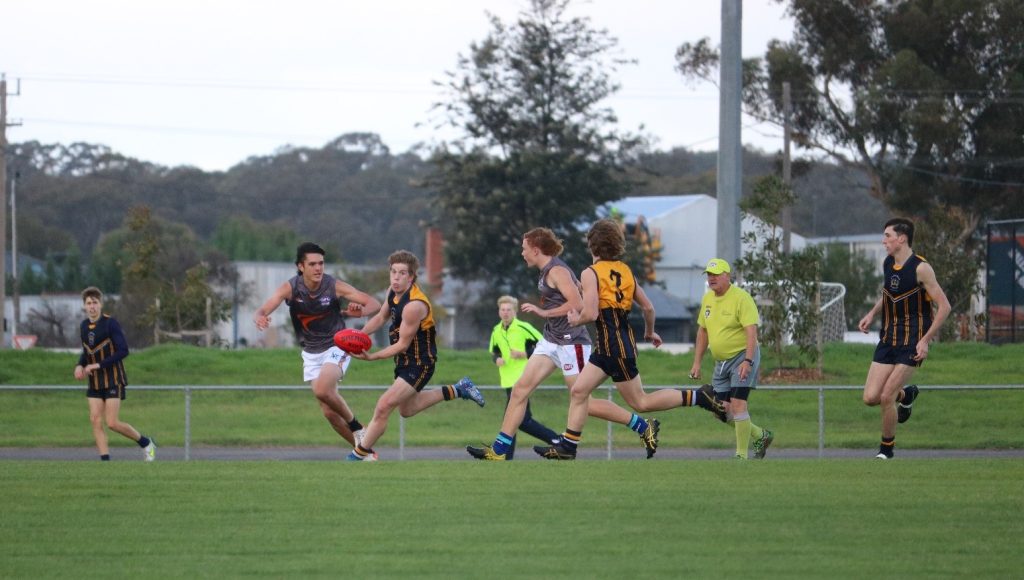 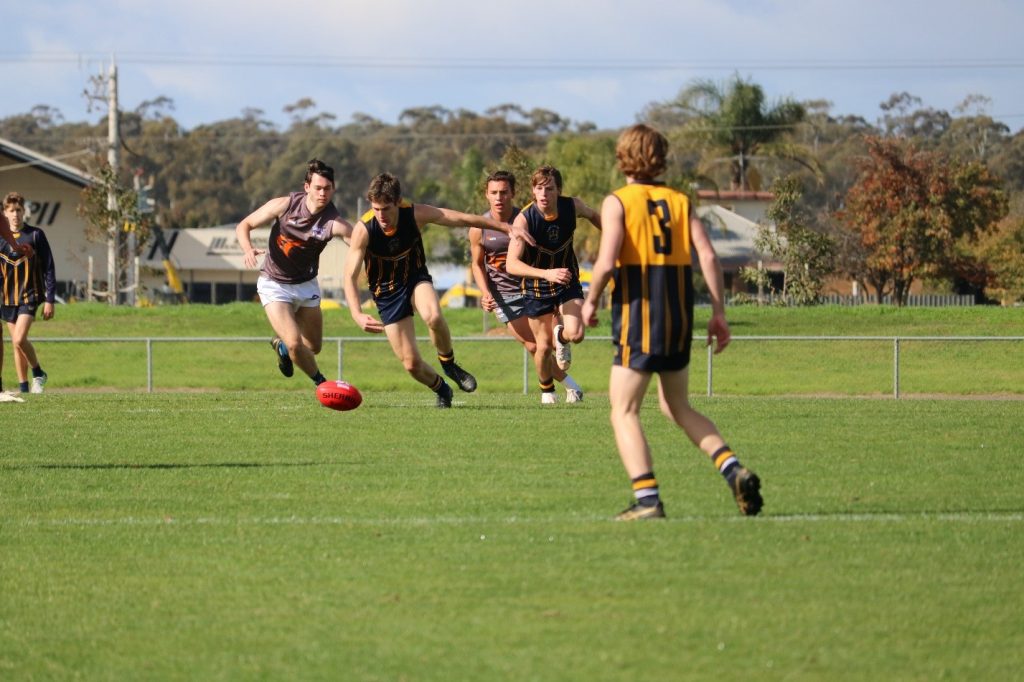 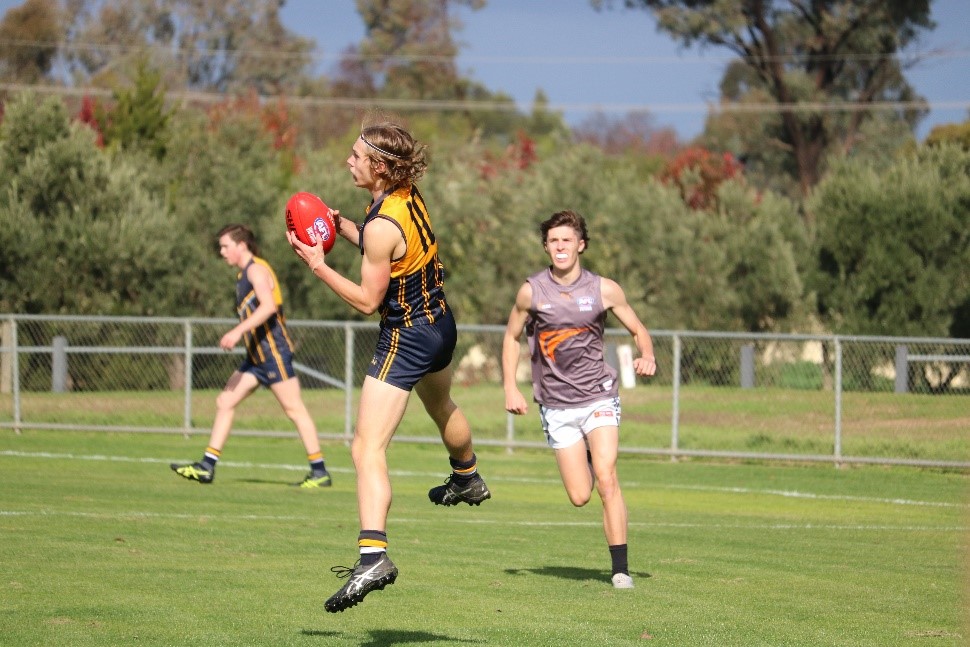 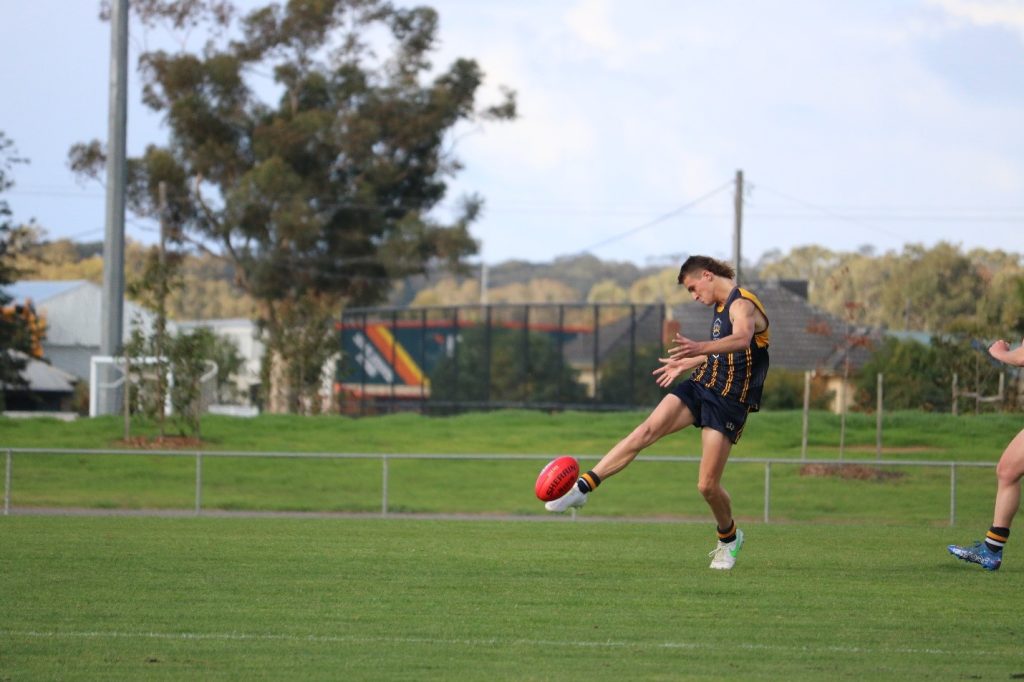 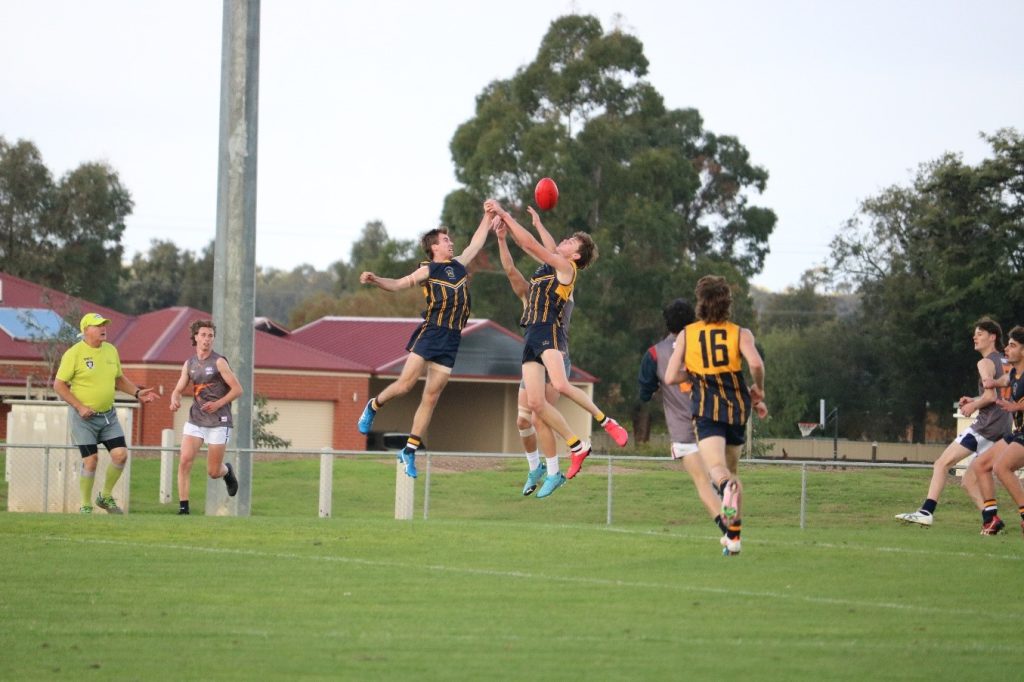 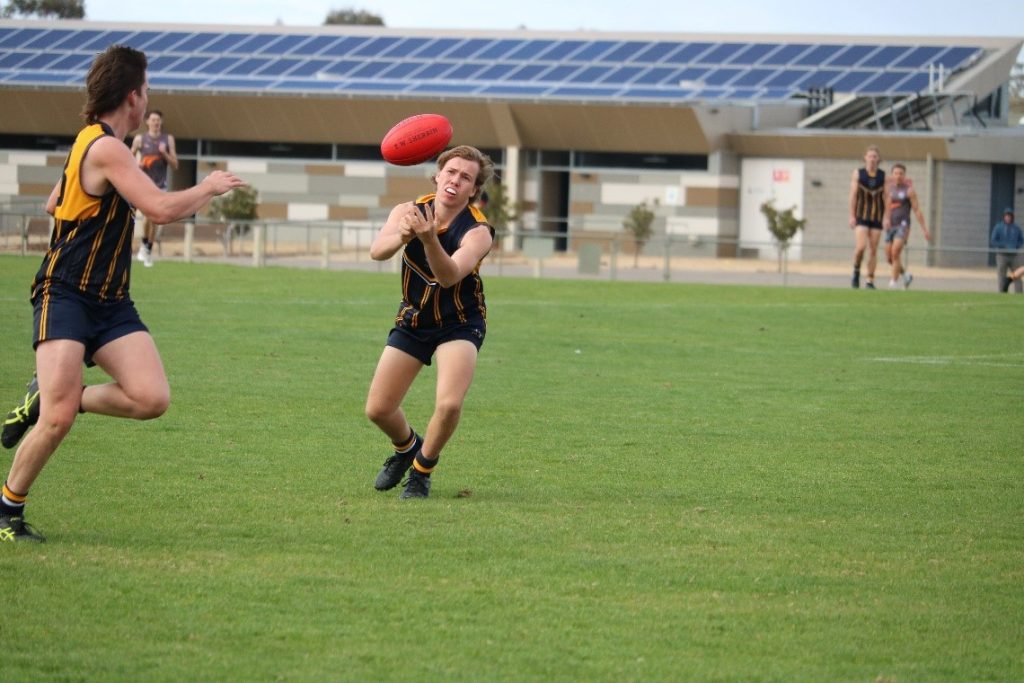 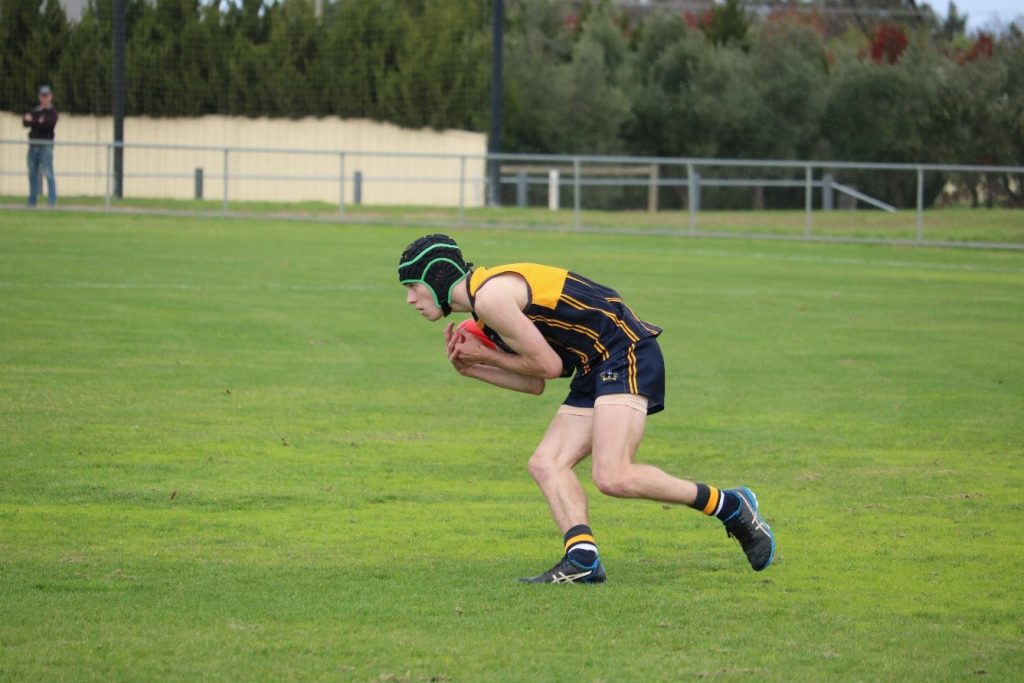 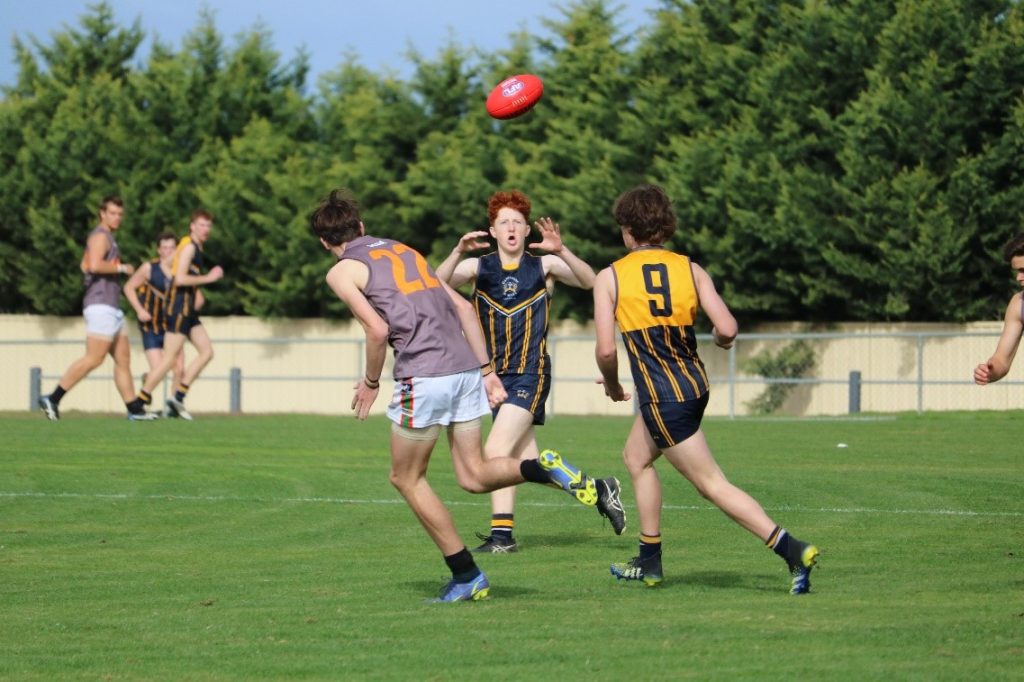 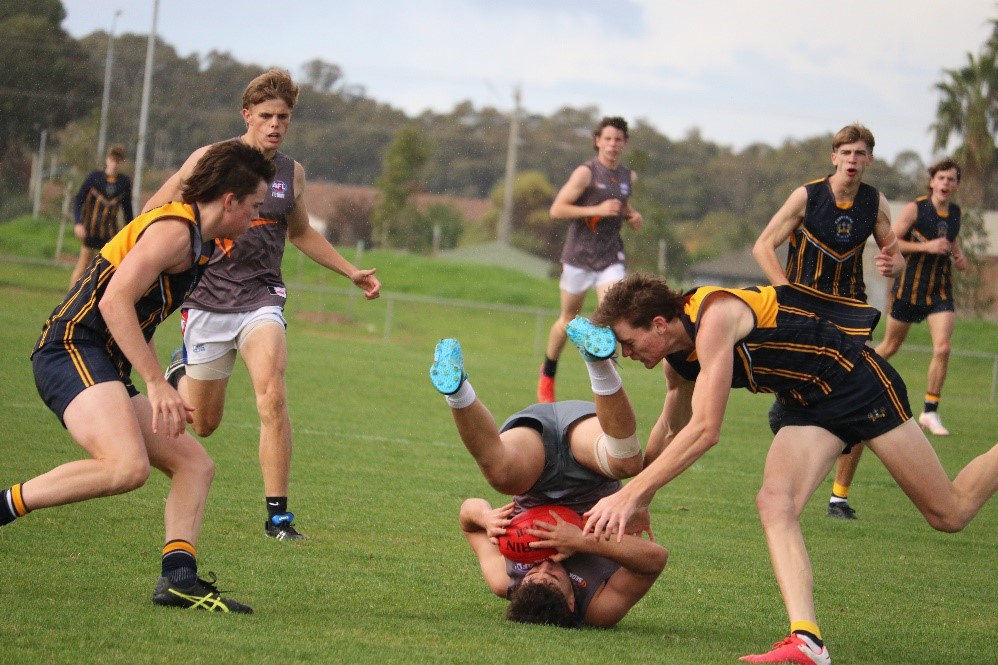