The boys had to win both of their games to progress to the next round. The first game was won comparatively easily, however the second was nail biting with CMC winning by two runs! Good luck in the State Quarter Finals!

On Monday 28 October the Intermediate Boys Cricket Team played in the Loddon Mallee Regional Cricket Finals at Club Court in Strathfieldsaye.  With three teams in the draw the boys had to win both of their games to progress to the next round – the State Quarter Finals.

In Game 1 the boys played Boort Secondary College.  Boort won the toss and sent our boys in to bat.  The boys scored well in the first over, however Ethan Maltby went too hard too soon in the second over and was caught after making just 1 run.  From there the game was dominated by Wil Tuohey (72 no) and James Barri (70 no), as they took full advantage of the bowling taking the score to 1/176 at the end of the 50-minute time period.  The boys then bowled exceptionally well to knock Boort over for just 19 runs.  Harry McKinley finished with 4 wickets, whilst Jai Featherby and Baxter Graham finished with 2 each.

Game 2 against Nathalia Secondary College was a completely different match.  Again, the boys lost the toss and were sent in to bat.  This time the bowling was far more accurate and the fielding was tight.  Ethan Maltby again couldn’t resist with opening up his shoulders too soon and as per Game 1 he was caught out for just 1.  Wil Tuohey (27) and James Barri (22) steadied the ship, but with the constant fall of wickets and some slightly undisciplined shot choices, the team were soon 5 wickets down for 54 with 20 minutes of batting still remaining in the innings.  Jai Featherby (14), Harry McKinley (25no) and Jack Keating (14no) were able to add valuable runs late in the innings to take the score to be a respectable 6/110 after 17 overs.

In reply Nathalia came out swinging and were managing to score runs at a rate of knots.  With the game slipping away Jack Keating was bought on to bowl with immediate success.  He took a wicket with his first ball and his line and length were perfect and the run rate began to slow.  Jack finished with the figures of 3/11 off his 3 overs.  Jai Featherby was the other stand-out bowler who also assisted in slowing the run rate as he finished his 3 overs at 3/8.  The game really tightened up as the wickets fell and Nathalia were starting to feel the pressure. A fantastic run out by James Barri really hurt Nathalia and with them needing 11 runs off the last 2 overs the game was in the balance.  McKinley and Maltby finished off the last 2 overs with tight line and length and were able to restrict Nathalia to scoring just 9 of the 11 runs required to finish off the match, winning by just 2 runs, as Nathalia finished at 7/108.  It was a terrific finish as the boys never gave up hope, even with 6 on the fence with 2 balls to spare!  Congratulations boys on a fabulous win and good luck at the State Quarter Finals to be played on Wednesday 6 November. 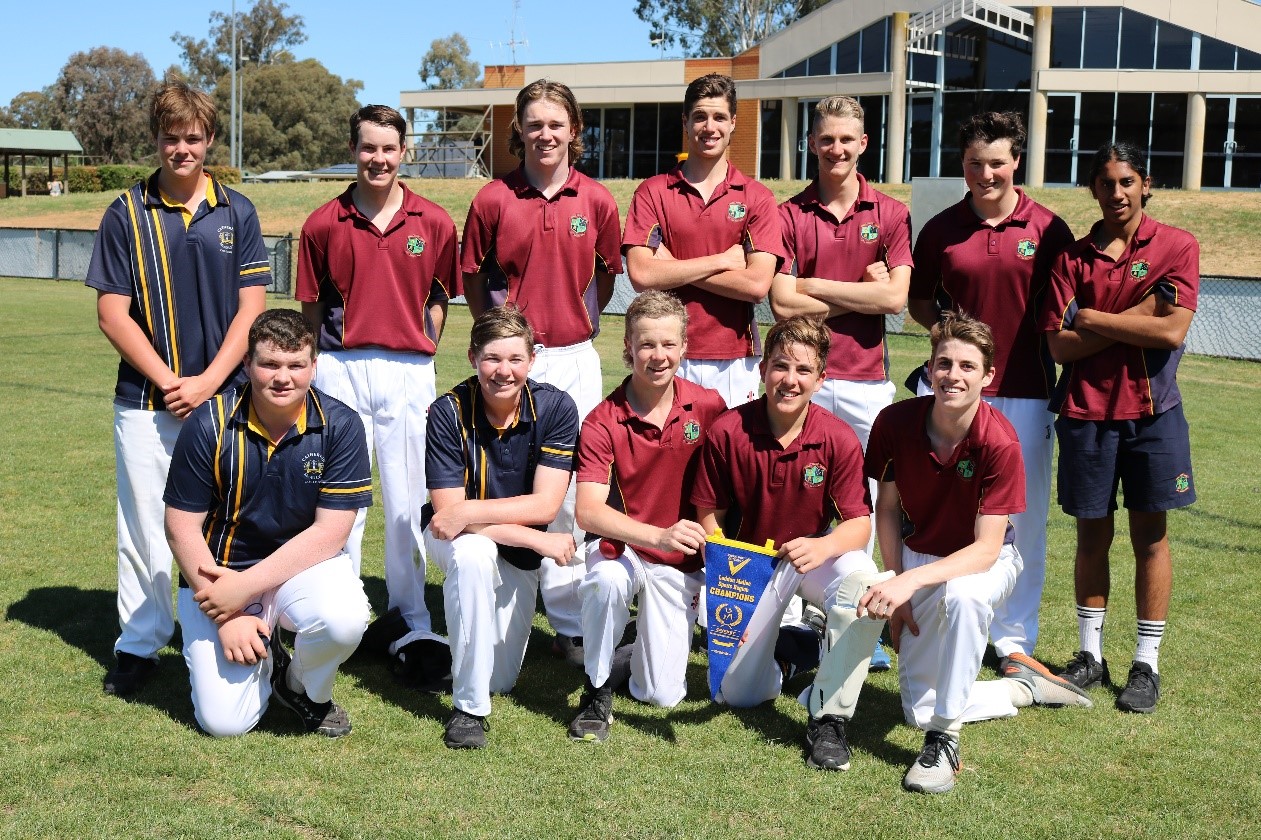