In mid-2018 Layla Day was one of forty individual teenagers from around Australia aged between 14 and 18 to be selected into Swimming Australia’s National Pathways Program/Future Aussie Dolphins Training Squad. The aim of this Swimming Australia (SAL) Pathway program is to raise the level of sophistication by which athletes who possess the attributes to successfully represent Australia at major events are supported.

Out of seven Victorian children selected, Layla was the only one from a regional area. This is an amazing opportunity for the young swimmers to be exposed to what it is like to be an elite level swimmer in Australia; to compete on the world stage and to represent their country.

As a part of the program Layla was invited to attend a six-day high-level training camp at the Australian Institute of Sport in Canberra which she thoroughly enjoyed!

Layla’s busy schedule of competition has included various Victoria championships, Commonwealth Games Trials and Pacific School Games. In April, Layla represented Catherine McAuley College at the School Sport Victoria State Championships in Melbourne. She won four gold and two silver medals. Later that month she was part of squad from Bendigo East Swimming Club who competed in National Championship event at Sydney where she competed in a number of events and won a bronze medal in 100m backstroke. This makes her the first able-bodied individual swimmer in Bendigo East’s history to medal at any National Event and the first person in our District (taking in Ballarat, Echuca Shepparton and all towns in between) to be selected into a National Development Squad.

Congratulations to Layla whose hard work and quiet determination has already brought her so far in her swimming career. 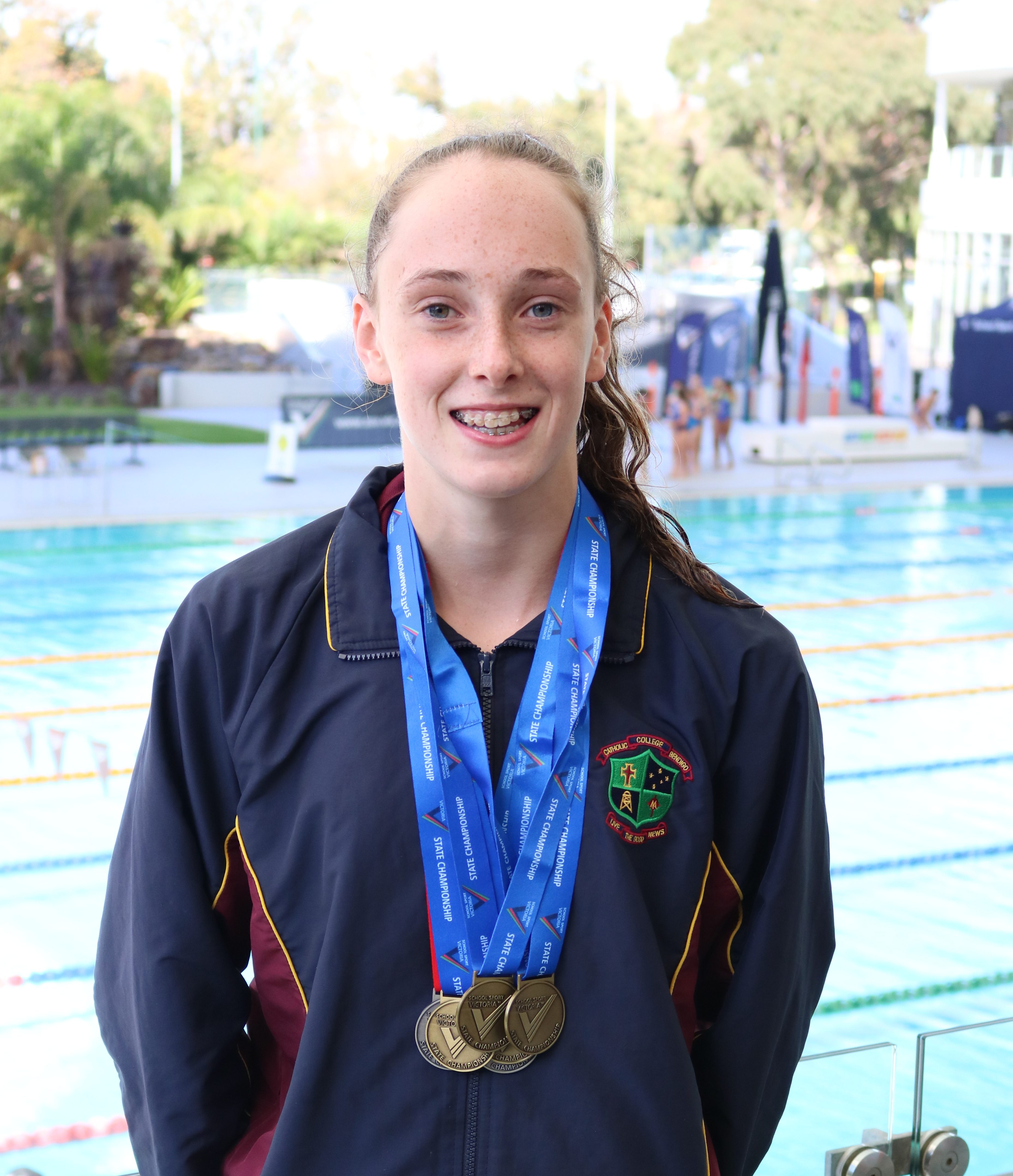