Both teams of Intermediate Girls and Boys enjoyed a great day of soccer recently with many exciting and impressive plays. The girls made it through to the semi finals while the boys qualified for the gold medal pool. Despite some success, neither team will move on to the next round.

Intermediate Girls
The Intermediate Girls team started the day playing Girton in their first Pool match. Being a combined Year 9 and 10 team, this was the first time that the girls had come together – so it was always going to be a challenge to blend well in the beginning. Girton started strongly and it was clear that they were a well-drilled unit. Our girls may have started slowly but as time went on they definitely improved, and in fact took the match right up to their opposition. Girton may have scored 3 goals in the first half but the CMC crew regrouped at the half time break and were a much more settled and competitive unit in the second half. Girton did manage to score once more, however the girls were starting to work well together and had gained in confidence, and their ball movement saw them make a number of attacking moves.

Game 2 was against Weeroona College, and the girls were brilliant. They dominated play for the entire match and were able to score 3 goals through Tomia Damchef, Ella Kirby and Ellie Vlaeminck. This win enabled the girls to finish 2nd in their pool and qualify for the semi-finals.

Their semi-final was against Bendigo South East College, and it was a terrific game. Both teams were well-matched and the CMC girls were playing brilliantly, having several shots on goal in the first half but to no avail. With a couple of changes in the second half, the girls set out to attack, and were winning plenty of the ball. Sadly Ellie Vlaeminck went down in a tackle with a nasty ankle injury and this threw out the balance of the team. BSE then managed to score 2 goals late in the half, but the girls were fantastic and really took it up to very good opposition.

Congratulations to all the girls on a super effort across the day. 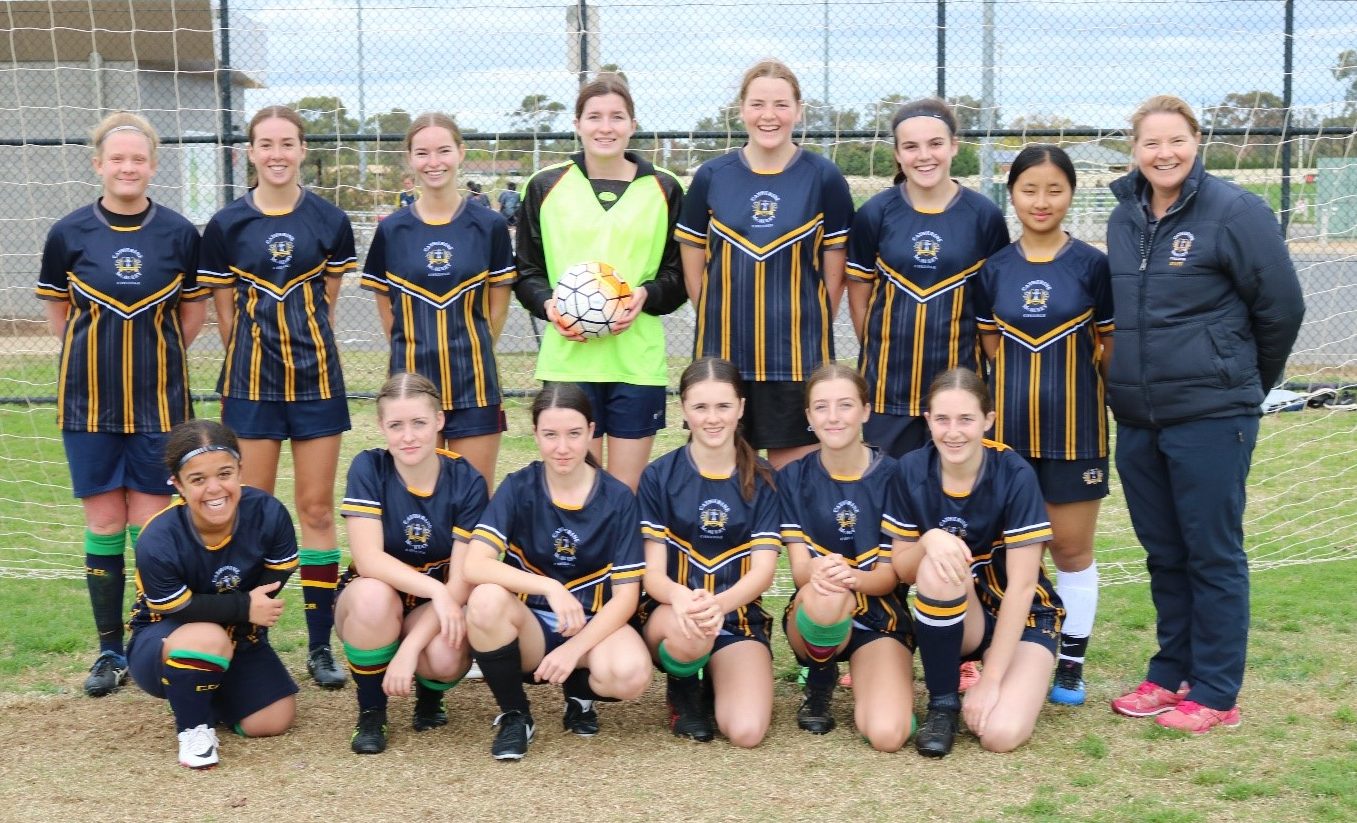 Intermediate Boys
The Intermediate boys had a brilliant day. In Game 1 they played Victory Christian College and dominated the scoreboard, scoring 3 goals to nil. Goal scorers were William Gee, Riley Joss and David Mill. It was a great start to the day.

Game 2 was against a skillful team from Castlemaine Secondary College. This game was tight as both teams attacked and pressed forward at every opportunity. The ball travelled end to end at times as the pressure to score built. It was a brilliant effort by Ma Kor Hser Thay as he cut up the Castlemaine defence to put the ball in the back of the net that broke the deadlock. The one nil result saw the boys finish top of their pool and qualify for the Gold Medal Pool in the Finals.

The round of 3 final structure was the result of a 9-team competition, so whoever finished on top of this pool would take the title. In their first match the boys played Weeroona College. This was another great game by the CMC boys who gained the back of the net 3 times through Ma Kor Hser, Jonah Graham and Riley Joss. This win gave the confidence for their final pool game against Bendigo South East. The BSE vs CMC contest was a great match with both teams having periods of controlling the ball, yet not able to break through. Despite the CMC boys actually looking the better of the two teams, the nil-all score line was their enemy as BSE managed to have the better goal difference of the two teams on the day and as a result, winning the day.

It was hard for the boys to take and they were understandably very disappointed. However, they played some great soccer throughout the day and should be very proud of what they achieved.

Thanks to Mr Graham who coached the boys on the day, and thanks to Thurah Maung who assisted and ran the line. 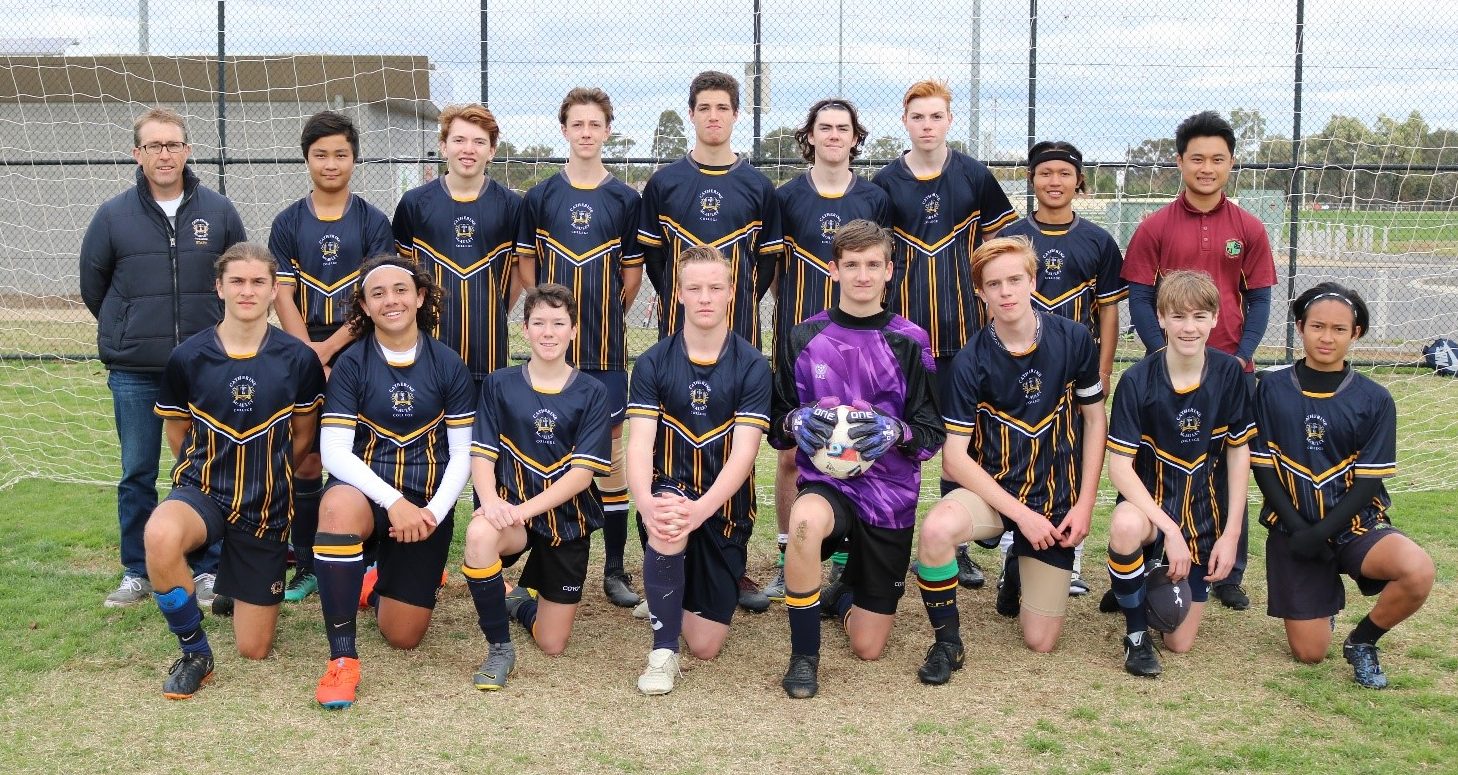