After winning earlier in March, the Intermediate Boys progressed to play in the Sandhurst Division finals on 26 March 2021.

Game 1 vs Victory Christian College
In Game 1, the Catherine McAuley College (CMC) boys took on Victory Christian College. The ground was a little damp from the rain earlier in the week, so winning the toss was important. The boys chose to bat but after a couple of fine shots to start the game, Jasper Cheesman and Wil Pinniger were dismissed with just eight runs on the board. The arrival of Henry Edwards (24) and Tobie Travaglia (29) to the crease saw them bat smart and build a good total on a very slow wicket and outfield. Boundaries were hard to get but the boys persisted and managed to finish the innings together, and with a flurry of big hits. The final score after twelve overs was 2/78.

The boys then put their bowling plan together. Callum Thompson opened the bowling and his speed was a factor as Victory struggled to get runs away. The same could be said for Jacob Floyd – both bowlers troubled the batters as they had Victory at 3/11 off the first four overs. Ollie Hannaford, Louis Banfield, Kyen Burrill-Grinton, Jedd O’Keefe, Archer Day-Wicks and Jack McCullough also rolled their arms over and all took a wicket each. Victory was never any threat as they struggled to find any gaps in the field and finished their innings at 7/33. A forty-five-run win was a great start for CMC.

Game 2 vs Bendigo South East College
A victory in the second game, which was against BSE, would see the boys win the Sandhurst Division Competition. Again, the boys batted first. Although the ground had dried a bit since the first game, the outfield was still very slow, and the boys knew that running well between the wickets in this match was essential. Cheesman batted solidly, however he did not have company for long. Will Pinniger went early for just two runs and then on the very next ball, Jedd O’Keefe was bowled by a sideways moving ball for a duck. Ollie Hannaford offered some resistance making seven, but he also contributed by running well between the wickets with Jasper Cheesman to put pressure on the BSE fielders. Cheesman was eventually run out for a terrific thirty-one, and a handy twelve to Archer Day-Wicks saw the boys make a credible 5/69 off their twelve overs.

In the field, the boys started well with Burrill-Grinton getting a wicket in the first over. Tobie Travaglia backed him up bowling with some lively pace and getting the key wicket of Reaper for eleven. Add in the contributions of Edwards with two wickets, plus Floyd, Cheesman and Hannaford all bowling great line and length, BSE struggled to keep up with the required run rate. The steady fall of wickets was the key for the CMC team as they continued to bowl and field well and restricted BSE to 9/51 off their twelve overs. This gave the CMC boys a seventeen-run victory, and the title of Sandhurst Champions.

Congratulations boys on a terrific result and good luck at the Loddon Mallee Regional competition in late October.

Thanks also to Mr Winter-Irving for coaching the team. 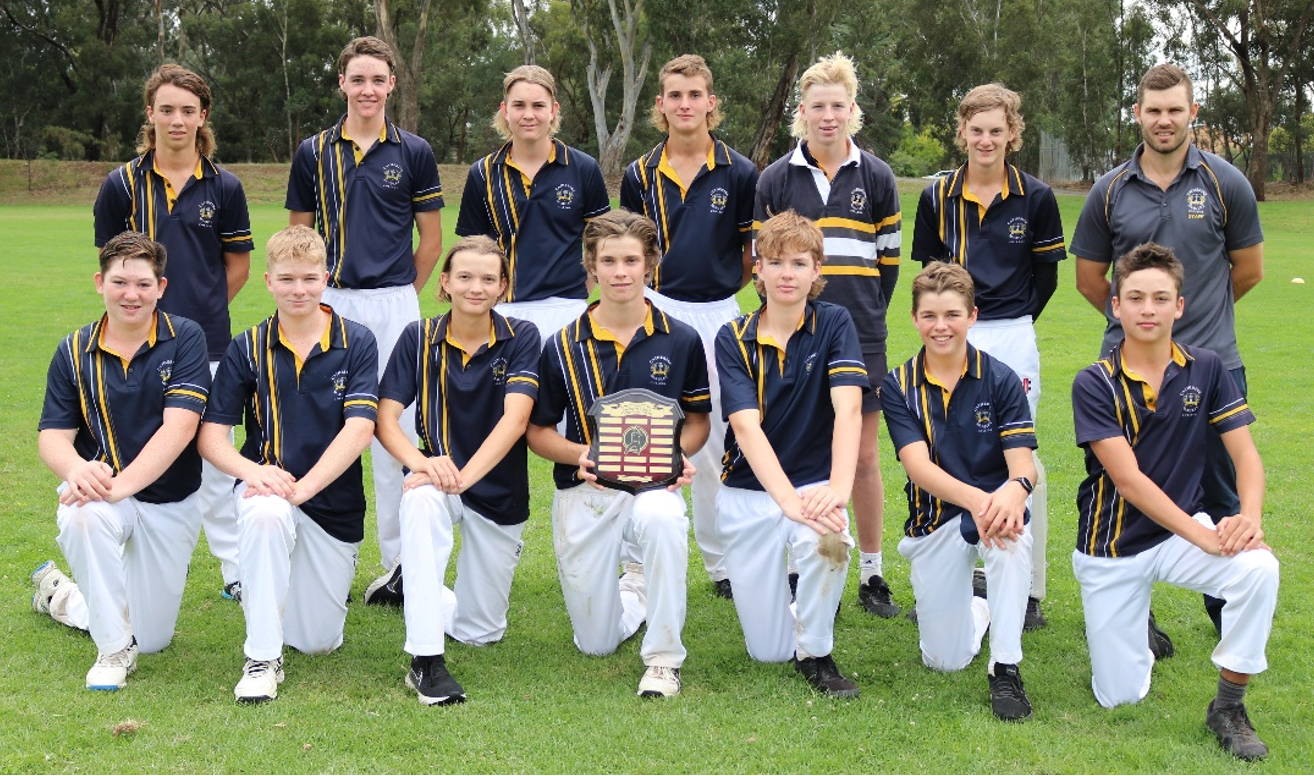 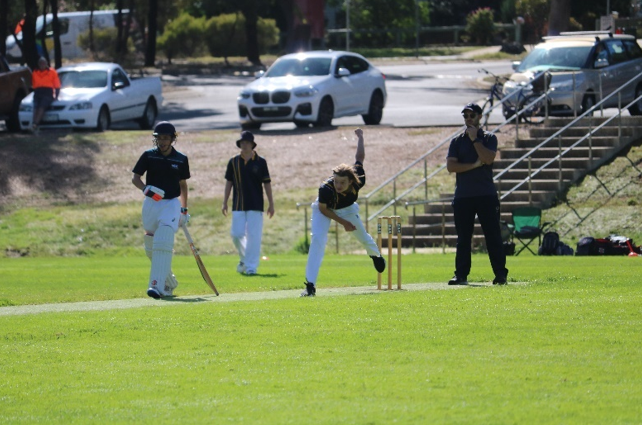 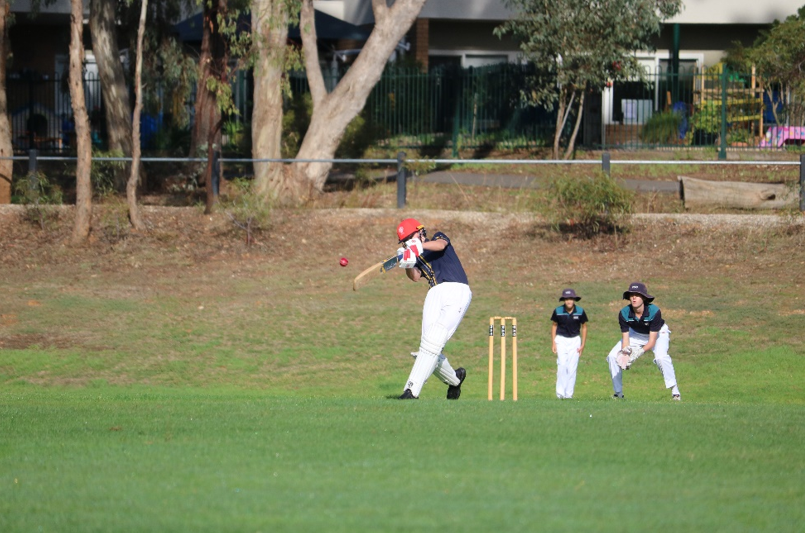 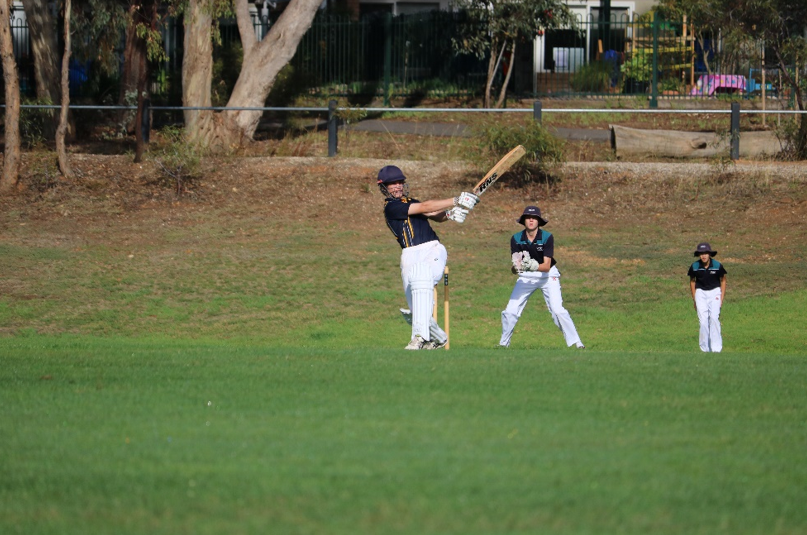 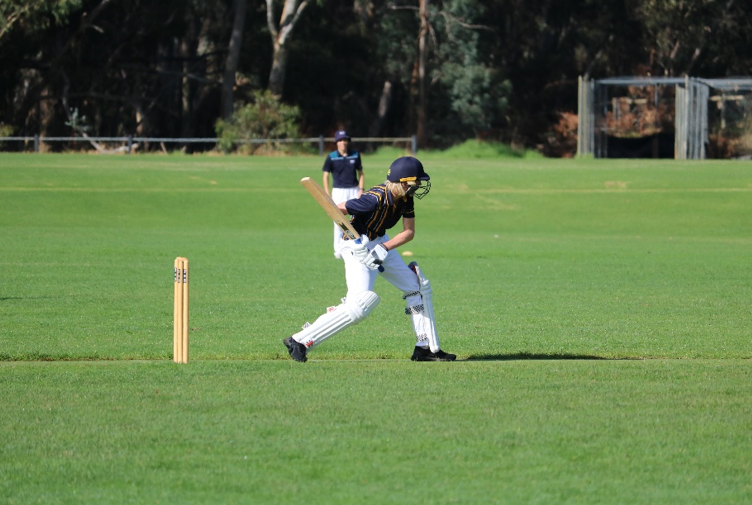 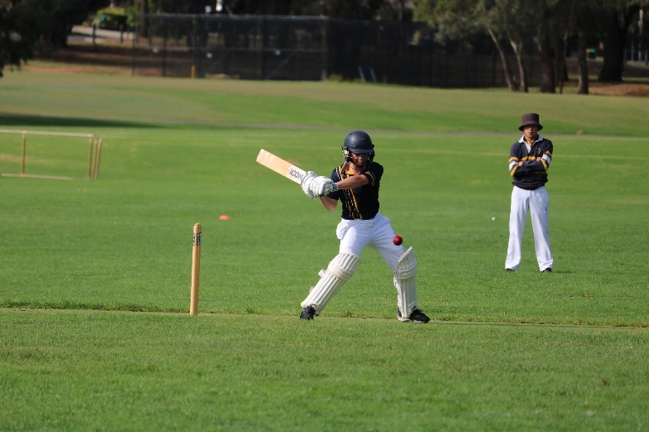 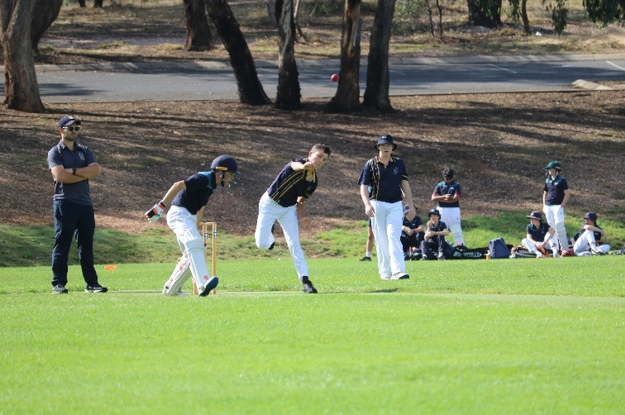