On a stunning June day, it was time for the Catherine McAuley College boys to take on their cross-town rivals in Bendigo Senior Secondary College in their Round 3 Premier League match.  With both teams securing two wins in their first two rounds, this match was significant as top spot and a home semi-final was on the line; it was simply a case of “winner takes all”.

Right from the first bounce the boys attacked – they were first to the ball and their endeavour was terrific.  Unfortunately, the first two shots were off target as Senior started to settle and win a bit more of the ball in contests.  However, the CMC boys’ intense tackling pressure was creating many turnovers and giving them the run of play; from this pressure the scoreboard pressure started to become a factor.  Our boys kicked the first three goals and kept Senior to just two points for the quarter, going into the quarter-time break with an 18-point lead.

The second quarter saw the boys kick two more goals, but Senior started to lift their work rate and also kicked two – it was a quarter of consolidation with our boys able to dominate periods of play and add to their quarter time lead – if only by a little bit.  At the half it was CMC 5-5-35 to BSSC 2-4-16.

The last two quarters were an absolute slugfest.  The third started with Sean O’Farrell kicking two goals within a 5-minute period and CMC was in the ascendancy; but Senior hit back. The scores remained even for the most part, with Senior kicking a further one goal one in the final term to CMC’s solitary point. In the end the boys held steady and finished with a 15-point hard-fought win.

Congratulations to everyone – it was a fantastic win and a home semi-final now awaits on the 20 June, hopefully at the QEO again. 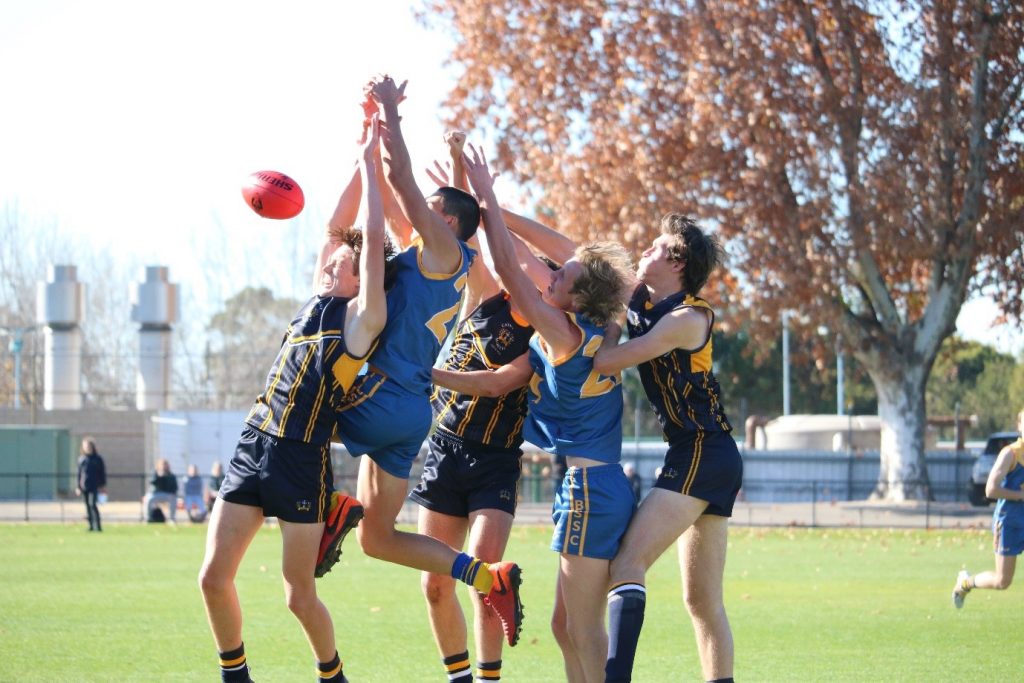 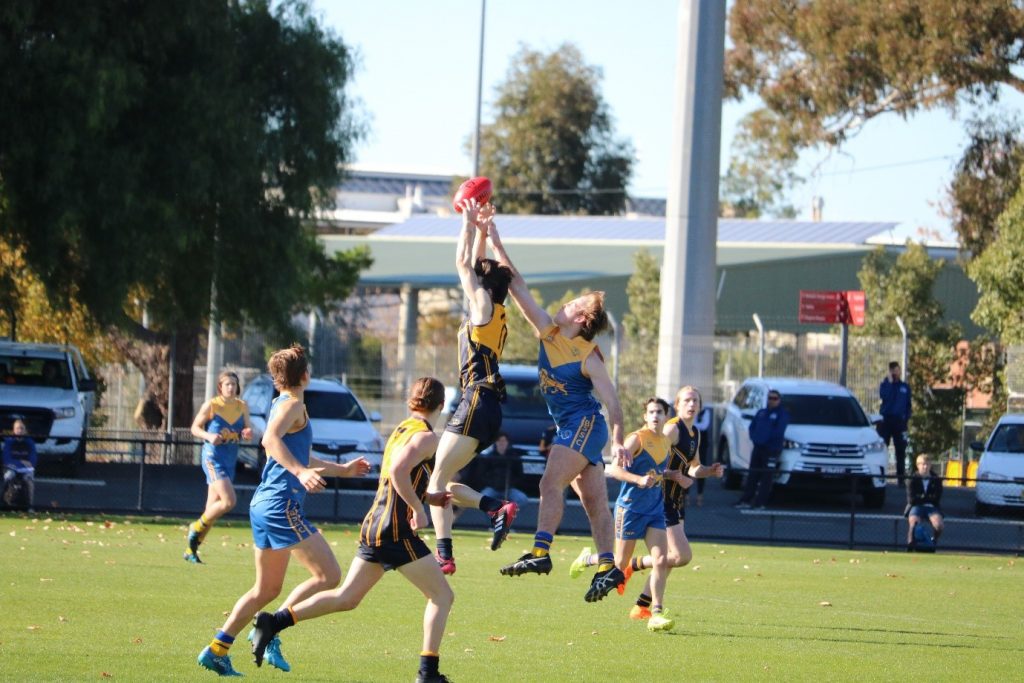 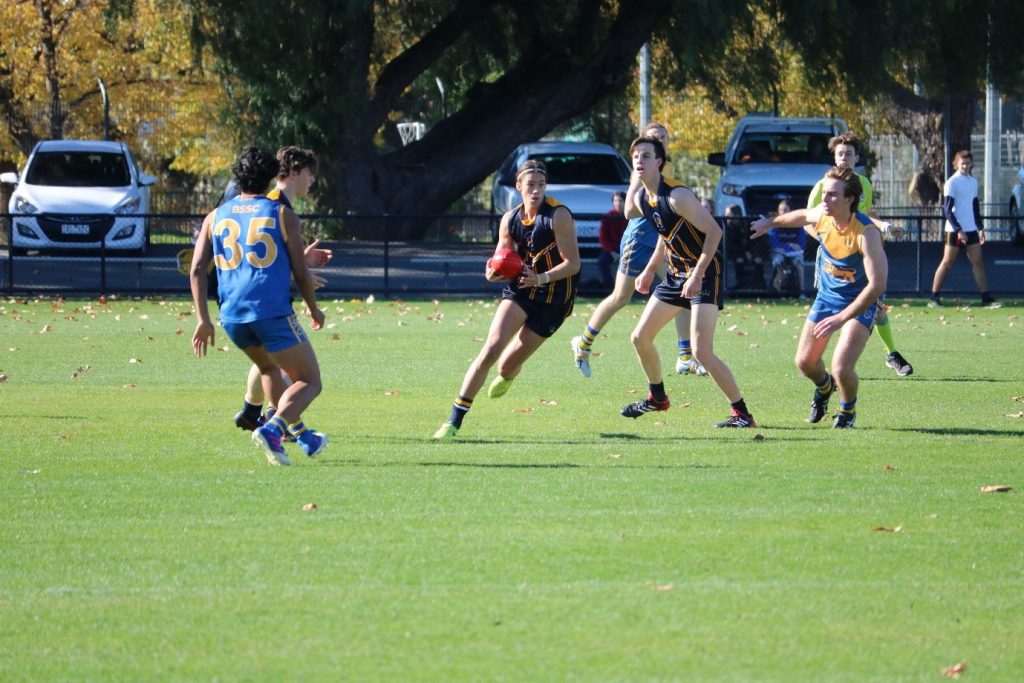 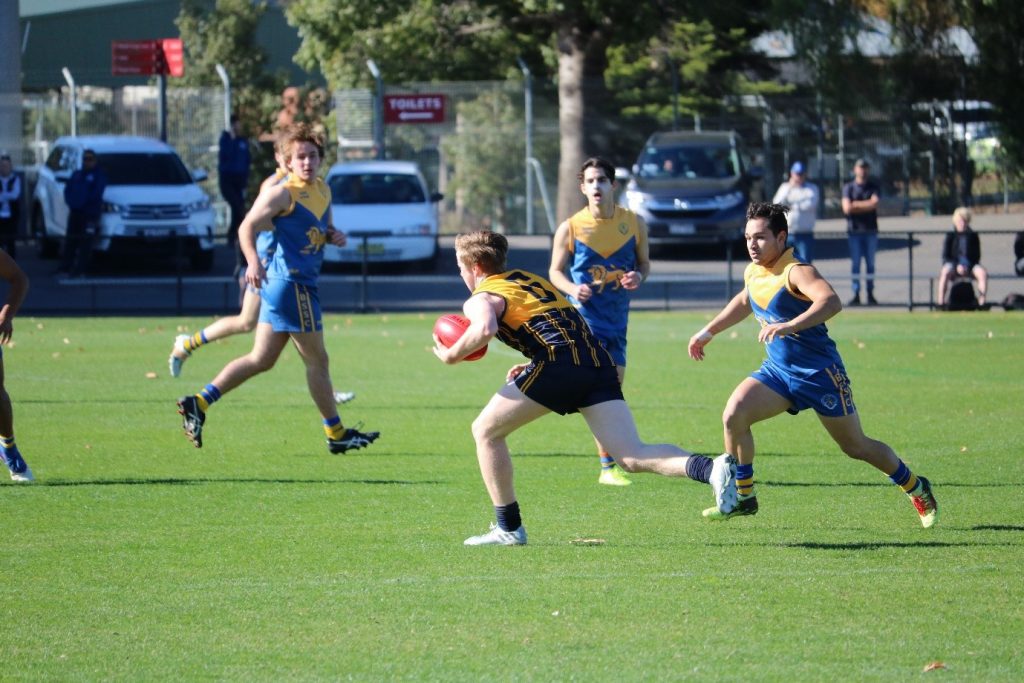 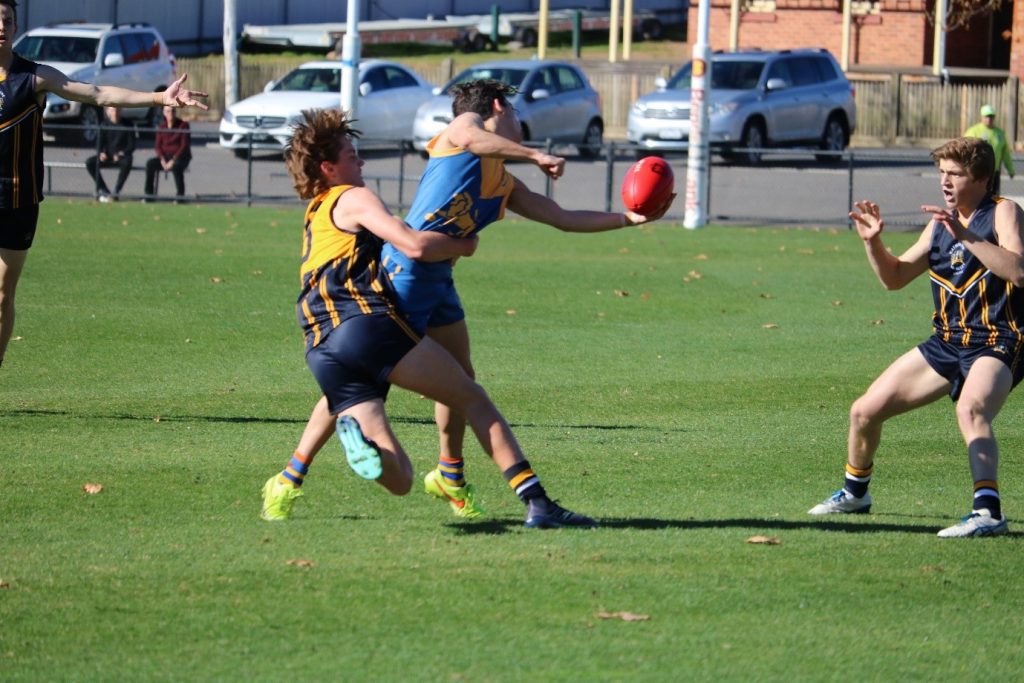 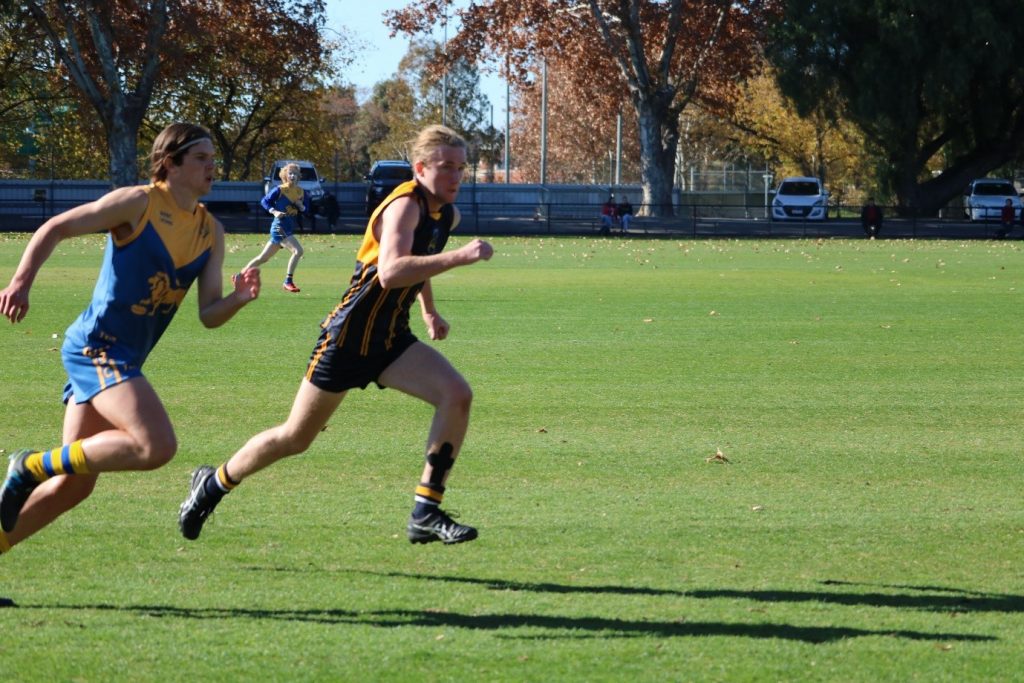