On Friday 17 August, fourteen Mercy Colleges from across the state gathered at Notre Dame College in Shepparton to compete in the 2018 Ursula Frayne Speech Festival. Students teamed once again to showcase their collaborative and creative skills in the categories of debating, voice choir and public speaking.

Catherine McAuley College students Holly Painter, Darcy Banks, Charlotte Brooks, Sam Angove and Zoe Murphy worked independently to craft speeches between six to eight minutes in length. They addressed a range of topics, both complex and controversial in nature. Students researched, planned and developed arguments in response to topics such as ‘Standarised testing is bad for schools’ and ‘That Australia should adopt solar-powered renewable energies by 2050’.

Holly Painter and Darcy Banks also explored ideas such as ‘Manners matter’, ‘Food for thought’, ‘It’s a king of magic’, ‘Laughter is the best medicine’, ‘Tell ‘em they’re dreaming’ and ‘Be alert but not alarmed’, culminating in 8-minute individual performances.

Congratulations to all students for their continued example and pursuit of excellence in their learning journey. 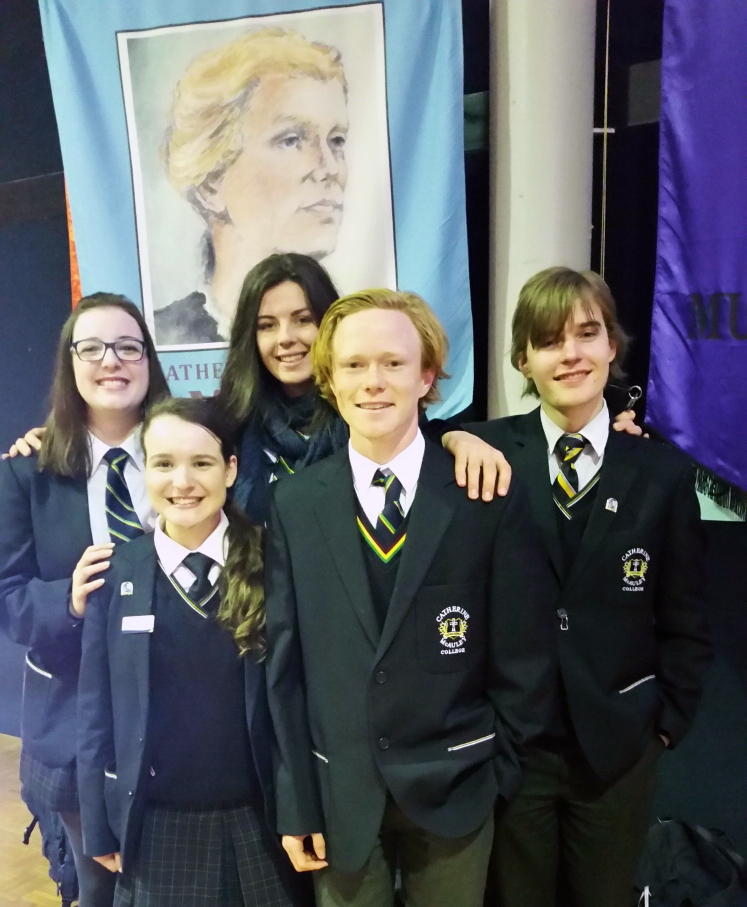