On Tuesday 16 July, we competed in the Sandhurst Division Year 7/8 Girls Football Competition at Marist College in Maiden Gully. In our pool we defeated Crusoe College 14-9-93 to 1-0-6 and Marist College 8-3-51 to 0-0-0, ending up on the top of our pool. We played both of these games with terrific sportsmanship and positivity. This meant we had made the Grand Final, which was a great experience for all of us! In the Grand Final, we played Bendigo South East (BSE) and despite taking the lead in the last quarter, we unfortunately were beaten 2-7-19 to 2-0-12 in what was a very defensive and physical match. It was an upsetting loss, but we were still proud of our efforts.

Led by Arkie Donnelly as team captain, the girls represented the College with amazing humility and displays of sportsmanship throughout the day. Their leadership, teamwork and willingness to help each other on and off the field was a credit to them. You were an honour to coach girls! A special thanks to Chloe and Nikita for helping with the ‘coaching board’ and to Harvey Gallagher MY4, Fletcher White MK4 and Lincoln White VT1 for your great efforts in umpiring, carrying water and sending messages on the field.

The girls then played in the Grand Final against BSE. It was a tough match and the girls played really well, but couldn’t match BSE on the day. The final scores were CMC 0-2-2 to BSE 3-2-20.

Congratulations to the girls on a great day. Thanks to Reardon McIvor, Riley McNamara, Tom Bennett and Jack Stewart who umpired and assisted the team on the day. 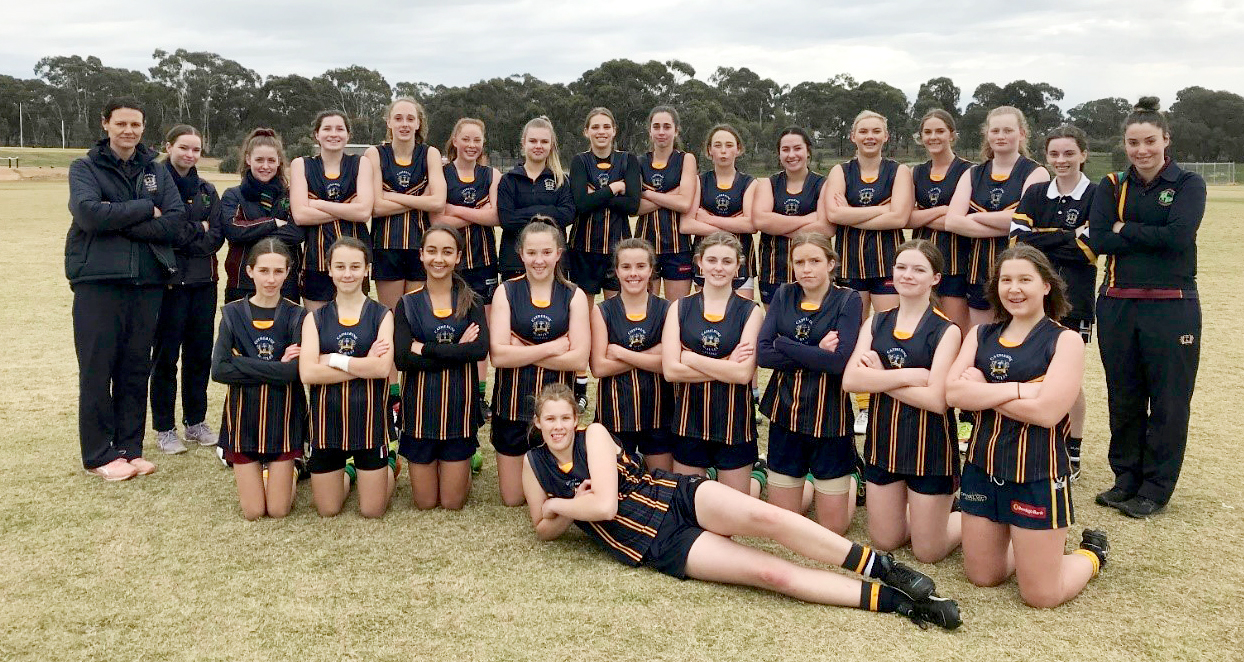