Year 12 students began the day enjoying an outdoor breakfast in glorious weather. There were lots of warm greetings and thanks shared between staff and our graduating class on their final day at school.

The whole college assembly began our rituals of farewelling our Year 12 students in a positive and dignified way, celebrating their achievements and the end of their six-year journey at Catholic College Bendigo.

Using quotations from Anne Frank and rapper Drake, our College Captains and Faith Captains thanked students, staff and their parents. They encouraged each other to “go hard in the future, but remember the good times of the past six years”.

We very much appreciated past student Chloe Watson returning to share her story about life as a professional athlete.

The House Cup is always keenly contested. This year it was again won by Champagnat House, holding off strong challenges from MacKillop and Backhaus.

There was a handover of our leadership banners and symbols from the current Year 12s to the 2018 College Captains, Faith Captain and House Captains.

A nostalgic moment of the assembly was when Year 12 singer Katie McMillan enchanted the crowd with Tale as Old as Time, a reprise from their school production of Beauty and the Beast three years ago.

Another performing highlight was the entire Class of ’17 getting up to dance to Unwritten by Natasha Bedingfield, with many individuals soloing to an enthusiastic response.

At the end of the assembly, the Year 12s walked out to How far we’ve come by Matchbox Twenty. The Year 12 Class of 2017 – the final graduates of Catholic College Bendigo – spontaneously paraded our CCB banner for the last time as they departed through the entire College community –  over 1700 people.

Following the VCE examinations, students will return for Graduation Mass on Wednesday 22 November in the Sacred Heart Cathedral, and celebrate afterwards at the All Seasons Resort with their parents. 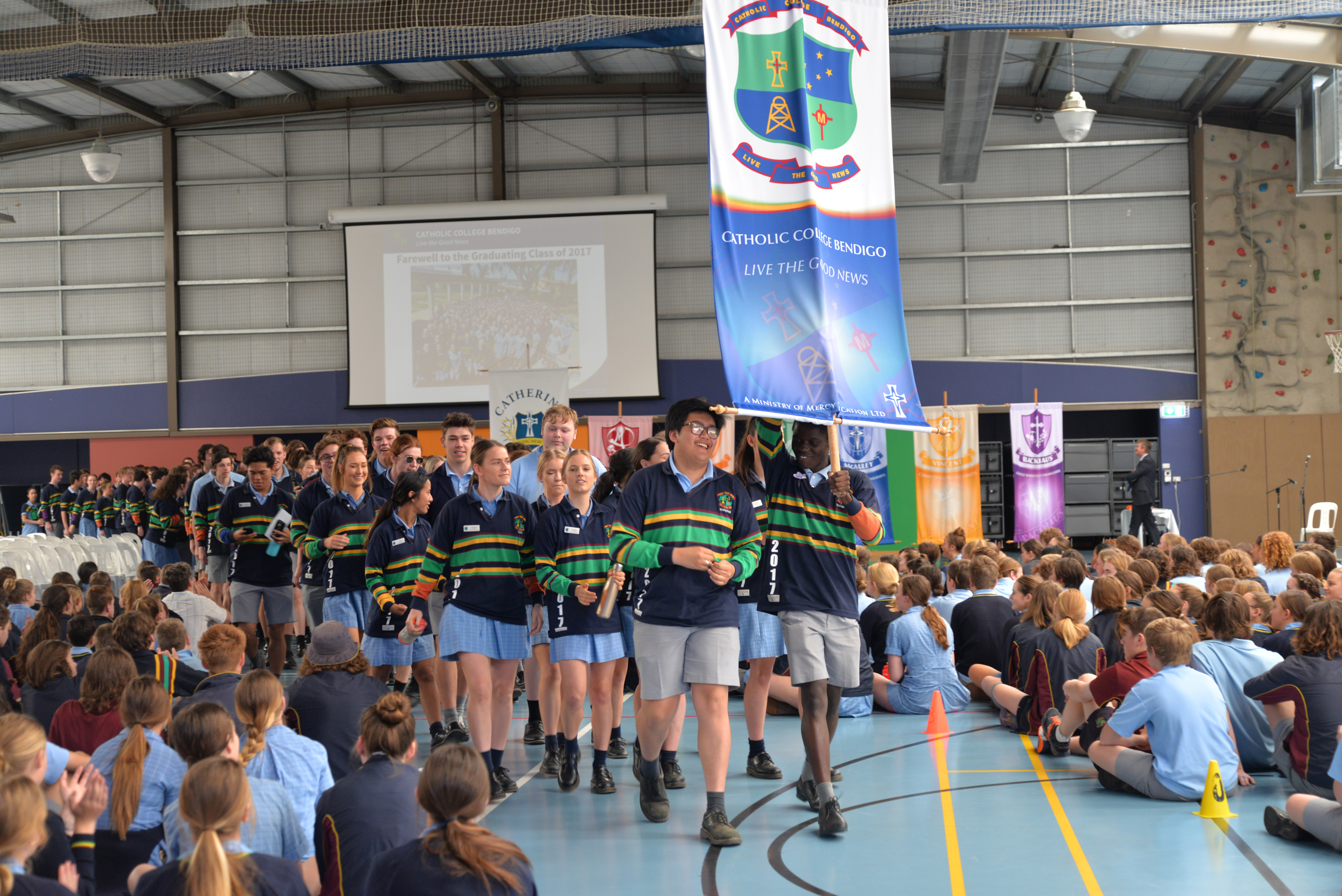