The Ordination of Most Reverend Shane Mackinlay was a beautiful celebration at the Sacred Heart Cathedral. Many bishops from around Australia, clergy, family and guests from both within the Sandhurst Diocese and beyond joined the celebration.

We thank and acknowledge members of our community for their involvement in the day. Charlotte Turner (School Captain) and Year 9 leaders Lily Giles and Tim McNaughton Perry attended the Mass. Students from St Mary’s assisted with afternoon tea and students and members of staff were involved in the Cathedral choir.

We look forward to Most Reverend Shane Mackinlay visiting our community in the future.

The Mass Booklet and Episcopal Ordination Film are available on the Diocese of Sandhurst website: https://www.sandhurst.catholic.org.au

Shane Mackinlay was born in Melbourne in 1965 and attended the local government school until his family moved to Ballarat in 1975. In Ballarat, he was a student at St Francis Xavier Primary School and St Patrick’s College, where he was dux in 1982. He has two siblings and is the uncle of five nieces and nephews.

He studied for the priesthood at Corpus Christi College, Clayton, completing theology studies at Catholic Theological College and a degree in physics at Monash  University.  As a deacon, he served in the parish of Warrnambool,  before being ordained as priest for   the Ballarat Diocese in 1991, and serving in the parishes of Hamilton, Colac and Ballarat Cathedral. He then undertook graduate studies in philosophy at the Catholic University of Leuven, Belgium, where he completed a Master’s degree and a Doctorate. His doctoral thesis was published by Fordham University Press.

For several years, he taught philosophy at Australian Catholic University,  Ballarat. Most  of his teaching has taken place at Catholic Theological College, Melbourne, where he was appointed Master in 2011. The following year he was appointed Associate Professor by the University of Divinity.

From 2012 to 2014, he was the spokesperson for the Catholic Church during the Victorian Parliamentary Inquiry into the Handling of Child Abuse by Religious and other Non- Government Organisations. He was secretary to the Bishop of Ballarat from 1998 to 2001, and has been the chairperson of the Bishop’s Advisory Council of the Ballarat diocese since it was established in 2009. He has been a member of the College of Consultors of the Ballarat diocese on two occasions and also served six years as Chairman of the two funds that provide support to the active and retired priests of the Ballarat diocese.

Pope Francis appointed Father Mackinlay as the eighth Bishop of Sandhurst on 23 July 2019. 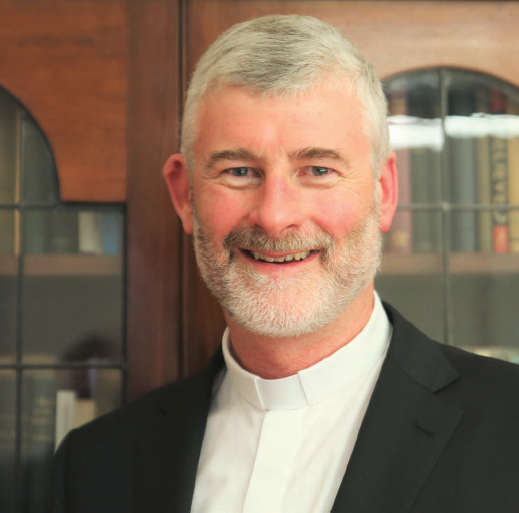