Congratulations to our Year 8 Girls Netball team who in September were named double state champions!

On Monday September 4, the team played seven matches in their pool round, defeating every one of their opposition. Then, in the semi-final, they came up against Rowville, winning nine goals to six. This win qualified them for the Grand Final against MacKillop College Werribee, where they controlled play, shut down MacKillop’s cohesion and ability to work the ball down court, and made the most of every one of their opportunities. An eleven goal to four victory resulted, with every player on the team doing their job.

Being victors in this championship won the team a place in the School Sport Victoria Year 8 Girls Netball State Finals on Monday 11 September, where they again came away top of the table.

The girls defeated Viewbank, Maribyrnong and Emmanuel to qualify for the finals, before beating Mt Erin in the Semi Final, and then again raining supreme over Maribyrnong in the Grand Final. This last game was a classic encounter, where our girls simply outclassed their opposition with amazing team play.

Congratulations to our Year 8 Girls – the best junior girls netball team in the state! 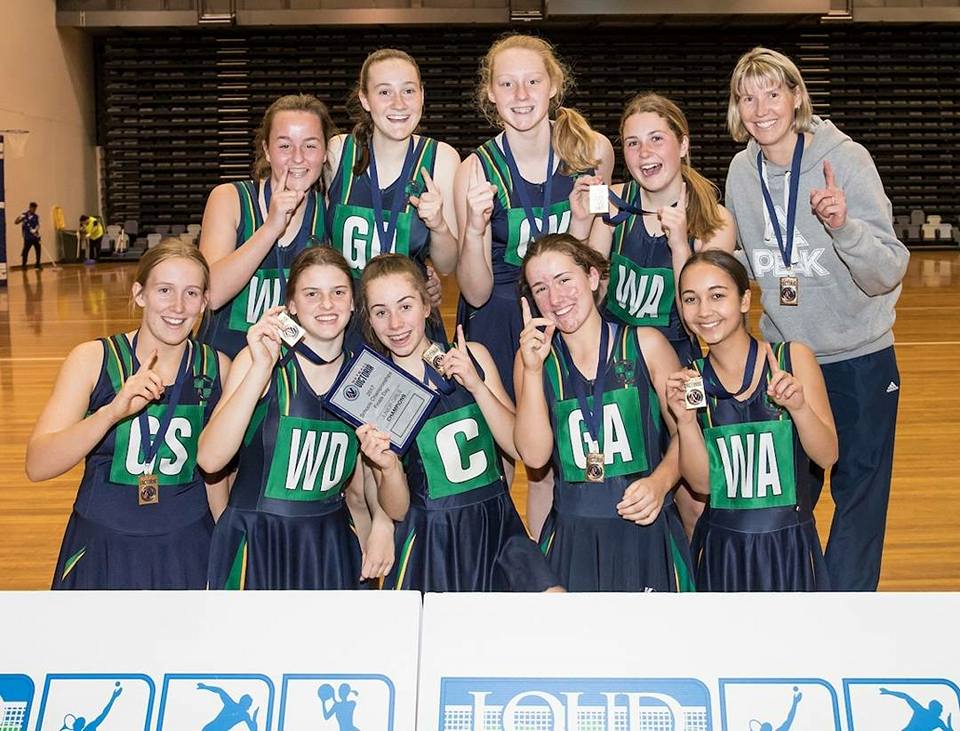