Diving Success at all levels for Kiara

2019 has been a year of great diving achievements for Year 7 student Kiara Field. Earlier in the year, Kiara represented CMC at the Sandhurst Division Diving Competition. In this competition, she performed 4 dives from the 3-metre Springboard (her favourite springboard) including a Forward 1 ½ Somersault, Reverse Dive, Inward 1 ½ Somersault and Forward 2 ½ Somersault. Kiara was the overall winner of the 12-14 Girls Competition with a score of 191 points, which gave her the opportunity to attend the Victorian Team Trials.

Performing exceptionally well at Victorian Team Trials, Kiara was rewarded with selection on to the Victorian team for Platform and Springboard.

In the Australian School Sports Diving Championship in Melbourne last month, Kiara competed at a very-high standard in a Knockout Event achieving a silver medal. In a Synchronised Diving Event, Kiara and her partner received the bronze medal and in the 3-metre Springboard Competition she earned another bronze medal, with a score of 179 points. In the 5-metre Platform Event, she came 5th overall, which was an excellent achievement given she was competing against elite divers who had previously trialled for the Commonwealth Games.

Kiara was over the moon with her results and windfall of medals, given she did not expect to medal in any events.

Overall, it appears that Kiara has a bright future in the sport of diving and we look forward to following her on this journey and celebrating more wonderful achievements in the future. 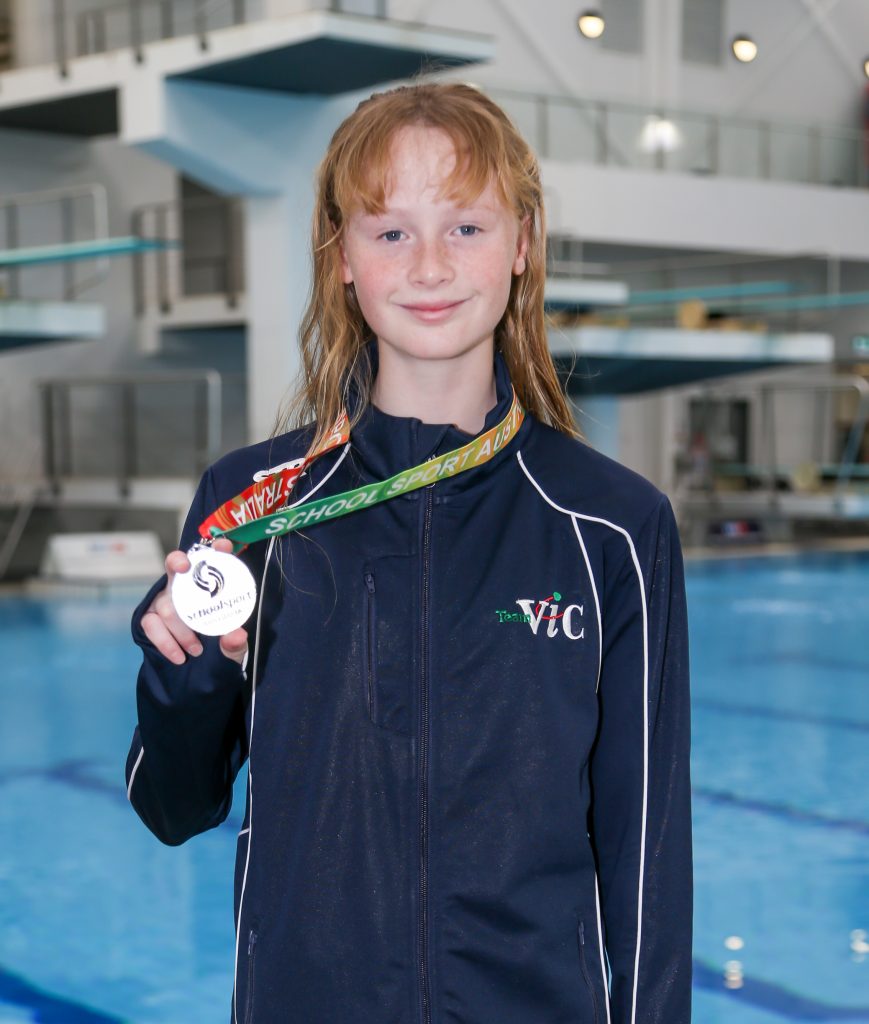 Kiara with her silver medal 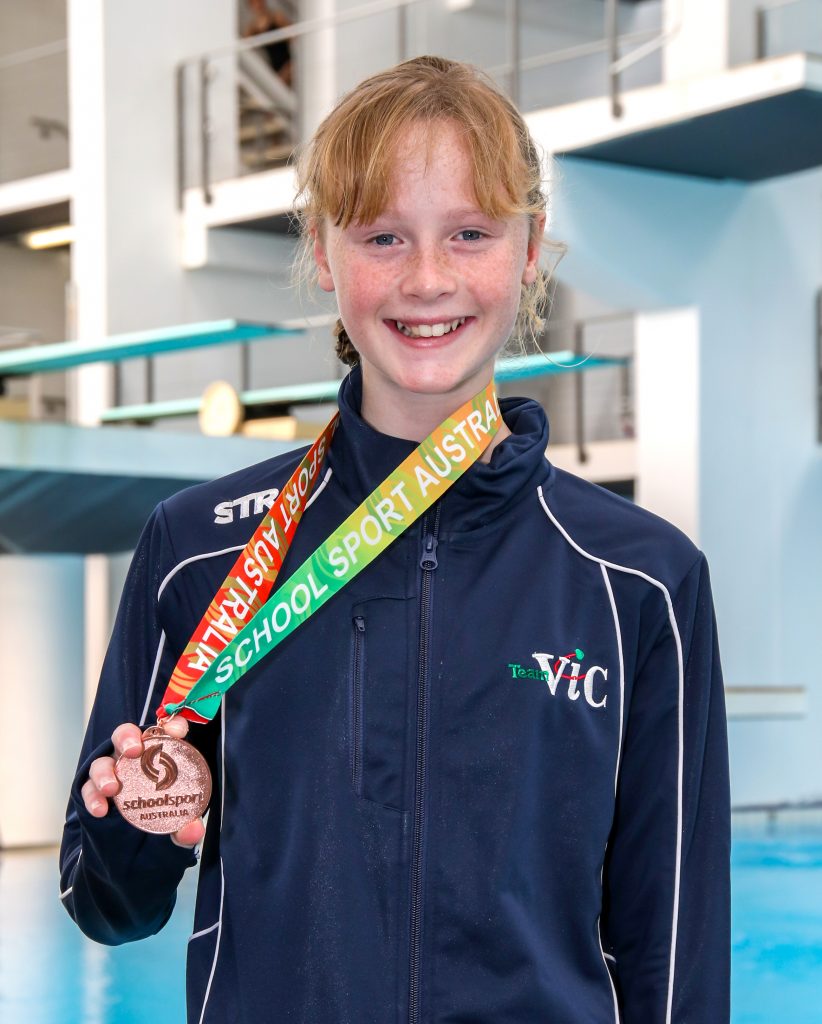 Kiara with her bronze medal 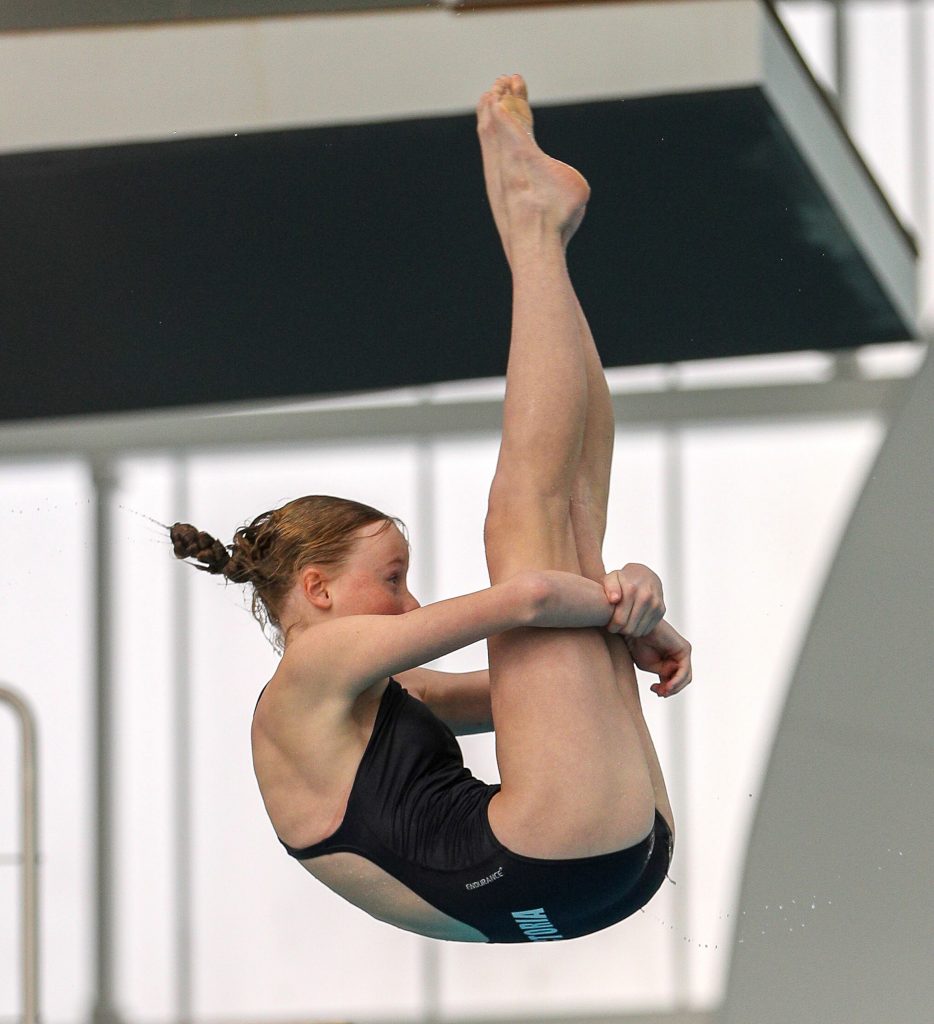