Friday 21 September was the culmination of months of partnership work between the VCAL Senior Services students and Bendigo Scope with the Balloon Football Grand Final at the Bendigo Stadium.

Despite being a pupil-free day at school, all the students were in attendance. The students made banners, team posters and sponsor decorations to put around the court. The Bulldogs and the Kangaroos were ready.

Vaughan Gray did the Welcome to the Country and all the students led the participants and spectators through the national anthem.

It was a tight and nail-biting game, and by half-time the scores were even. But the Bulldogs were determined and became the 2018 Premiership Team. Lisa Chesters handed out the winners’ and runners up’ medals and the Jock Aingers’ player of the match award.

The game had over 100 spectators, including past students, Jess Bates and Charlotte Downing and some of our Leadership team – Mr Ben Fitzpatrick and Mr Matt Smith.

Lunch was held at the bistro after the game, followed by the presentations. Most of the students were ushers while Vaughan was Master of Ceremonies assisted by Jonty Jackman. The students presented the players with awards (that the students nominated). Harrison Fiske Kealy and Whitney Nunn read out the Best and Fairest tally, which was won by Jye Yates and runner up was Michelle Smilie.

The CMC students were commended and congratulated by the Scope Bendigo administration and by the players. They demonstrated great commitment to the program and served the clients and the school with respect and dignity.

A highlight of the Year 12 Final Assembly was special guests from Scope who made a presentation to our senior VCAL students, showing the high level of mutual appreciation and warmth that has developed through running the Balloon Football League. 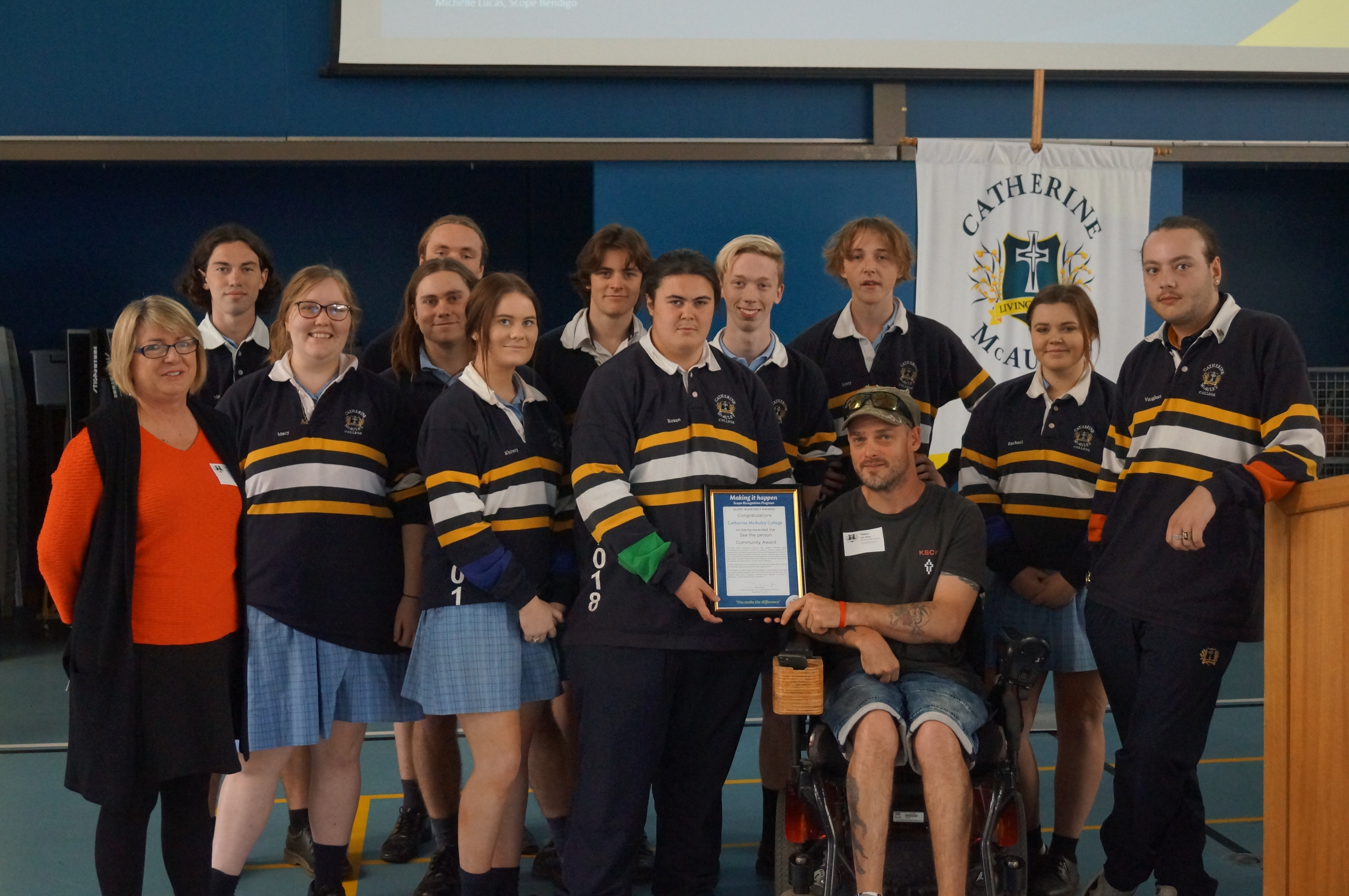