A thriller in the Premier League

ROUND 2 VS ESSENDON KEILOR SECONDARY COLLEGE

On Wednesday 23 May our Premier League Football Team headed to Highgate Recreation Reserve to take on the powerful team from Essendon Keilor Secondary College (EKSC).  It was going to be a very tough day at the office, however the boys were determined to keep their winning streak going.

With coach Coghlan omitted due to illness, he was replaced by the more than capable ‘coach of the year’ in Mr Matthew Smith.  A light rain made conditions slippery so the game plan needed to be well executed for us to be in with a chance.

From the first bounce it was evident that EKSC were going to be physical at every contest. The play see-sawed for most of the first quarter from end to end, we were first on the board with a point, however it was Essendon who kicked the first two goals of the game to lead at the first break by twelve points.

The second quarter was not much better with EKSC peppering the goals early on, but fortunately were mostly off target, adding two goals and five points. The resilience of our group shone through as we steadied to kick two goals in the quarter (Wallace and Perez) enabling us to stay in the game. By the half we were down by seventeen points and it was going to take a monumental effort from to win.

The third quarter, saw our boys turn the game on its head.  The half-time chat obviously had great effect and the boys were brilliant.  They dominated play, their run-and-carry style kicked in and their ability to find time and space was the difference between the two teams.  Their defensive pressure was unrelenting, causing turnovers and creating scoring opportunities.  It was a five goals to two quarter and by the time the siren went the boys were up by a point.

The last quarter was set to be epic.  Essendon now had the wind advantage so our boys needed to be good at both ends of the ground to ensure a victory.  It was not a great start however, with Essendon kicking a goal within the first thirty seconds followed by another just two minutes later to establish an 11-point lead.  Step up the littlest payer on the field – Mitchell Rovers.  With the ball sliding all over the place in our forward pocket, his ability to tap the ball along the ground and shimmy, shimmy around two EKSC players was brilliant. This passage of play resulted in a goal from the big Connor Sexton and was just what the team needed.  A win was now a possibility and the boys ramped it up another level.  Noah Walsh, in his debut game, showed poise under pressure as he cleared from the centre to see William Wallace kick his third goal and bring the boys level with EKSC and still five minutes to play.  A centering kick from Wallace saw Pete Coghlan take an uncontested mark about 35 metres out on a slight angle.  He took his time and threaded the ball through the middle and the boys now had a 6-point lead.  A point to EKSC bought the margin back to five and the ball stayed deep in their forward half for a couple of minutes. Our back line was brilliant – they worked overtime and eventually cleared the ball out to the wing where Walsh took clear possession and gained us another 50 metres to our forward flank to have us out danger for the last thrilling thirty seconds.  A very well-deserved and legendary 5-point win resulted. Congratulations boys.

Thanks to Mr Smith for coaching and Mr Shane McConvill for all his work as Team Manager. 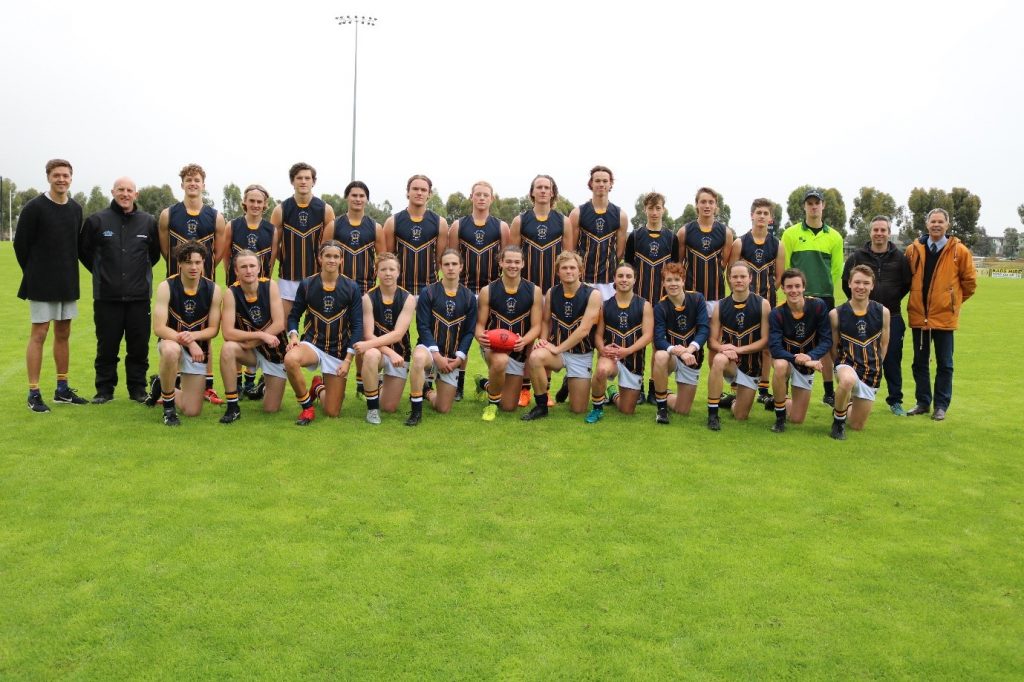 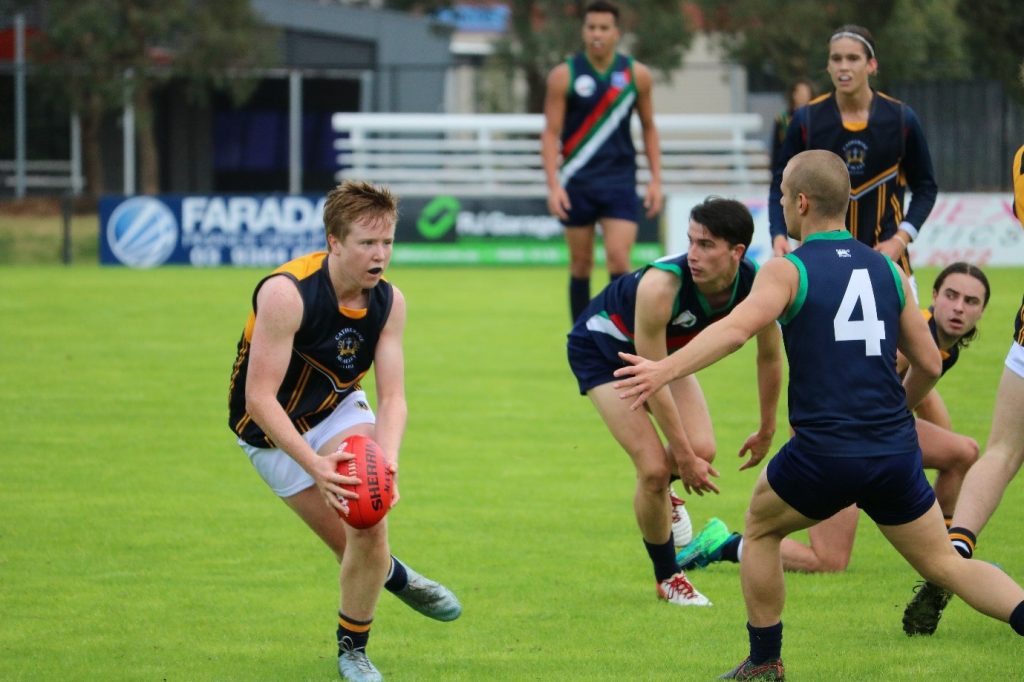 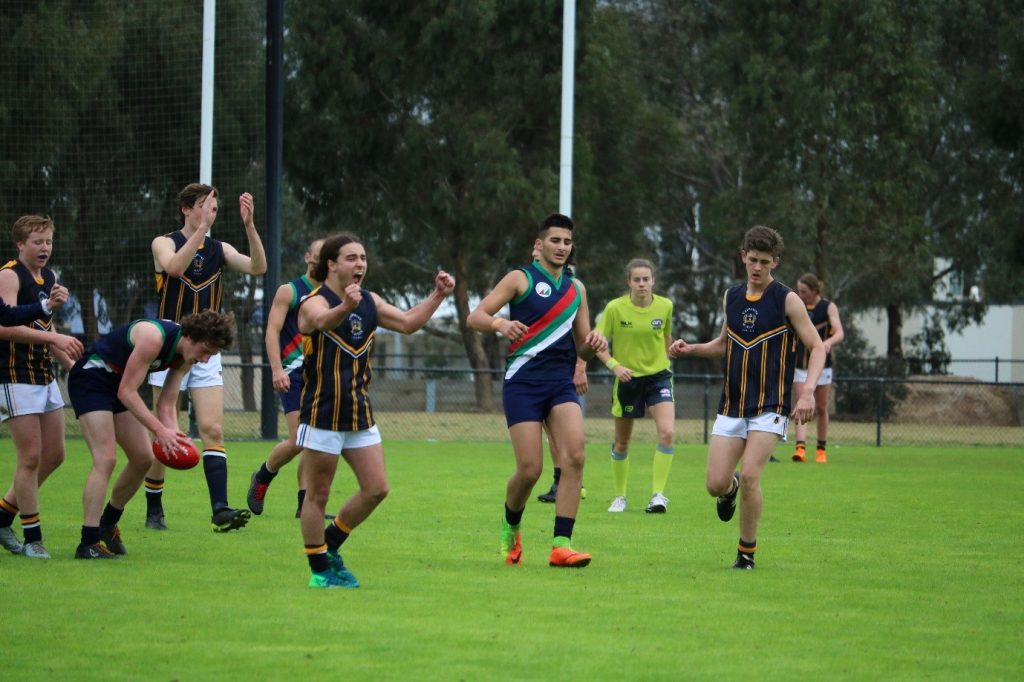 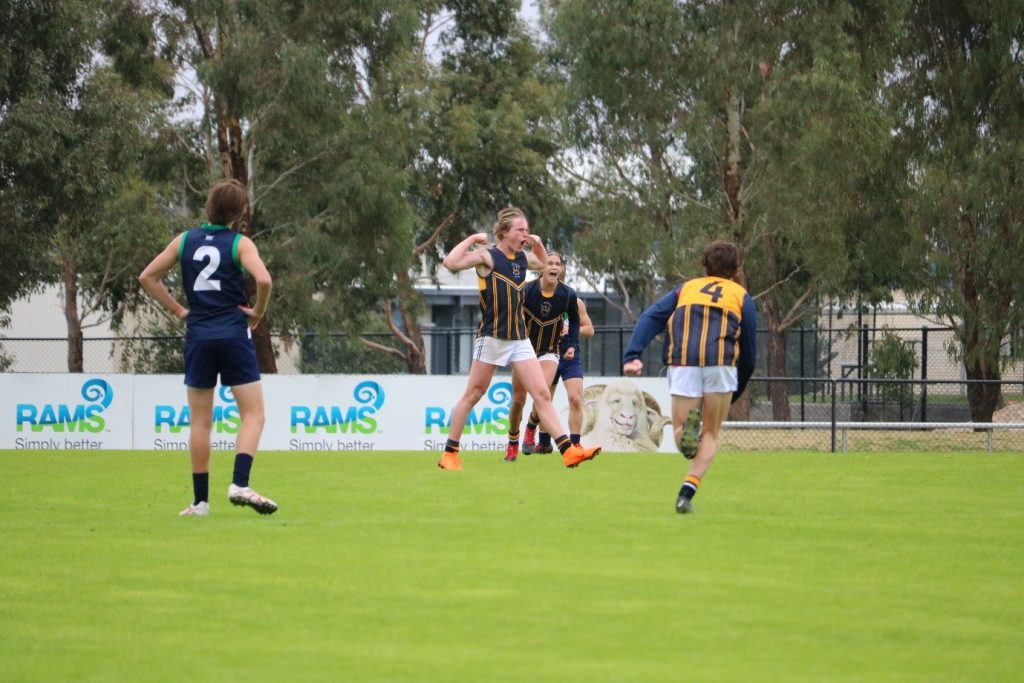 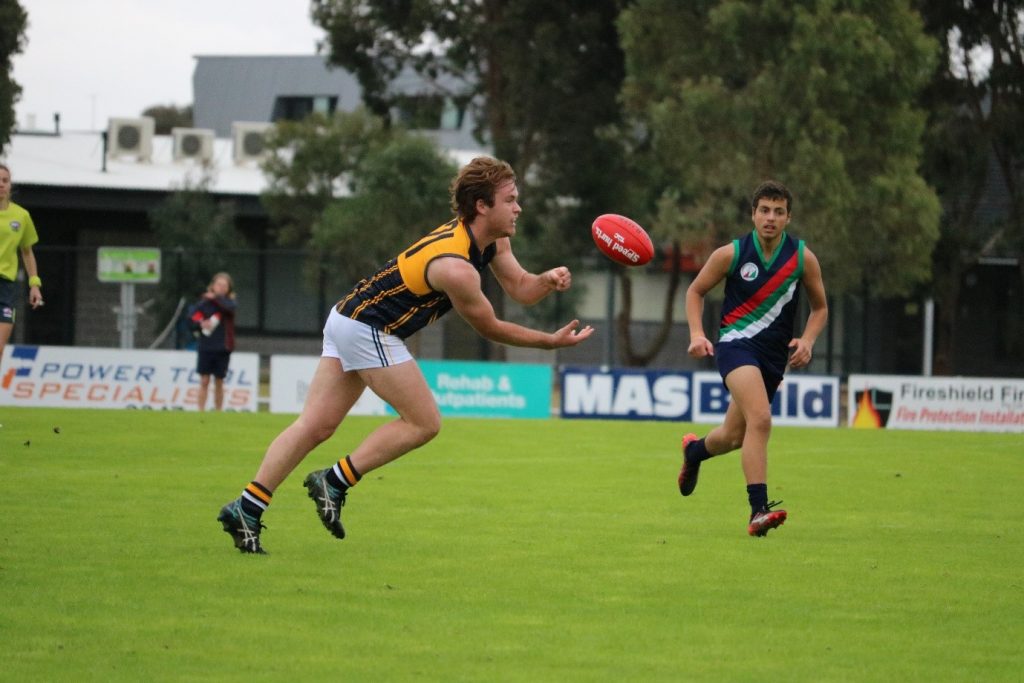 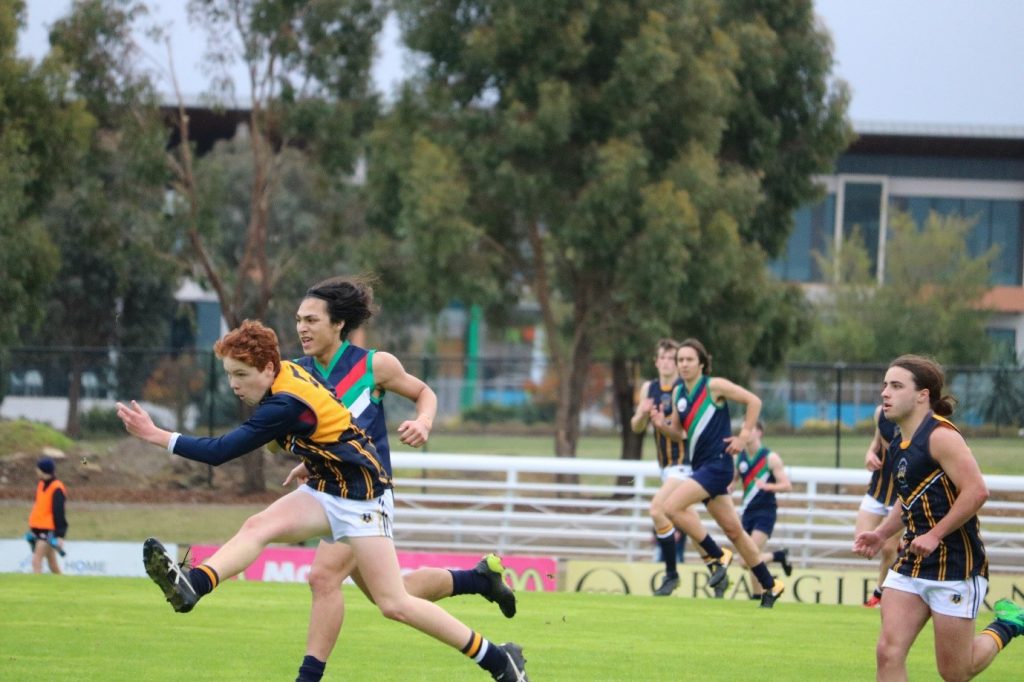 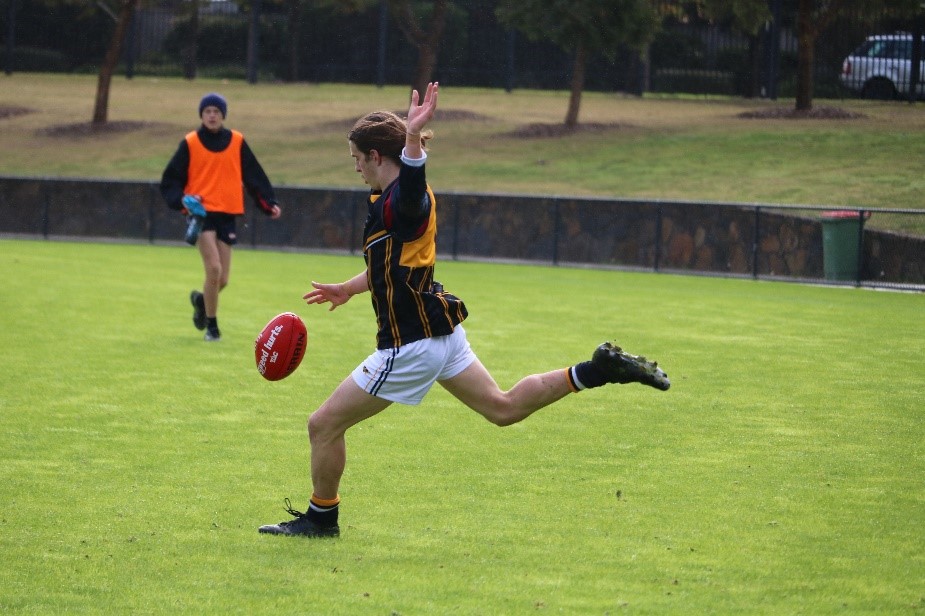