A Community Tribute of Respect and Remembrance…

What began as a small personal tribute by Lynn Berry and Margaret Knight to honour their fathers, who both fought in World War II, has become an international tribute of respect and remembrance to those who have served in all wars, conflicts and peacekeeping operations, their families and their communities. The pair set out to crochet a humble 120 poppies to “plant” at the Shrine of Remembrance in Melbourne for Remembrance Day in 2013 in honour of their fathers Wal Beasley (14/32nd Battalion – Australian Imperial Forces) and Stan Knight (Queen’s Own West Kent Regiment – British Army).

It was this simple tribute of love and honour that sparked a massive community outpouring with an estimated 50,000 plus contributors to the project and hundreds of smaller localised tributes throughout Australia, New Zealand and beyond. Hundreds of thousands of stunning hand-crafted poppies have been contributed from all over the world. Contributors include children as young as two, right through to people aged 102, and from many different backgrounds and cultures. Staff and students at our College have made many poppies in recent years.

Catherine McAuley College has been lucky enough to be gifted a large Poppy Carpet, as well as a number of the hand-crafted poppies by Lynn and Margaret. This was made possible by former student and current parent of a student, Helen Coughlan. Helen was a volunteer with the project and through her links with Lynn and Margaret has secured this significant commemorative gift for the College. We will now work with our students, staff and Helen to discern how we use these items with respect and remembrance as a tribute to those who paid the ultimate sacrifice.

Below: Lynn Berry and Margaret Knight with Helen and Sadie Coughlan and the Poppy Carpet. 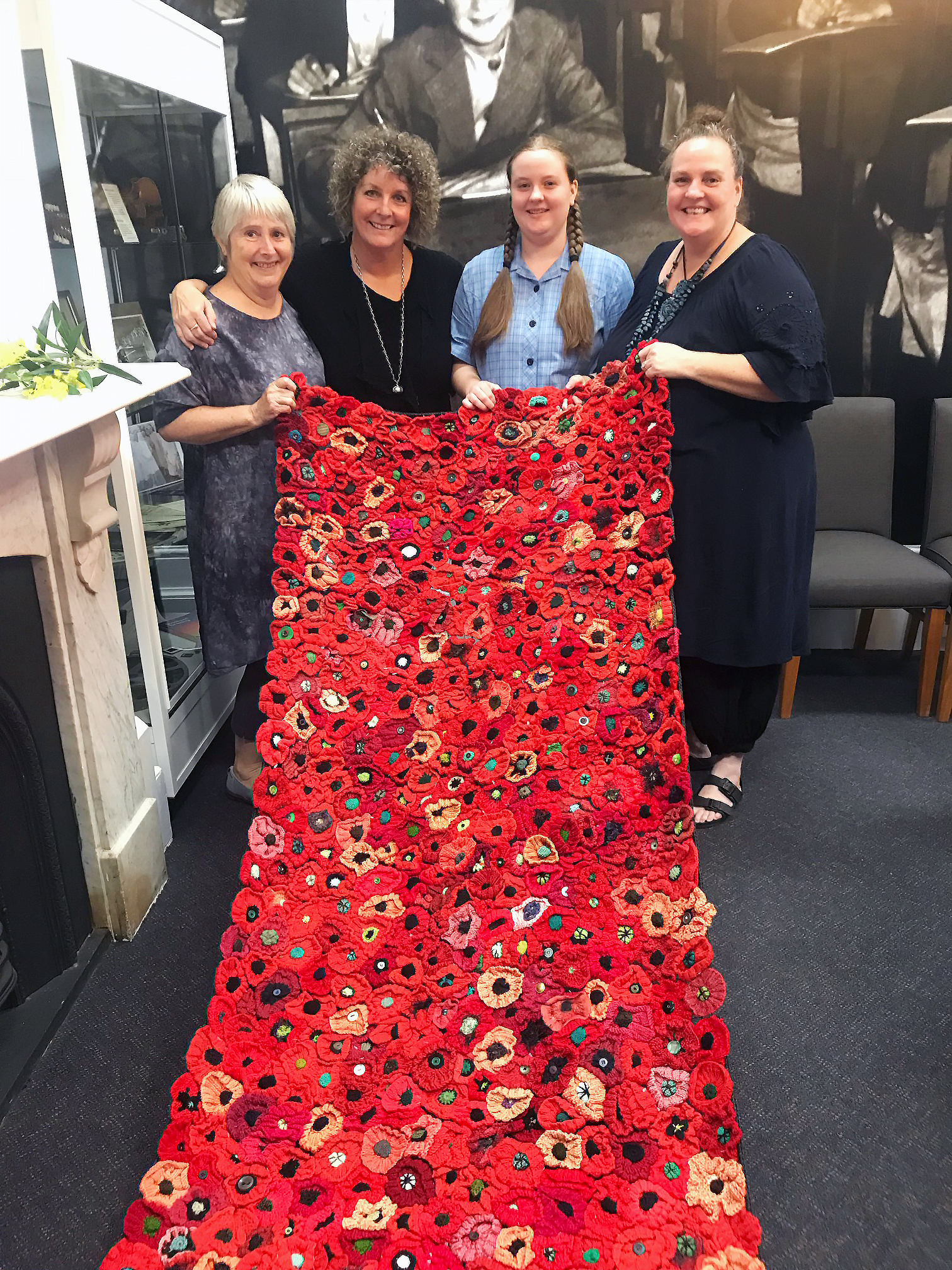