What do you get when you combine thirty active students from Years 7 – 12, three self-made human powered vehicles and Australia’s premier 24-hour schools endurance challenge?

The RACV Energy Breakthrough is a national leader in the educational area of Science, Technology, Engineering and Mathematics (STEM) – and has been here in central Victoria for over twenty-five years. Held in Maryborough, this year Catholic College Bendigo made the journey across for the eleventh year in a row. Three teams from across the school worked together all year, designing, innovating and building their Human-Powered Vehicles (HPVs), while at the same time preparing themselves physically and mentally for the 24-hour trial. Students had to think critically about vehicle safety, efficiency and performance to ensure the best outcome.

Hogan’s Heroes was the Open Category entry, with eight riders from Years 9 – 12. The C category team, Sneaky Mum, had mixed boys and girls from Years 9-12.  Pearcey’s Punks was our Years 7 – 8 mixed team, with many competing in their debut event. The excitement built through the year, as veterans in their sixth race worked alongside the younger students, sharing skills and expertise. The connections go further into the community, as St Therese’s School had help with their preparation from our senior students. Many Catholic primary racers go on to their high school teams in later years.

From the amazing Presentations and Design & Construction sessions to the end of the 24-hour race, the squad dealt with the testing conditions, obstacles and challenges as a cohesive team to celebrate proudly on crossing the finish line. Final overall placings: ‘Hogan’s Heroes’ second, ‘Pearcey’s Punks’ fourth and ‘Sneaky Mum’ fifth. Congratulations to all team members and staff and thank you to everyone who has supported throughout the year and over the weekend. 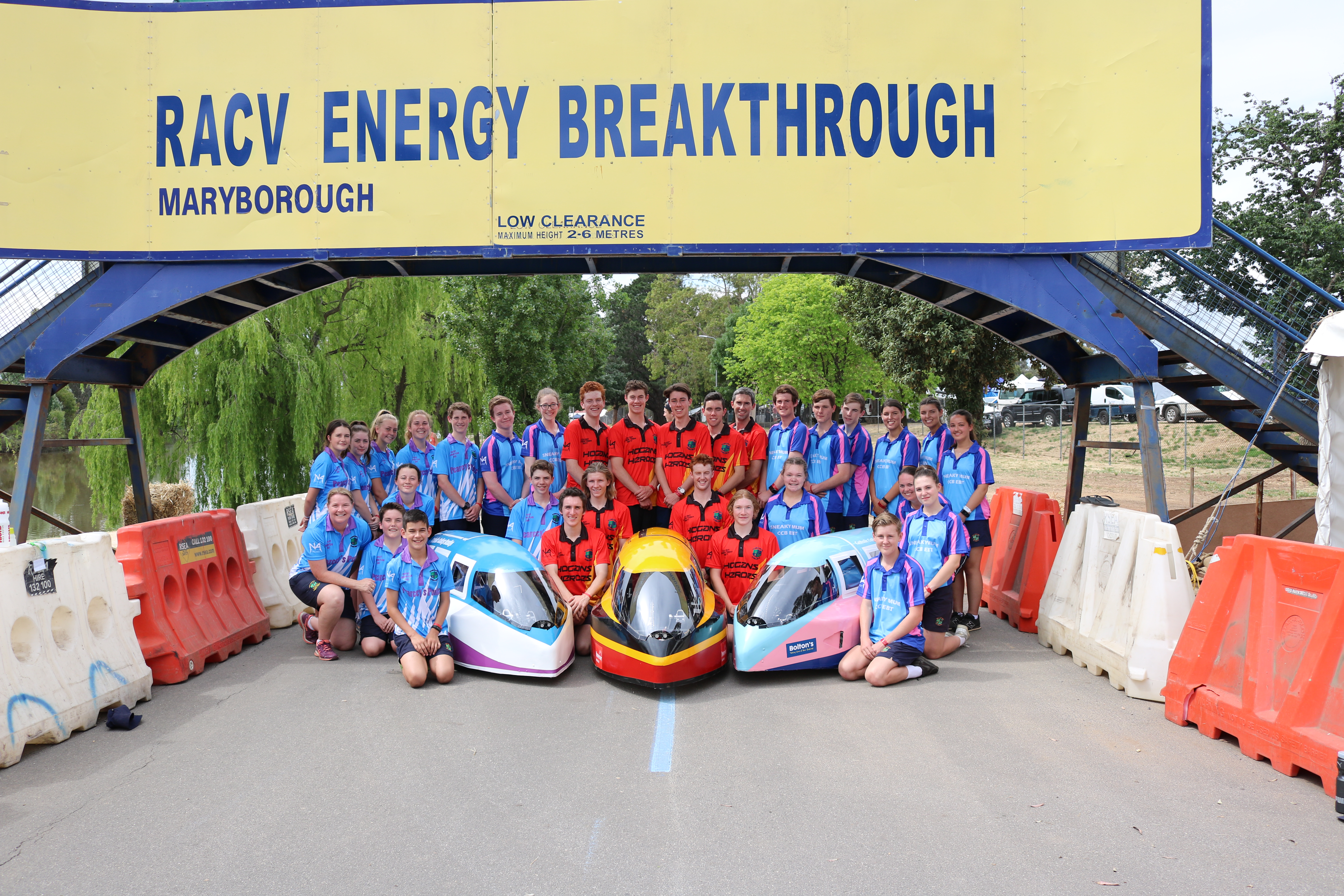